WW3: How Russia could expose US military secrets after Trump blunder – ‘We can stop you!’

Russia allegedly found the remains of a US Tomahawk missile that failed to explode after being launched into Syria, with Moscow claiming it can use the find to jam future missile attacks from Washington. Vladimir Mikheev, an adviser to Russia’s state-owned KRET electronics group, said that the Kremlin’s forces can use the unexploded warheads to develop countermeasures to enemy strikes. He said in an interview in April 2018: “Having this missile in hand, we can clearly understand what channels of communication, information and control, navigation and range finding it has. “And knowing all these parameters, we will be able to more effectively counter these cruise missiles at all stages of their combat deployment.”

Justin Bronk, an air combat expert at the Royal United Services Institute told Business Insider that Russia and Syria likely only have fragments of detonated Tomahawks.

He said: “I don’t know whether Russia or Syria have ‘captured’ at Tomahawk although I’m sure they have plenty of fragments to study from weapons which hit their targets.”

Other Russian figures said that the Tomahawks would yield secrets of the latest missile navigation systems with one calling it “a textbook on materials science, a textbook on technologies falling from the skies”.

The US missiles were brought to Russia by Syria’s forces, representing another setback in the Middle East after President Vladimir Putin became the power broker in the region late last year.

The warheads were reportedly found after attacks on Syria by the US, UK and France in April 2018. 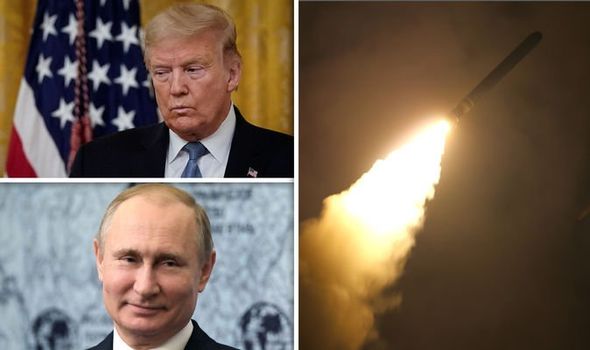 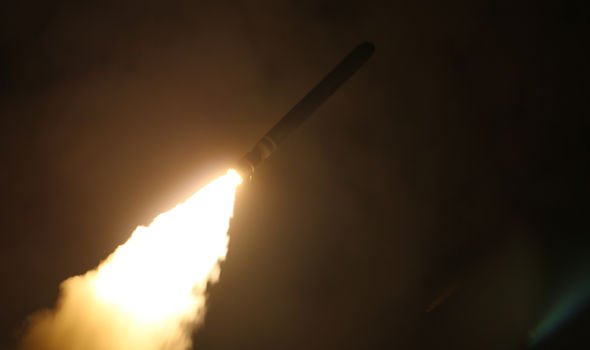 The Western powers said the strikes were in response to the Douma chemical attack against civilians on April, which they attributed to the Syrian government.

President Bashar al-Assad denied involvement in the Douma attacks and called the airstrikes a violation of international law.

The coup for the Russian forces could have disastrous consequences for the US in its already tense missile feud with Moscow.

Russian General Sergey Rudskoy said at the time: “They are now being examined by our experts.The results of this work will be used to improve Russian weapons.” 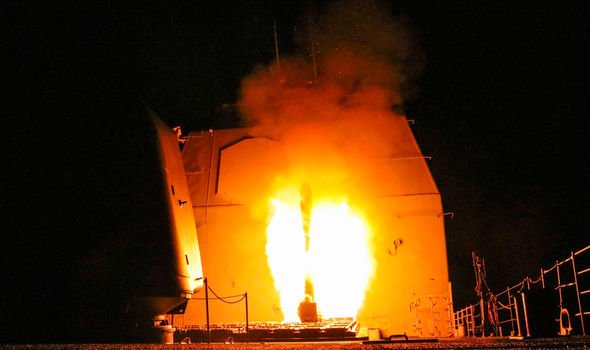 The Russian President also sent a defiant message to the US, claiming Russia will always try to match Washington’s military developments.

Mr Putin added: “The US once sought global domination through its missiles program. They should abandon illusions, we will always respond with a reciprocal response.” 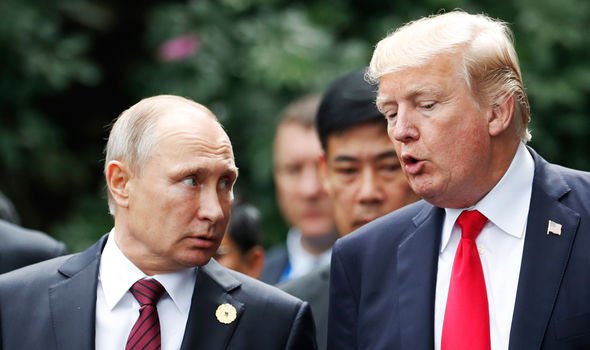 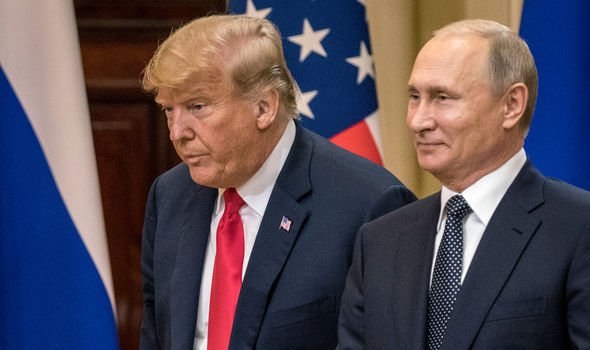 The move came after the Intermediate-Range Nuclear Forces Treaty (INF) was abandoned in February after Putin and Trump failed to reach a resolution.

Signed between Washington and the Soviet Union in 1987, the deal barred the use of the two nations’ land-based ballistic missiles, cruise missiles, and missile launchers with that could hit targets from intermediate range, set at distances between 500km range and 5,500km range depending on the type of system.

President Donald Trump announced in October 2018 that he wanted to pull America out of the INF treaty, accusing Moscow of violating the terms of the nuclear arms agreement.

With a US weapon in its possession, Russia may have gathered crucial intelligence on its enemy’s warheads.