Why Sweden insists it’s the only country following Covid science

With these beliefs, it may seem odd to find Anders Tegnell, the architect of Sweden’s lockdownfree approach to dealing with the pandemic, so optimistic. Or to see Stockholm in full swing, with open bars, live music and smiling, unmasked faces. That’s because state epidemiologist Mr Tegnell believes that so long as people are sensible, normal life can continue.

Health officials say they want to treat the Swedish people as “subjects, not objects” and use clear and sensible advice rather than threats to steer them through.

In fact, Mr Tegnell says, if any country was “following the science” – the phrase favoured by Boris Johnson – sense advice to alert its population.

Long-term lockdowns and facemasks are not the answer, he believes. “I can understand some countries situations were so bad they needed to do something drastic and it was tempting to lockdown,” he says.

With an increasingly fraught situation in the UK that has seen rebellions in Parliament and scientists arguing, Mr Tegnell says his approach had the full support of his government. “I have not felt under pressure to change course.

We have a nice consensus among many scientists, the population, politicians and other agencies and we believe we are moving in the right direction doing the best we can in a very difficult situation. 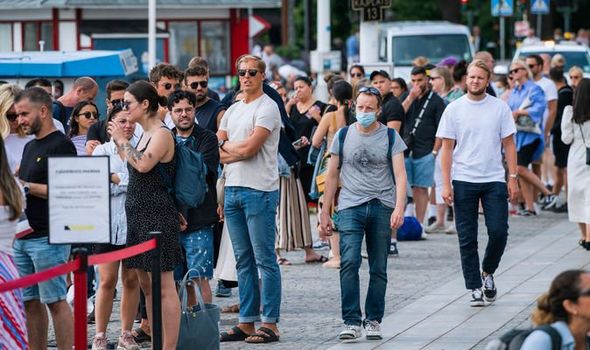 “Lockdown can be used appropriately in some places for a short period but most countries agree that this is not appropriate for the long term.”

Nor had he succumbed to pressure from other countries or the EU. “No,” he says. “This is a national mandate.”

Health secretary Matt Hancock suggests that infections needed to be controlled, including by the use of restrictive lockdowns, until the “cavalry” – a vaccine – arrives.

Mr Tegnell says: “We don’t know when we will have a vaccine. We do know from experience that viruses are very difficult to control or get rid of, and even with a vaccine we will have Covid-19 for the foreseeable future.

“This will be one more disease we will need to take into account when we work out how best to protect our elderly and so on.”

Asked if he believed the disease could ever be eradicated, he says: “This is not possible on a global level. We only ever eradicated smallpox and we have never had eradication of a respiratory virus.

“A vaccine won’t change things in the short term. Even if we had a vaccine early next year it would take a year to a year and a half to vaccinate the population. We would need a lot of vaccine all over the world and we are not sure whether we can get an effective vaccine or effective drugs as this is a difficult disease to treat.”

On face masks, Sweden has also gone it alone. “Reasons to believe face masks will make a lot of difference is very weak,” he says. “We prefer half empty buses than full buses with facemasks.”

Social media has been blamed for much of the panic and fake news around the virus, and Mr Tegnell says the digital world may have played a part in the reaction.

“This response may not have happened 20 years ago,” he says. “We had Asian and Hong Kong flu and we didn’t do the same thing.”

Children’s education, as well as their mental health, was also at the forefront of decision making.

Unlike many countries, including the UK, Swedish schools remained open through the spring. 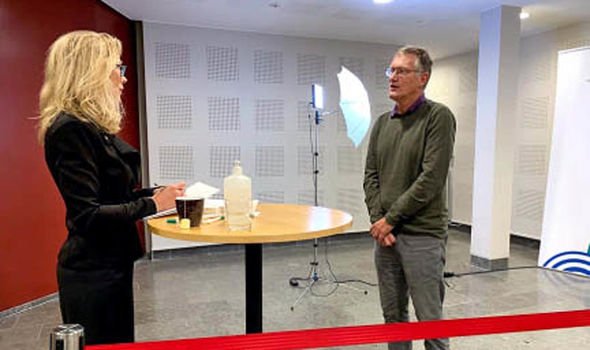 “We knew there would be side-effects of closing schools – keeping them open is extremely important for children’s health,” he says. Karin Tegmark Wisell, head of the Department of Microbiology at Sweden’s public health agency, says voluntary compliance had been key, combined with “continual reports” from local authorities and solid communication.

“We thought it would be easier to be inclusive and treat people as subjects and not objects and felt this would work for a longer time,” she says. It was, she believes, important to gauge the impact on any measures on society as a whole and not just on Covid deaths.

“Any measures that we suggested strive to be based in science,” she says. “We decided it was important to have a one societal complete health care approach, not just an approach that looked at the consequences of the pandemic as such.

“We also had to think about, for example, children not going to school and the side-effects of a more severe lockdown. 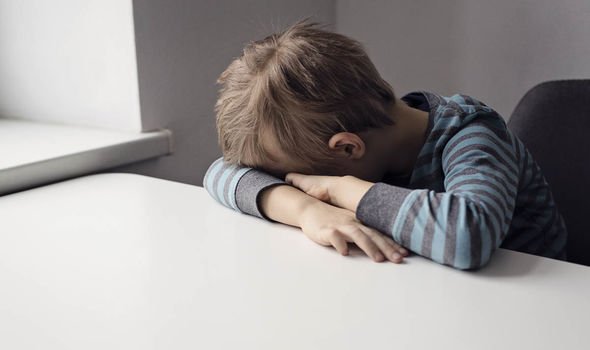 “We had modellers estimating death numbers but we decided it was important to take in all aspects and bring in different discussions and research to make our assessments. It is hard to know where we will end up in a year or two on death rates and all-cause mortality. But we needed to think about the consequences of our actions and the side effects.”

Rising numbers of infections have caused fears of a second wave throughout Europe. It is this that led to the UK local lockdowns, the ‘rule of six’ and threat of a national shutdown.

In Sweden, too, infections are growing but Mr Tegnell says: “We know this is partly due to the increasing number of tests that we are doing. We are happy that very few of these will need to go to healthcare settings and fewer still to ICUs, so for now this is not so much of a worry.”

Mr Tegnell was initially a hate figure among many Swedes – particularly after large numbers of care home deaths – but his popularity has risen so much that people now display his face on T-shirts and even tattoos.