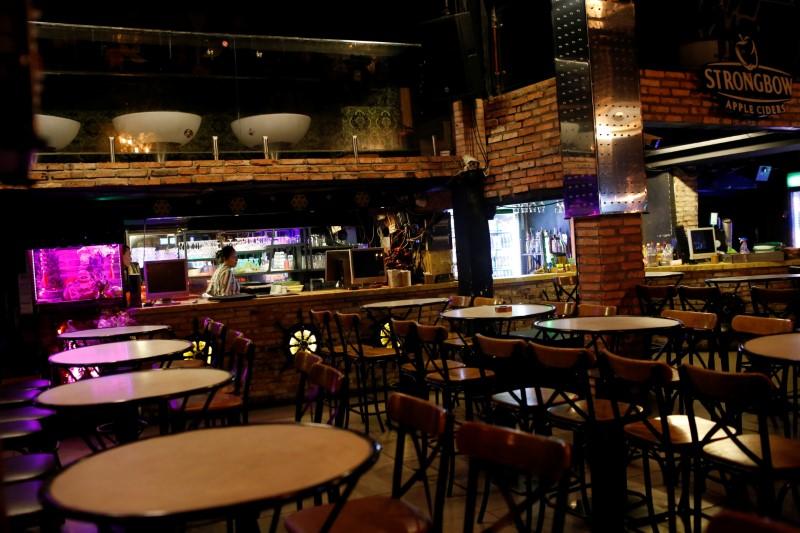 HANOI (Reuters) – Restaurants in Vietnam’s business hub, Ho Chi Minh City, must close until March 31 to help curb the spread of the coronavirus, the city’s ruling body said on Tuesday.

Ho Chi Minh City has recorded 39 cases of the virus, most of which were imported from Europe, and has already closed cinemas, clubs, bars, massage parlors and karaoke lounges since the virus outbreak began.

“All restaurants with a capacity of over 30 people across the 24 districts of the city must cease operations from 18:00 March 24, until the end of March 31,” the city’s ruling body said in a statement.

The move has been taken because some infected people spread the disease at popular restaurants and bars in the city, according to Vietnam’s health ministry.

In mid-February, Vietnam said all 16 of its confirmed coronavirus cases had recovered, but it has since been battling with an influx of imported cases from overseas visitors and Vietnamese citizens escaping outbreaks elsewhere.

There are now 123 cases in the Southeast Asian country, but no reported deaths, according to the health ministry. Over 50,000 people are in quarantine.

The next 10-15 days will be decisive in Vietnam’s fight against the coronavirus, Vietnam’s prime minister Nguyen Xuan Phuc said on Monday.