Temperatures have so far this week been relatively mild in the low to mid 20s, but a high-pressure system known as the “Bermuda High” will move in towards the end of the week. Water bosses have warned Brits to conserve water to avoid a hose pipe ban as hot weather is set to return this month, with forecasts of up to 36C in London and the South of England by July 15.

According to WXCHARTS weather maps, Tuesday will see temperatures up to 20C across England and an average of 15C in Scotland and by Wednesday it will increase to 24C in the south of England.

Mr McGivern added: “By the end of the week, high pressure to the West increasingly influences much of the UK. 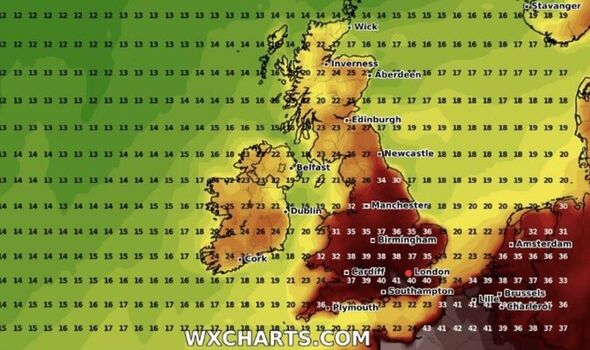 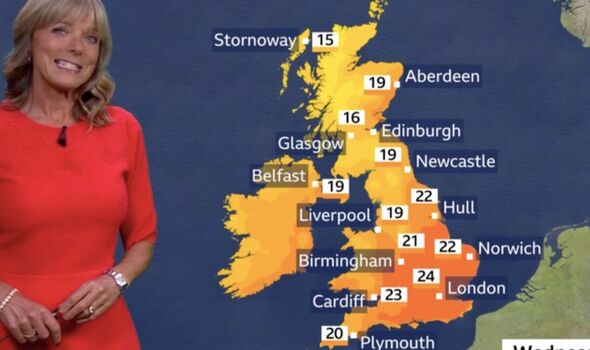 “This is coming from the Azores; it’s migrating towards the UK…that high is extending its influence across more and more of the UK.”

With the increase in temperatures at the latter end of this week and for the rest of the month, pollen levels are expected to be incredibly high.

BBC meteorologist Louise Lear noted that this weekend there will be “pretty high if not very high pollen across the majority of England and Wales and even into Southern Scotland.” 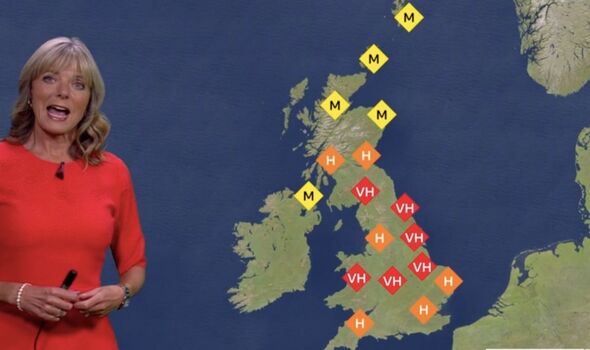 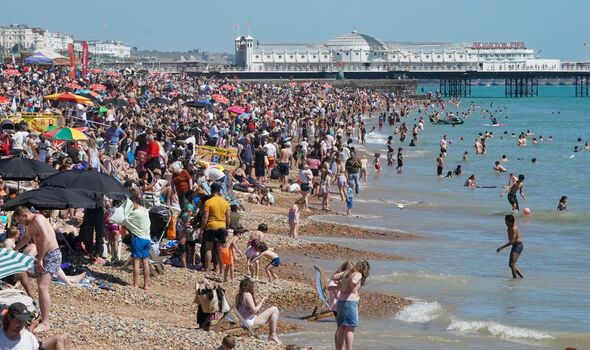 According to WXCHARTS and weather experts, by July 17 and 18 temperatures could soar to a scorching 41C.

The Global Ensemble Forecast System (GEFS) is a weather model by the National Centres for Environmental Prediction (NCEP), forecast temperatures of 40C in the south of England on July 18.

James Madden, a forecaster for Exacta Weather said: “We are about to see a period of very warm weather which could hold out for seven to 10 days and bring a major heatwave to Britain.” 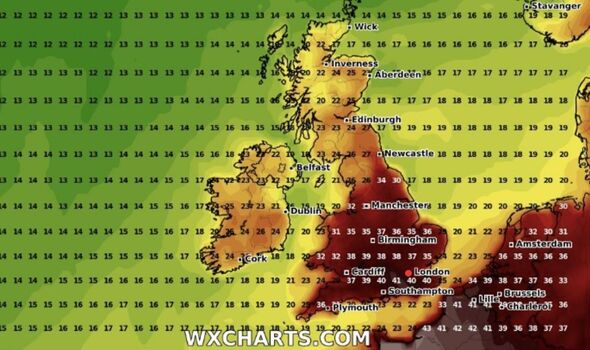 Amid concerns for soaring temperatures later this month, the Environment Agency has warned Brits about their water consumption.

A spokesperson said: “People should use water wisely and follow advice from their suppliers.

“Further hot, dry weather could put pressure on some areas.

“We will continue to take action where necessary.”