The Met Office is currently predicting sky-high temperatures and “settled” and “dry conditions” for the rest of the week, with an amber warning for extreme heat currently out across the south and Midlands. Meteorologists have also predicted the UK might have its hottest day this year, with temperatures potentially reaching 33C on Tuesday in London and the South East.

Temperatures could rise even further later in July, with some forecasts predicting 40c heat at the end of the month.

Met Office meteorologist Dan Stroud said: “It’s possible. It’s not outside the bounds of possibility that we’ll see temperatures in excess of 40 degrees.

“Towards next weekend, temperatures are rebounding and heading back into the 30s.

“Next weekend we’re looking for temperatures to exceed 32 degrees across England and Wales, but there is a core running from Hampshire through central London and the south-east into East Anglia where temperatures could exceed 35 degrees.” 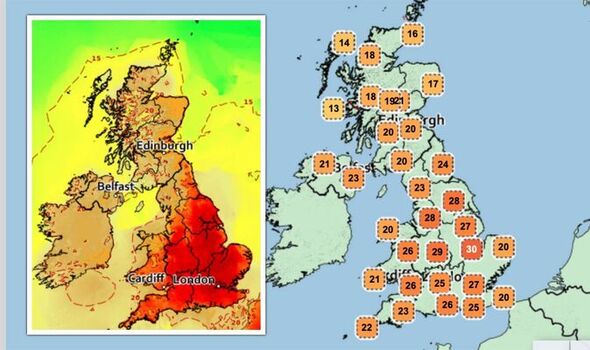 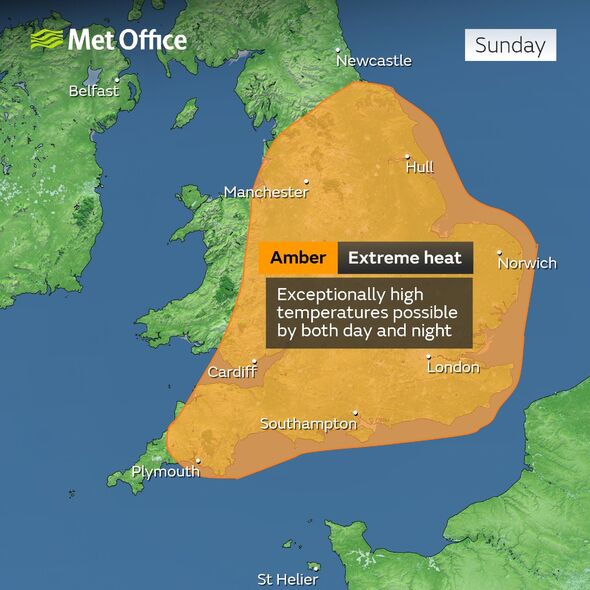 Where is the hottest place in the UK today?

According to the Met Office, the hottest places in the UK this afternoon are Cambridge, Peterborough, King’s Lynn and the surrounding areas.

The most recent maps show as of 1pm, temperatures are between 30C and 32C.

The south of England is feeling the brunt of the heat today, with Met Office temperature maps blood-red across London and the south east. 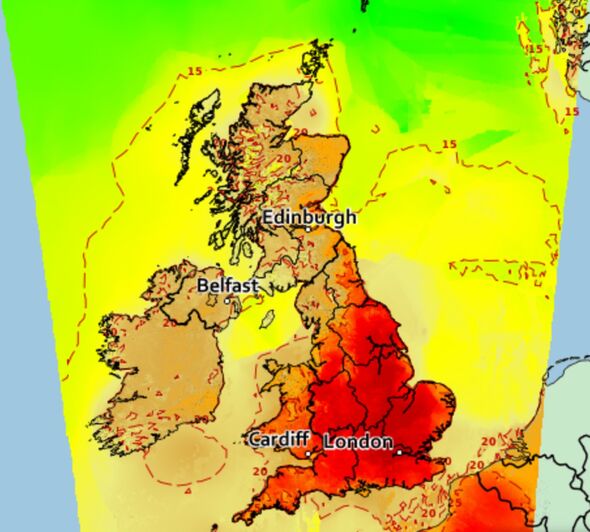 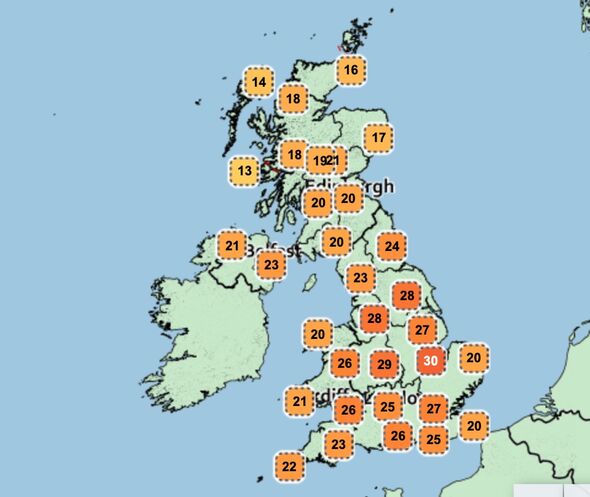 London has already recorded 28C today, with the potential to go higher as the day goes on.

But temperatures are surprisingly high in the North East, particularly in Yorkshire with Hull and Leeds recording extraordinary highs of 30C this afternoon.

Things are a touch cooler in Birmingham, where Met Office maps show temperatures of around 28C expected to last throughout the rest of the afternoon.

The North West is also recording slightly cooler temperatures, but still balmy with 24C in Liverpool and 22C in Carlisle. 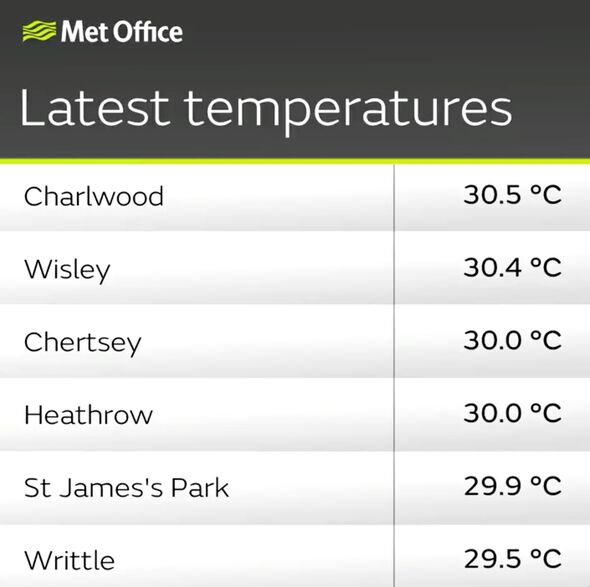 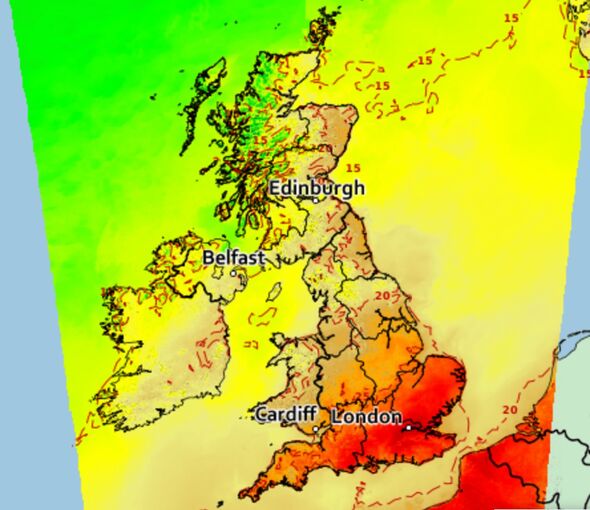 The west of Scotland will see temperatures of 18C to 20C this afternoon, much cooler than the rest of the UK.

But Scots in the north east will be enjoying a refreshing warm blast, with 24C expected in parts of Aberdeenshire, Fife and in Edinburgh.

Wales is also getting its fill of the hot weather today, with highs of 24C in central Wales, while some coastal areas in the west feeling highs of 26C.

How long will the hot weather last?

The hot weather is expected to last throughout the rest of the week, with temperatures as high as 28C expected in parts of the UK on Sunday.

There is expected to be a brief respite from the sweltering heat next week before temperatures rise again at the end of the month.