Hundreds flocked to beaches and open water over the weekend as some areas saw temperatures of 36C. But showers across the UK are now forecasted over the coming week, with some areas being put on weather warnings as the risk of flash flooding increases. Drought has been declared in areas up and down the country, with dry conditions being the root cause of upcoming flooding. And this is not the end of the dry conditions, as weather maps from WX Charts show temperatures creeping above 30C for the last week of August.

Southern and central England could see highs of 32C on August 26.

Experts have warned that the UK would need weeks of rainfall to replenish supplies after the extreme conditions.

Last month saw the driest July on record since 1976, with temperatures peaking at 40.3C, beating the previous record.

Hosepipe bans have been implemented across the UK as water companies desperately try to replenish supplies. 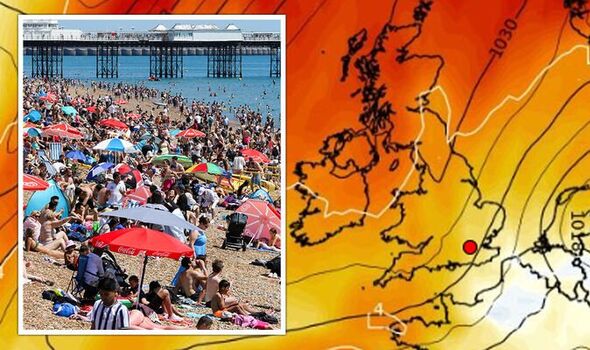 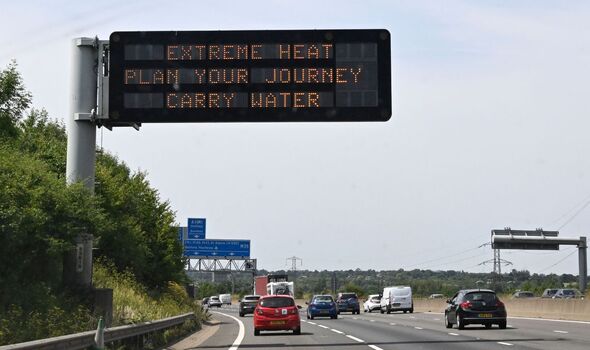 But while the UK is in need of rainfall, the Met Office has warned that this could lead to flash flooding as the ground is too dry to absorb water fast enough.

They have now issued a warning for thunderstorms and torrential rain for the whole of Tuesday in England and Wales.

It warned: “While some places stay dry, others are likely to see thunderstorms with torrential rain bringing some disruption.

“Flooding of homes and businesses could happen quickly, with damage to some buildings from floodwater, lightning strikes, hail or strong winds. 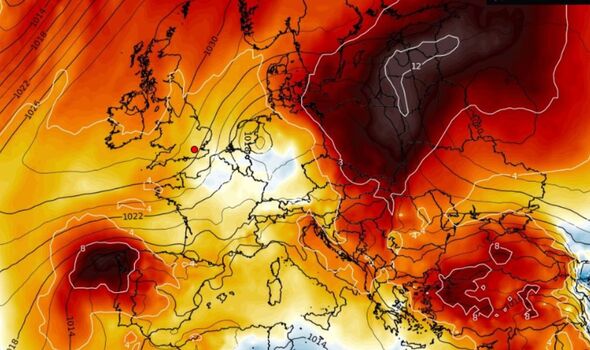 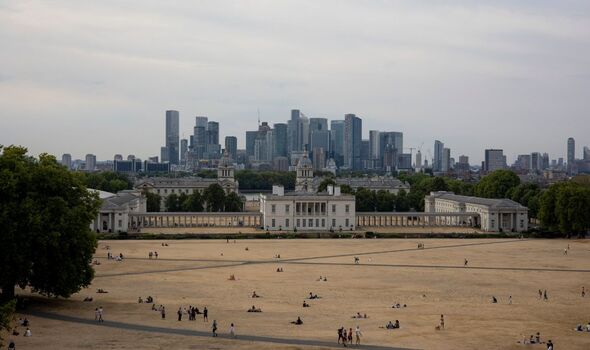 “Fast flowing or deep floodwater is possible, causing a danger to life. Where flooding or lightning strikes occur, there is a chance of delays and some cancellations to train and bus services.

“Spray and sudden flooding could lead to difficult driving conditions and some road closures. Some communities might become cut off if roads flood. Power cuts might occur and other services to some homes and businesses could be lost.”

The Met Office has issued a yellow thunderstorm alert for Wednesday across the south of England.

Patrick Goulbourne, the London Fire Brigade’s Assistant Commissioner, said: “It is really important that Londoners – particularly those living in basement properties – are prepared and know what to do should a flood occur. Pay attention to weather alerts and prepare a flood kit or grab bag. People can use sandbags to limit the water flow and move belongings to a higher level.” 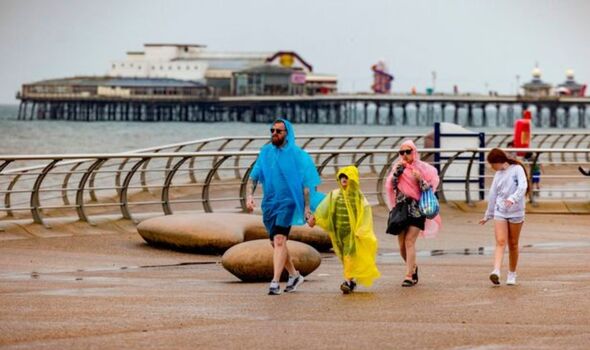 Met Office forecaster Aidan McGivern said: “The heatwave is now ending and it is ending for many in a bang but thunderstorms over the coming days will be hit and miss as is often the case.

“We’ve seen some wet weather as we’ve started the week across central and eastern Scotland and that continues during Tuesday morning before fizzling out slowly.

“Drier brighter weather coming in from the north west but as temperatures rise across England and Wales that is where the most intense showers will be during Tuesday the risk of thunderstorms, the risk of slow moving showers and heavy downpours, hail, lightning and so on.

“But you can see by the speckled nature of these showers that they are going to be very variable across the country with some places seeing an awful lot of wet weather in a short amount of time and others missing out entirely and seeing some brighter interludes. So hit and miss thunderstorms causing some impact in places such as flash flooding.”