MADRID/VILAR FORMOSO, Portugal (Reuters) – Spain set up police checks at its land borders with France and Portugal on Tuesday and turned back foreigners attempting to enter, part of strict measures to prevent the spread of the coronavirus in Europe’s second hardest-hit country. 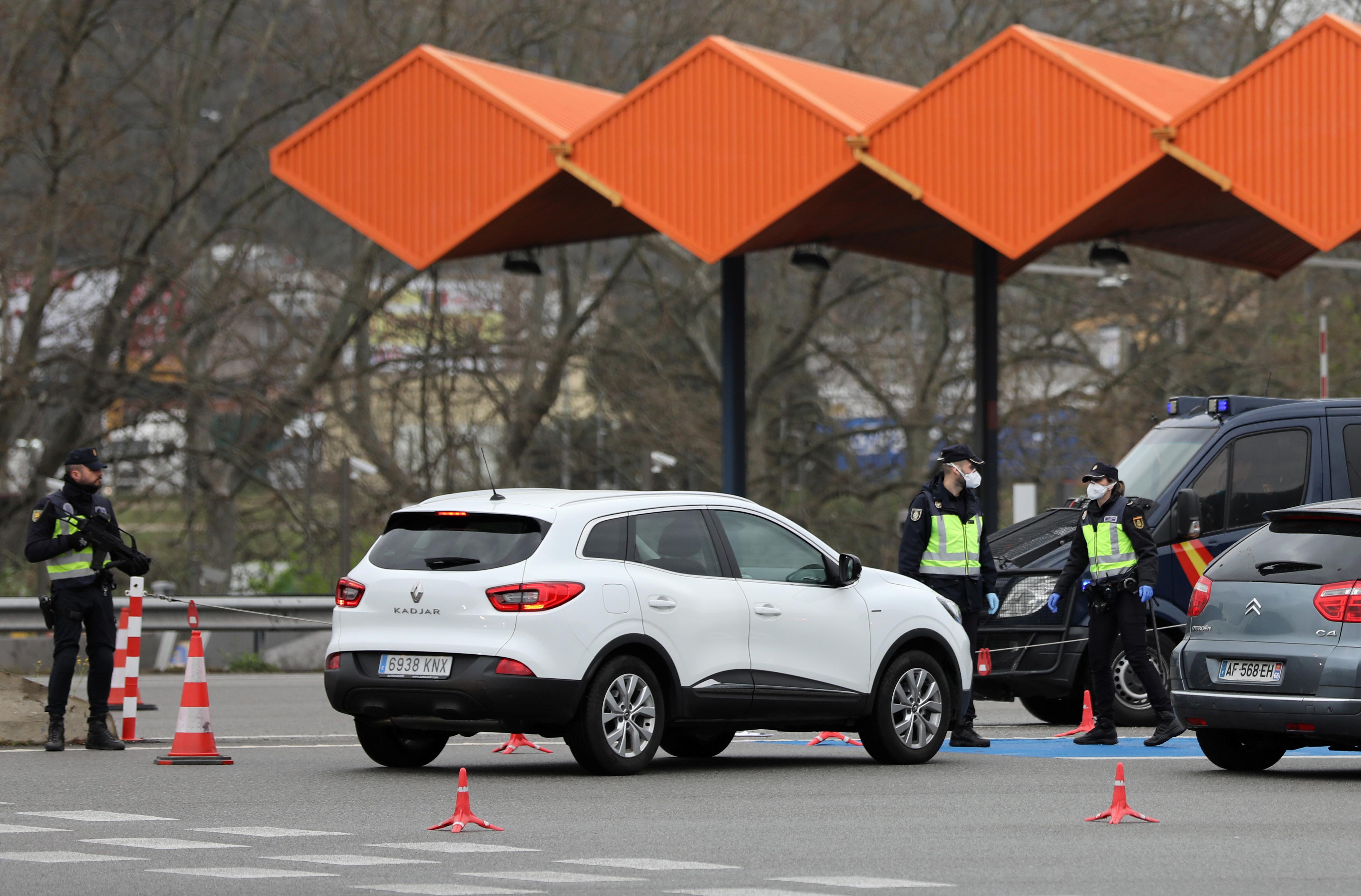 The government reported 182 new fatalities overnight, bringing the total number to 491 and making Spain the country with the world’s fastest-rising death toll after Italy. The number of infected topped 10,000 for the first time to 11,178.

Spain shut its land borders on Monday to all but Spaniards, permanent residents and trans-border workers. Trade in goods is not affected. The Balearic Islands – among Europe’s most popular holiday destinations – closed its air space to visitors.

Cars queued to get into Spain at Vilar Formoso in Portugal as Spanish police wearing protective face masks and latex gloves checked identities and turned back vehicles carrying passengers without permission to enter.

Joaquim Silva, a Portuguese man, wanted to drive through Spain to get back to France, where he has lived for more than 50 years.

“It’s terrible because we live there (in France), we have family there, we have health problems that are being treated there,” he said. “Here in Portugal we do not even have a family doctor.”

Spain’s 47 million people have been under partial lockdown since Saturday night, allowed to leave their homes only to go to work, buy food or visit a pharmacy or hospital.

Spain plans to pay benefits to workers temporarily laid off, part of measures to mitigate the economic effects of the coronavirus epidemic, according to a government draft document.

It is also considering ordering mortgage suspensions for those whose employment has been affected by the outbreak, a source with knowledge of the matter said.

Hundreds of thousands of Spaniards have been sent home temporarily from companies such as Volkswagen (VOWG_p.DE) and Burger King since the outbreak.[BKCBK.UL]

More than half of jobs in Spain are dependent on small or medium-sized companies in a country with one of the developed world’s highest unemployment rates.

“I have a little saved up, but I have absolutely zero income at the moment,” said Raquel Las Heras, who runs a booth selling lottery tickets in Albacete, in south-east Spain. “If I stay home like this, I reckon I can last about two months.”