A singer who invited his son on stage to perform one song with him has been hit with a child labour fine.

Folk singer Angelo Kelly, 39, was fined 3,000 euros (£2,600) for being in contravention of Germany’s strict child labour laws after four-year-old William joined him for a rendition of What A Wonderful World.

Hassfurt administrative court in Bavaria handed down the fine for the 2019 appearance at an open air summer concert which happened at 8.20pm. 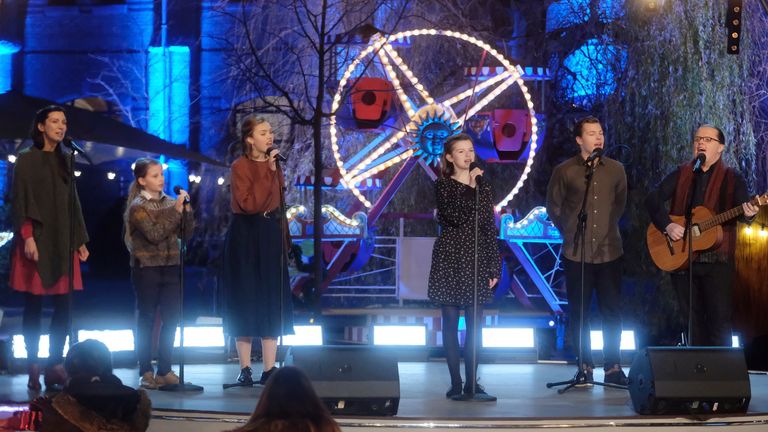 Children aged three to six can take part in musical performances under German law for up to two hours a day, but only with official approval and only between the hours of 8am and 5pm

According to the DPA news agency, the court heard: “During this performance, the child William stood for at least 30 minutes on the stage where he played along, sang along and interpreted his own song.

“This is is considered work by the Youth Labour Protection Act.”

Kelly, who is popular in Germany, said on his Facebook page he would appeal against the verdict.

“As a father, the well-being of my children is the most important thing for me,” he wrote. “William was and is never obliged to appear with us at our shows.

“If he did it, it was because he wanted to.”

Kelly’s lawyer, Julian Ackermann, criticised the ruling, saying that interpreting a “brief appearance on the stage in the presence of one’s mother and siblings at a concert given by one’s own father” as child labour was legally wrong and “far removed from the facts”.