Terrified witnesses reported their Russian town turning “pitch-black” after a nearby volcano erupted on Wednesday. The explosion from the Ebeko volcano blanketed the city of Severo-Kurilsk in ash, revealing a “post-apocalyptic landscape”. Footage from the Kuril Islands showed snow covered in ash and soot in the aftermath of the eruption.

The ash rain reportedly caused panic among local residents, who live in a volatile volcanic region.

The Ebeko volcano is one of 36 active volcanoes of the Kuril archipelago.

Local media announced that columns of ash from the explosion reached a plume as high as 3.6km.

JUST IN: Zombie outbreak: THIS is how a zombie apocalypse would look 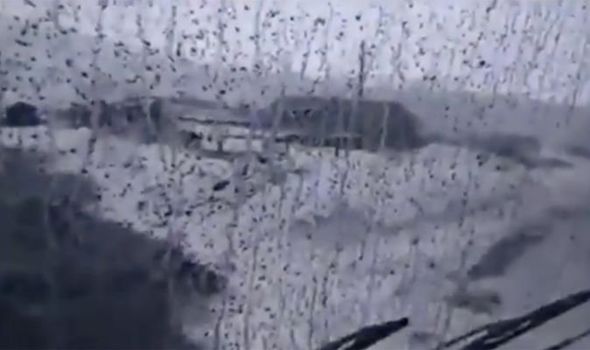 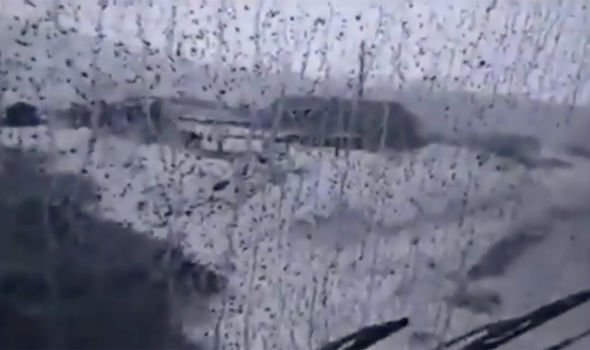 However, the situation could worsen for the town of around 2,500 people on the island of Paramushir according to the experts.

A report from the Kamchatka Volcanic Eruption Response Team (KVERT) said a “moderate eruptive activity” of Ebeko was ongoing.

But, they warned that explosions of ash up to 6 km “could occur at any time.”

The ash columns from the Ebeko eruption spread 10 km in the southeastern direction of the volcano. 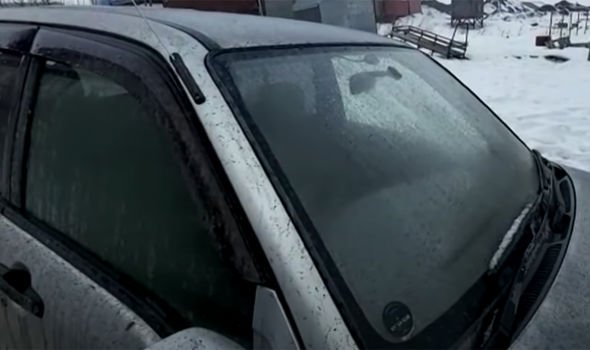 Experts say that the continued activity of the volcano could impact the low-flying planes and shut down the Severo Kurilsk Airport.

Officials have issued an orange flying level warning, meaning that the volcano has a strong possibility of another explosion. 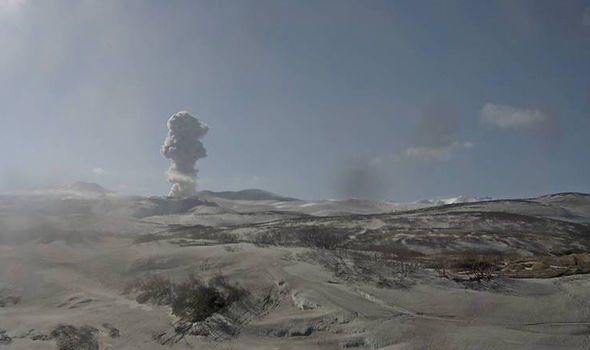 A 5.3-magnitude earthquake struck off the Kuril Islands last Tuesday afternoon, according to the Sakhalin branch of the Geophysical Service of the Russian Academy of Sciences.

This follows last month’s earthquake which even prompted a tsunami alert on the island.

The strength of the quake was so strong that it wiped out supermarket shelves.

However, emergency officials later confirmed that only a small tsunami wave of about 50 centimetres (1.6 feet) high had hit the shore.