Lyudmila Anikeeva threw a mouldy shoe at the mayor of the Russian city of Uglegork for his failings in offering her appropriate housing. The woman brought the mouldy shoe from her house in order to show the extent of the housing crisis that she is currently facing. Ms Anikeeva currently lives in a dilapidated house and has been told that she would be moved into a more comfortable apartment, but according to her, Russian government officials had kept lying and have failed to do so.

In video of the heated exchange, Ms Anikeeva steps up to the microphone in order to speak directly with the mayor and air out her grievances.

The resident of Sakhalin was offered another run-down shack despite promises to improve her living situation, fuelling her rage.

She pulls out her mouldy shoe and begins to get louder, then flicking the mouldy shoe behind her head before launching it at the mayor, full force.

Only a few seconds later Ms Anikeeva is escorted out by security guards as her outburst ends. 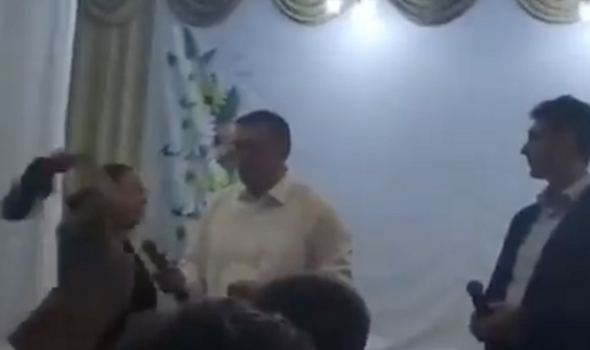 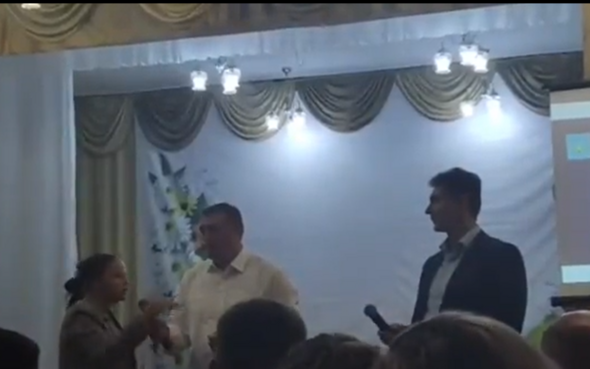 The exchange sparked furious criticism on social media, with users noting Russia should be addressing domestic problems far more than focussing on waging war on Ukraine.

Twitter user @Eigen_Naam said: “Uglegorsk type of housing is very typical for a lot of Russian (as well as Belarusian) cities. With these domestic problems, one can hardly understand why Putin spends so much money outside of Russia, on a war where nobody benefits from.”

@RomanianinSwe said: “Meanwhile, Russia fired 90 million dollars worth of missiles into Ukraine the other day. And that’s just one day.”

@BunkerHunter said: “Crazy idea: instead of wasting billions in a war, ahheemmm sorry, special operation and destroying billions of worth military equipment, build infrastructure for your population. It’s crazy, I know, but might be the better investment.”

@SovietEmbassy said: “Good reflexes, was able to stop the shoeMARS.”

@IstavanHabodas said: “The old woman is braver than all the men in the room…..shame on you.” 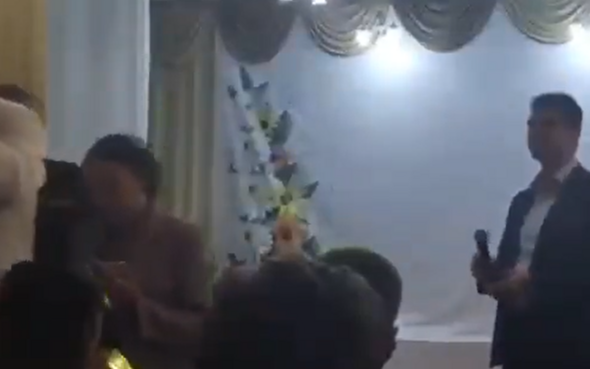 Putin has been presenting Russia through state media channels as united and peaceful, but in reality, many of his own citizens are missing out on everyday necessities whilst he spends a billion pounds a day on his illegal war in Ukraine.

Public sentiment is not as supportive as he would like it to be.

Samuel Ramani, Associate Fellow at Royal United Services Institute for Defence and Security Studies, has discussed the topic of Russian citizens feeling disconnected from Putin and the war in Ukraine.

Mr Ramani said: ” “Although the Russian media has called for a total mobilisation in support of the war and constantly warns of World War III, apathy towards the war is growing in Russia.”

He added: “Overall, the Levada Center data shows that Russian propaganda and sanctions have not united Russians around the war to a greater extent than when it started.”