The Ukrainian military has been filmed exercising a successful defensive operation to prevent Russian missiles headed for central Ukraine. A collection of missiles on course for Dnipro were destroyed in a calculated mission by President Zelensky’s air defence. The video begins by showing a series of bright, burning explosions across the middle of the sky. A side angle shows two missiles collide in mid-air in a huge bolt of fire, before debris rains towards the ground.

Footage of the Ukrainian defensive operation emerged on Visegrad 24, a news network serving the Czech Republic, Hungary, Poland and Slovakia.

The blast of the impact is heard echoing across the scene in the crackling audio of the clip, alongside alarms sounding in the distance.

As the video pans to the left, you can see several smoke trails arching up into the sky, suggesting numerous counterattacks were launched to repel the missiles heading for Dnipro.

The city has become an apparent target of the Russian occupiers in recent days following missile attacks on the smaller city of Kremenchuk, to the northwest of Dnipro. 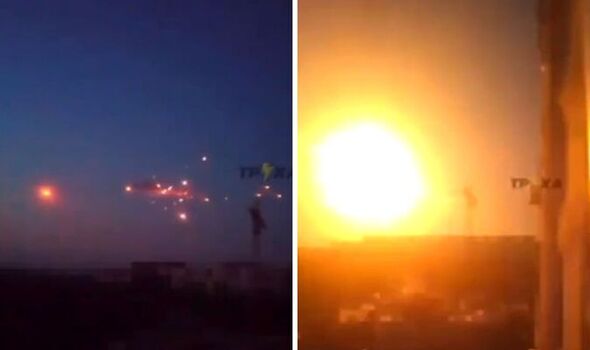 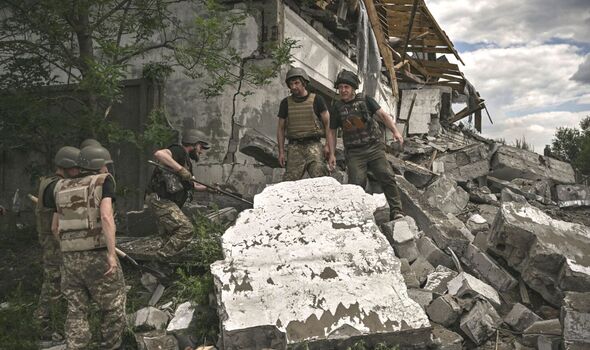 The Mayor of Dnipro, Borys Filatov confirmed his city was under intense attack from the Kremlin’s military last week.

In a desperate post to social media, the Mayor said: “Strikes. Don’t come out of your shelters. Don’t post photos or videos.”

Governor Valentyn Reznychenko said rescue workers were searching for people under the rubble of destroyed infrastructure in Dnipro, following an “enemy attack.”

Nearby, the Kremenchuk shopping mall was devastated by a missile attack coordinated by Moscow’s forces, resulting in the confirmed deaths of at least 20 civilians. 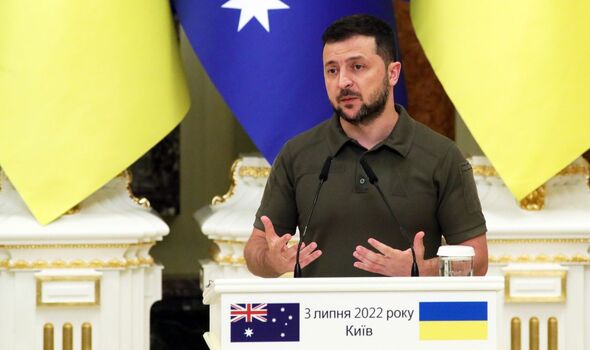 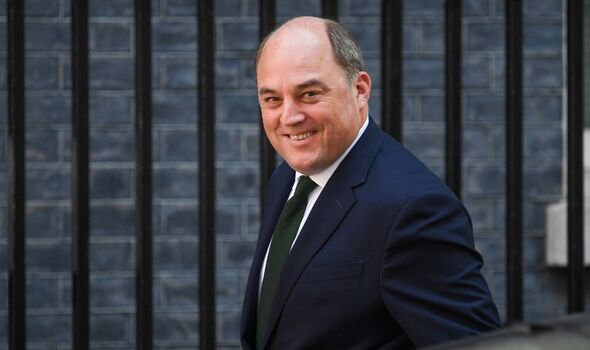 The Ukrainian defence has repeatedly thanked its international allies for the provision of advanced missile systems.

The UK Government is one of a number of nations to have gifted the Ukrainian armed forces with long-range multiple launch rocket systems, among other artillery supplies.

The long-range systems allow defensive efforts to target and destroy attempted missile attacks from Vladimir Putin’s military, as captured in the video above.

The Defence of Ukraine’s official social media, as well as thanking the foreign diplomats of allied countries, frequently posts videos demonstrating the strength of the well-equipped air-defense systems. 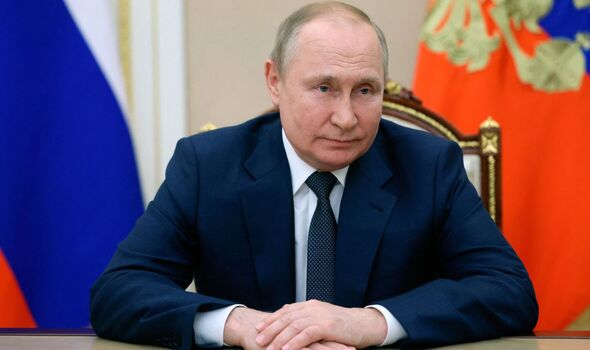 The increased shelling in central Ukraine demonstrates an expansion of Russian aggression as Putin’s forces begin to renew further attacks after a military campaign focused on the capture of the Donbas region.

Moscow secured the cities of Severodonetsk and Lysychansk last week, completing the objective of taking the Luhansk region from Ukrainian control.

The Kremlin has now placed renewed focus on the Donetsk province, the second area of the Donbas region.

In addition, equipment and troops dedicated to the aggression in Luhansk are now able to expand military conquests further into Ukraine, as indicated by the campaign of missile attacks targeting Dnipro.