Putin’s decree to mobilise Russian reservists could risk mutiny on the frontlines in Ukraine, according to an expert. Russian men unwilling to fight and die in Ukraine have been fleeing the country with flights selling out and huge queues forming at Russia’s borders.

The Kremlin’s plan to press hundreds of thousands into service will likely not translate into success for Moscow on the frontlines, even if the Kremlin does massively bolster its troop numbers. The move has already sparked protests in Russia’s major cities.

Professor Peter Duncan at UCL’s School of Slavonic and East European Studies spoke on the protests in Russia’s major cities and even described “mutinies” which could occur if these protesters were sent to the frontlines.

He told Express.co.uk: “Putin and the Kremlin don’t want to have unrest in Moscow and St. Petersburg, because that’s where the regime is based.”

Prof Duncan outlined the risks that protesters took which includes the sinister reality of being sent to the frontlines to fight in the very war they were protesting against. 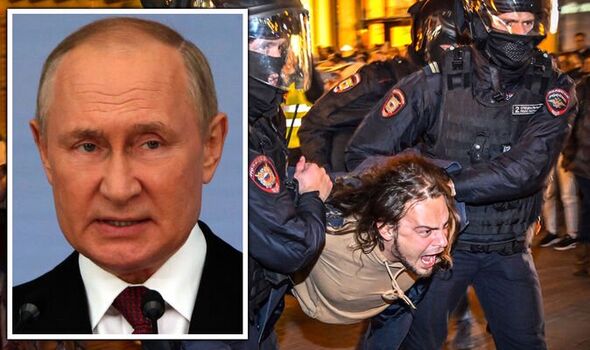 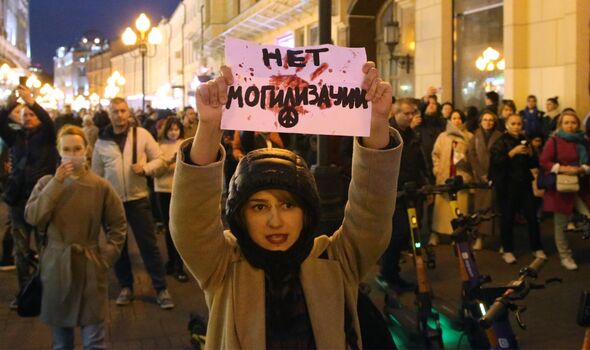 He said: “There’s a real risk, if you’re a man, going to a demonstration you’ve got a good chance of being sent to the front from that demonstration.

Although the protests in Moscow and St Petersburg are relatively small, they likely represent a much larger percentage of the population. Due to the risk involved in protesting, it is likely many are too afraid to make their feelings known.

Prof Duncan added: “So it’s not surprising, then, that there’s not very many of them. What is very clear is that so many people are willing to take the risk because, undoubtedly, they’re just the tip of the iceberg of people who think that way and they’re worried.” 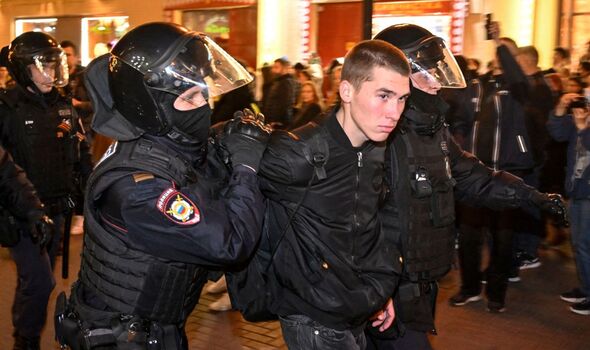 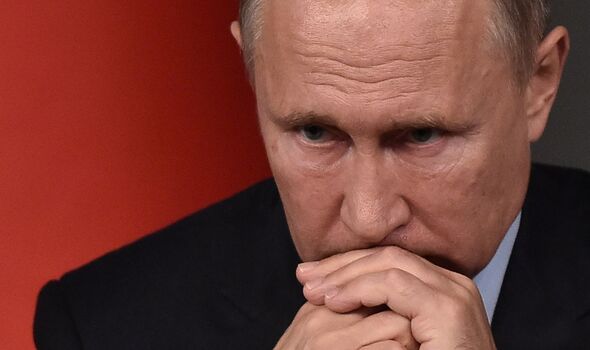 These protesters, and indeed anyone avoiding the service, are not likely to make model soldiers. For one, many are untrained or were trained long ago.

Some would likely desert at the first opportunity, possibly even defecting to the Ukrainian side. Still others could start a mutiny on the frontline to try to escape the brutal combat.

Prof Duncan added: “[Putin will] send people there even though they’re not properly trained, and just hope that, somehow, they learn on the job. And that’s really just a recipe for more desertions, more deaths – more people possibly being mutinous.

“I mean, if you send someone who doesn’t want to go there in the first place, there’s quite a lot of you and you know that the war isn’t going well – then mutiny rather than desertion is a possibility. It’s clearly going to be something unpopular, which is why they haven’t done it.”

He added that Putin was “desperate” and trying to find a way to turn the tide in Ukraine. Today, referendums began will likely see Russia illegally annexe occupied territory in the south and east of Ukraine.

Putin, and his allies, have threatened to use any means necessary to defend this so-called Russian territory, including nuclear weapons.

However, Putin seems to have made a gamble that his greatest threat lies outside of the country – losing the war in Ukraine – and not with the hundreds of thousands, or even millions, of Russians he could be isolating or angering with this mobilisation.

As the war in Ukraine enters a new phase, where Ukraine has momentum and Russia throws inexperienced or even mutinous troops into battle, it is hard to see an end to the conflict which is favourable for Putin.