Vladimir Putin appeared to roll out Seagal to defend him in front of the press in the location where Ukrainian prisoners of war were attacked and murdered. Seagal defended Russia and claimed that HIMARS operated by Ukrainian troops killed 50 Ukrainian prisoners of war, despite evidence showing that Russia committed the crimes. The American actor, a long-time friend of Putin, called Ukrainian forces “Nazis” and blamed Ukrainian President Volodymyr Zelensky for ordering the attack.

Seagal said: “I mean, we are in… In the exact place where HIMARS came in, killed 50 people, and wounded another 70 people.

“The interesting thing is that one of the Nazis that was killed, is a Nazi that was just starting to talk a lot about Zelensky.

“And Zelensky being responsible for ordering torture and other atrocities, that violate not only the Geneva convention of war are also crimes against humanity.

“So if Zelensky was being implicated in crimes against humanity, I wonder if that’s why this guy got rocketed and killed, just wondering.”

JUST IN: ‘Right thing to do!’ Jeremy Corbyn sides with Nicola Sturgeon over plan to hold IndyRef2 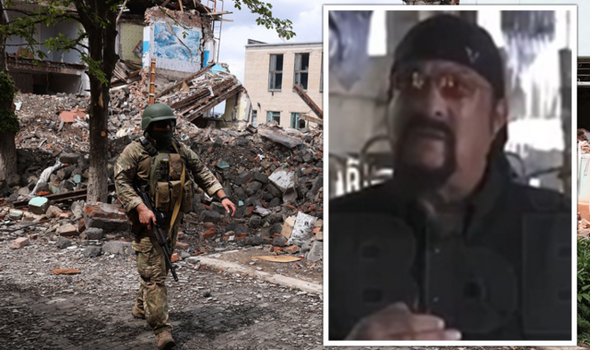 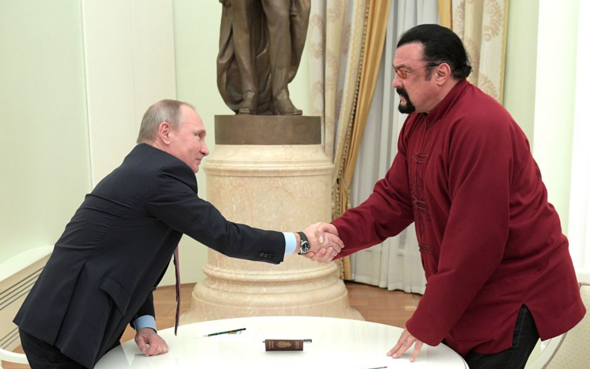 Seagal came to the Ukrainian town of Yelenovka, in the Donestk region, to film the video dismissing Russian involvement in the deadly strike.

The location where Seagal stands is where a number of Ukrainian prisoners of war were housed before they were murdered en masse.

Military and political commentators warned that Putin may try to blame Ukraine in a well-established pattern that has already emerged since the start of the war.

Ukrainian President Volodymyr Zelensky condemned the Yelenovka attack on his servicemen shortly after.

Mr Zelensky announced: “The word ‘HIMARS’ has become almost synonymous with the word ‘justice’ for our country.

“The Ukrainian defence forces will do everything to ensure that the occupiers experience more and more painful losses every week thanks to these very effective systems.”

A White House official told CNN that Russia would attempt to blame Ukraine for their crimes.

The White House official said: “reason to believe that Russia would go so far as to make it appear that [Western-provided] Ukrainian HIMARS were to blame”. 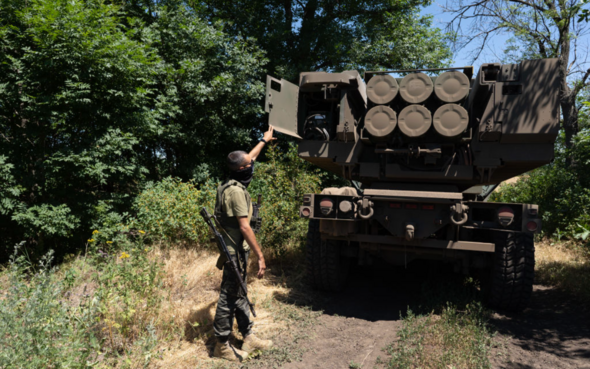 Seagal has been shocking the world for many years with his close friendship with Russian dictator Putin.

The pair have been spotted on a number of occasions,  meeting in Moscow, partying together, and enjoying one another’s company.

Seagal even successfully applied for Russian and Serbian citizenship in 2016.

“He had been really persistent for a long time and had been asking to grant him citizenship.

“He is actually renowned for his quite warm feelings toward our country.

“He never made a secret out of it, at the same time he is quite famous, as you know, an actor.”