NICOSIA (Reuters) – Greek Cypriot police fired pepper spray on Saturday when skirmishes broke out with protesters angry that a checkpoint on the ethnically split island was closed in what authorities have said was a precaution against coronavirus, witnesses said. 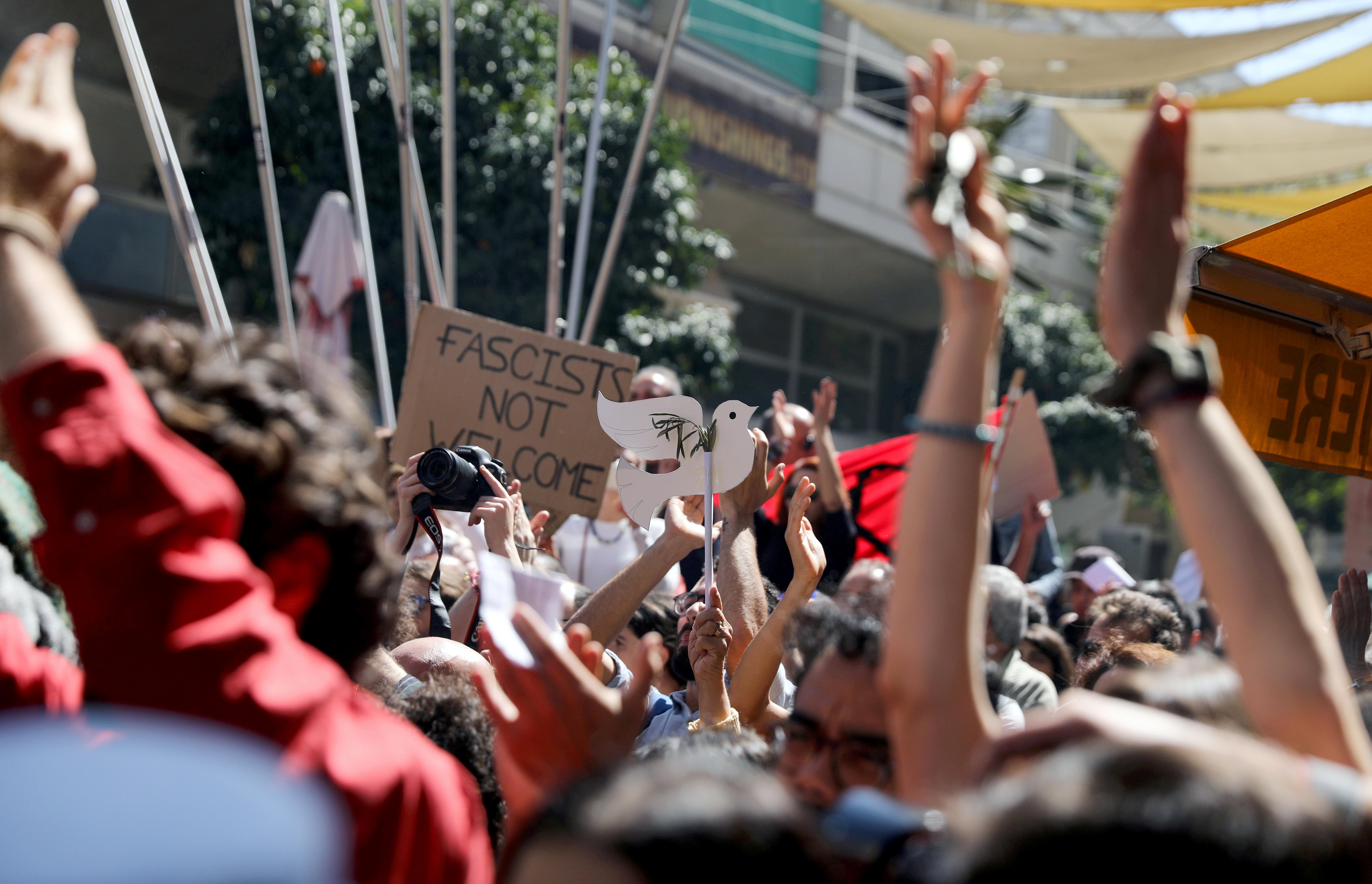 Cyprus announced the temporary closure of four checkpoints on the divided island on Feb. 28, the first closure since crossings between the two sides were eased in 2003 after decades of estrangement.

Witnesses said a group of people on the Turkish Cypriot side turned out in support of peace activists on the other side of the barricade calling for the checkpoint, on Nicosia’s Ledra Street, to open.

The Ledra Street checkpoint is a narrow pedestrian alley traversing a U.N.-controlled buffer zone. When open, it is used by hundreds of people on a daily basis.

“People were holding olive branches, and at some stage it appears someone started pushing,” a witness at the gathering on the Turkish Cypriot side told Reuters. “Greek Cypriot police pushed back and at that moment it appeared they used pepper spray.”

In a statement, Cyprus police said they made limited use of teargas to prevent demonstrators breaking a police cordon. Stones were also thrown at police, the statement said.

The decision to close the checkpoint is politically sensitive because of the territorial split between its Greek and Turkish Cypriot populations since 1974, when Turkish forces invaded after a brief Greek inspired coup.

Authorities insisted there was no other motive other than protection of public health and better use of medical resources at checkpoints remaining open. Cyprus has no reported cases of coronavirus.

UNFICYP, the U.N. peacekeeping force on the island, has said it is concerned at the disruption caused by the checkpoints’ closure. The decision whether to keep them shut will be reviewed next week.

There were skirmishes at the checkpoint also on Feb. 29, the day the closure took effect.