The 27-year-old, arrested under the Terrorism Act in Londonderry, was taken to Belfast for questioning, police say. 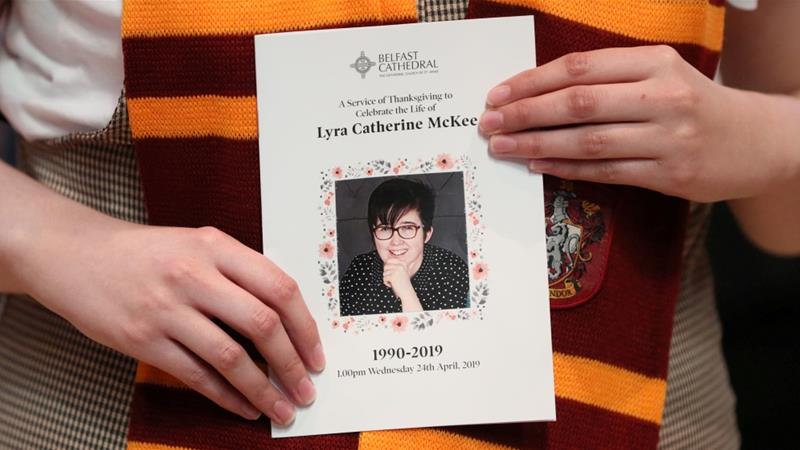 A 27-year-old man has been arrested in Northern Ireland over last year’s murder of journalist Lyra McKee.

The man was arrested on Wednesday under the Terrorism Act in Londonderry, the second-largest city in Northern Ireland, where 29-year-old McKee was killed in April 2019.

He was taken to Belfast for questioning, the Police Service of Northern Ireland said.

McKee died after she was shot in the head while standing near a police vehicle as dissident republicans clashed with officers in the Creggan area of Londonderry.

The city is known as Derry to republicans, who want an end to British sovereignty in the province in favour of union with the independent Republic of Ireland.

Dissident republican group New IRA took responsibility for the killing and offered its “full and sincere apologies” to her loved ones, saying she was “tragically killed while standing beside enemy forces”.

Her death provoked a widespread outcry across Northern Ireland and led to calls for politicians to agree to restore the province’s then-suspended power-sharing institutions.

Wednesday’s development comes after several previous arrests in the case and investigators charging Paul McIntyre, 52, with murder in February.

McIntyre was charged because he picked up the casings from the bullet used in the killing, according to his lawyer.

Police confirmed last month that a gun recovered during searches in Londonderry was the weapon that had been used to kill McKee.