MEXICO CITY/BADIRAGUATO, Mexico (Reuters) – Mexican President Andres Manuel Lopez Obrador on Monday defended his weekend handshake with the mother of drug lord Joaquin “El Chapo” Guzman, calling her a “respectable old lady” and seeking to cast his critics as the principal menace to the country. 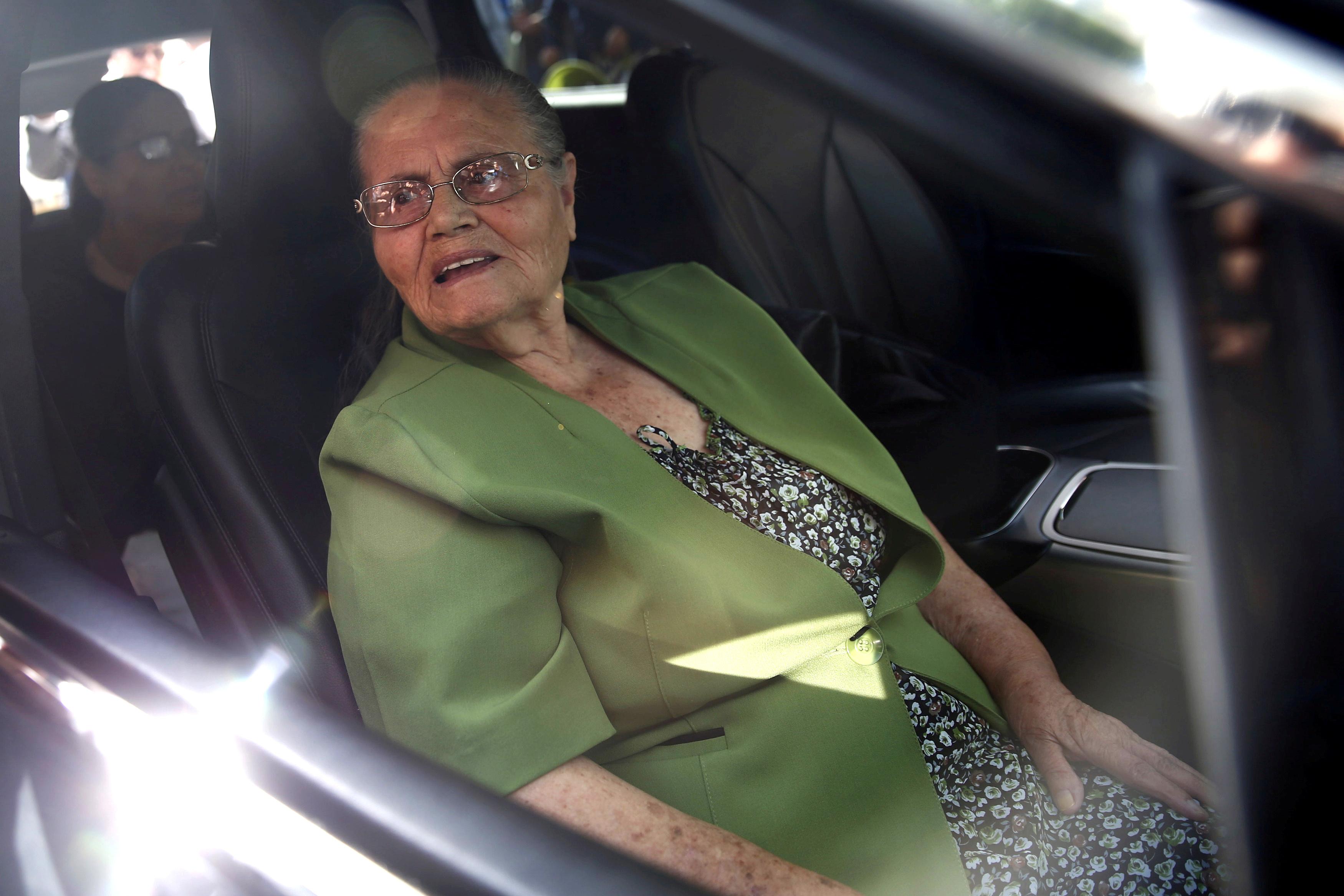 In a 30-second video posted on Twitter on Sunday, Lopez Obrador could be seen approaching Maria Consuelo Loera’s car, parked on a dirt road on the outskirts of Badiraguato, a mountainous municipality in the northwestern state of Sinaloa.

Surrounded by onlookers, Lopez Obrador told Loera she need not get out of the car, they shook hands and after a brief exchange he told her he had “received her letter.”

Guzman was for years boss of the Sinaloa Cartel, a powerful criminal organization blamed for the deaths of thousands of people in Mexico ranging from rival gang members, ordinary citizens, police and members of the armed forces.

Critics on social media asked what kind of message the encounter, videotaped by part of the entourage that regularly accompanies the president on weekends, was meant to send.

Questioned about the meeting at his regular morning news conference, Lopez Obrador was unrepentant and quickly blamed “adversaries” for trying to make a “scandal” out of it.

“Sometimes, because it’s my job, I have to shake hands with white collar criminals who haven’t even lost their respectability, how am I not going to greet an old lady who leaves her hand outstretched?,” he told reporters.

In the video, Lopez Obrador could also be seen talking to one of El Chapo’s lawyers, Jose Luis Gonzalez Meza.

Lopez Obrador said Loera, a “respectable old lady,” wrote to him to ask for help in getting permission from U.S. authorities to visit her son, who is in a maximum security U.S. prison.

“This depends on the United States government, the U.S. embassy. I believe that for humanitarian reasons she should be allowed to go with caregivers, sanitarians, doctors,” he said.

The leftist leader said “conservative” opponents, were trying to use the encounter to hurt him.

Accusing them of hypocrisy, he said the corruption he identifies as their legacy is a much bigger threat to the country than a 92-year-old woman “who deserves my respect.”

After questions by reporters about the meeting, Lopez Obrador promised to publish the letter from Loera, saying: “We have nothing to hide … there’s nothing that can embarrass us.”

Guzman shipped tons of drugs around the world and twice embarrassed the Mexican government by escaping from prison.

Captured for a third time in 2016, he was extradited to the United States in 2017 and sentenced to life in prison by a U.S. judge last year after his conviction on multiple drug charges.

Cartel gunmen responded with prolonged bursts of gunfire in the streets after Ovidio’s arrest.

Lopez Obrador saw Guzman’s mother on a visit to a rural area of Sinaloa where the government was building a new road that would pass near El Chapo’s birthplace. The president said he went to meet Loera after hearing she wanted to greet him.

The 66-year-old, who has flouted the advice of his own government not to engage in physical contact during the coronavirus crisis, dismissed the suggestion that he should not be shaking hands with an elderly woman at risk of contagion.

He said it would have been “disrespectful” not to take her hand – even as two state governors Lopez Obrador had recently met with said over the weekend they had coronavirus.