MoD sweeps for Russian spy bugs after US intelligence warning 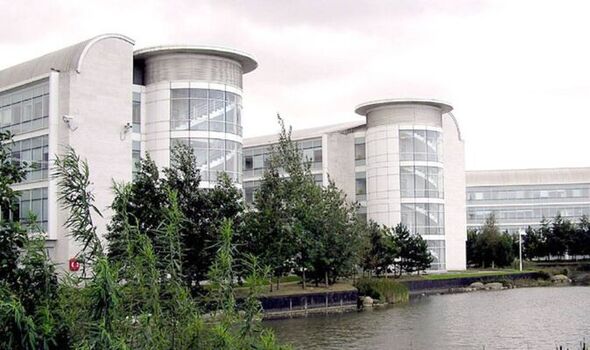 And what Vladimir Putin is particularly after, intelligence sources say, are classified details of future modification plans for the F-35 fighter jet.

The sprawling Abbey Wood facility in Bristol, dubbed the “UK’s Pentagon”, boasts more than 8,000 employees and was the largest MoD complex ever constructed when it was built in 1996.

Home to the MoD’s Defence Equipment and Support procurement arm – delivering 80 per cent of Britain’s military equipment – the complex is a nerve centre where details of all plans and modifications are kept.

The site also includes a small number of US personnel and employs additional contractors.

The alarm was raised by CIA operatives in Washington DC last month after it stumbled across intelligence which suggested Russia had chosen to target the site.

While most modern espionage operations are cyber-based, this plan involved the scattering of physical devices at sensitive locations across the complex, sources say.

They were particularly concerned about planned updates to the F-35.

Though the aircraft, manufactured by Lockheed Martin, is predominantly

American, Britain’s close intelligence relationship with the US led to it playing an integral role in its development.

As the only non-US nation to be granted trusted Level 1 status, British firms such as BAE Systems, GE Aviation, Martin-Baker, SELEX,

Cobham, Ultra Electronics, UTC Actuation Systems and Rolls-Royce have contributed in a variety of ways, from critical software for fuel management and the cockpit to its lift system and ejector seats.

While details are classified, Lockheed Martin has announced planned upgrades will include a new “IT backbone”, enhanced cockpit display, new navigational systems and 17 additional weapons systems.

Improvements, says the company, will improve pilots’ ability to “see first and shoot first” and “change adversaries’ plans and behaviour”.

But the updates would be worthless if details fell into the wrong hands. While Russia has been identified as the power behind the latest move, the prospect it may share its findings with its strategic partner,

Sources confirmed two devices were being hunted, but would not comment on their nature or whether MoD or contract staff were suspects.

“We are acting on information received. Our main focus involves matters pertaining to the introduction of the RAF and Royal Navy’s new F-35 fighter,” said a source.

“No devices have been located so far, but it will take some time to fully check every office and other areas.”

The MoD said yesterday: “We do not comment on specific security arrangements.”