Met Office storm names: How to submit YOUR nomination for 2021/22 storm season

“Does your Uncle James move like a whirlwind? Does your best friend cause an impact wherever they go? Now you can give them the recognition they deserve, by naming a storm after them”, says the Met Office, launching its search for monikers for storm systems. Storms in the UK are named in conjunction with Met Éireann and KNMI, the forecasting services for Ireland and the Netherlands respectively.

What are the criteria for storm names?

Names are selected for each letter of the alphabet, apart from Q, U, X, Y and Z.

For all other letters of the alphabet, you can submit as many suggestions as you like.

You can also add a reason for the suggestion which the Met Office might take into consideration. 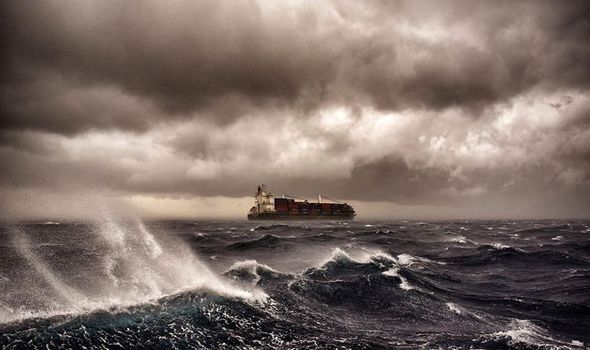 How can you nominate a name?

To make your nomination, head to the Met Office call for names page.

The Met Office, along with Met Éireann and KNMI, will make a final decision based on popular names nominated and other factors such as relevant reasons.

Note that you’re not guaranteed to have your name i=on the list, and if you do, you won’t get credit for it. 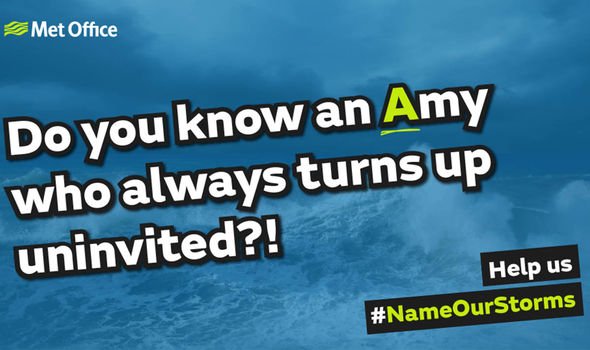 The final list will be published ahead of September 2021, the start of storm season.

Note that, when a storm begins and meets the criteria to be named, either the Met Office, Met Éireann or KNMI can name a storm, unless it’s been named by another European meteorological group in which case the same name is kept to avoid confusion. 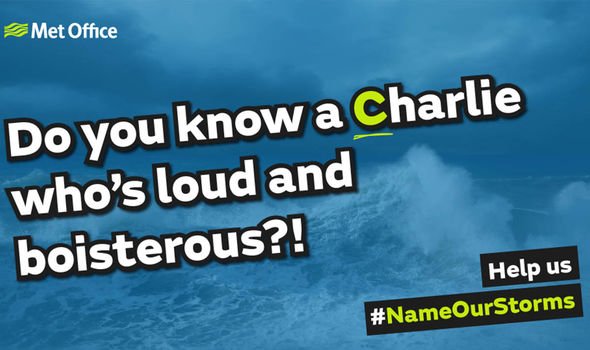 Why are storms named?

The Met Office says that naming storms helps to raise awareness of their impacts and make it easier to follow their progress in the media, on social media and online.

Head of Civil Contingencies at the Met Office Will Lang said: “It’s great to go out to the UK public to get some suggestions of names.

“It’s incredibly important that everyone understands the potential impacts of severe weather and if having the public submit names for our next round of storms helps them engage in the subject then it’s a great way of raising awareness. 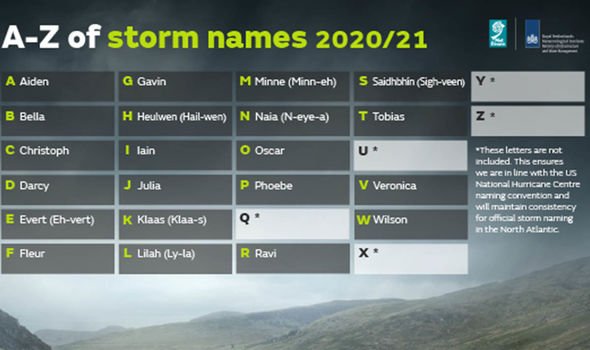 “When storms come, we are obviously at the forefront of assessing its impacts on the people of the UK, and communicating that information succinctly is incredibly important during those times.

“That’s why storms need names, so people, the media and our meteorologists can better speak about potential impacts when a storm is in the forecast.

“Name our storms is also a great example of international collaboration and we look forward to working further with Met Éireann and KNMI during the next storm season to help keep the public safe.”

So far in the 2020/21 season, six storms have been named that have had impacts on the UK and/or Ireland, and two of those had been named by other meteorological groups