Months of strike action against Emmanuel Macron’s plan to merge the country’s complex and costly retirement system has sent the young centrist’s popularity rating spiralling downwards. A majority of French voters do not trust President Macron to handle domestic issues and lead the country in the right direction, a poll published on Thursday found. The poll, conducted by Kantar-onepoint for Le Figaro magazine, showed that 69 percent of French people don’t trust the 42-year-old centrist to “solve the country’s economic and social problems”.

Mr Macron’s mistrust rating comes as his centrist government made good on a threat last week to use a special constitutional power to push its unpopular retirement bill through parliament without a vote.

The government has been locked in a battle with leftist unions and opposition parties over the fate of France’s pension benefits since early December.

Mr Macron plans to merge the country’s 42 different pension schemes, each with their own level of benefits, into a single, points-based system that gives every pensioner the same rights for each euro contributed.

Faced with a crippling union-led strike action, the president diluted his ambitions and temporarily withdrew a controversial measure that would extend the retirement age by two years to 64.

But he has shown no sign of caving in to the demand of hardline unions that he abandon the reform altogether. 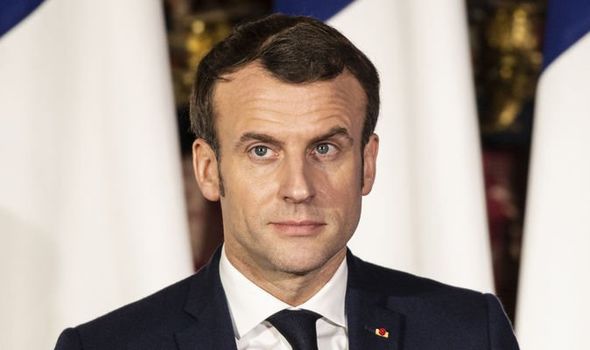 Mr Macron argues the changes will make the debt-ridden pension system fairer for all and more sustainable, while unions argue it will force millions of people to work longer for less.

Winning the standoff with the opposition would help clear a path for him to launch further pro-business reforms as he gears up for his re-election bid in 2022.

More than half of French people think Ms Le Pen has a chance of beating her centrist opponent in the next presidential vote, a poll published on Friday found.

The poll, conducted by Kantar-onepoint for newspaper Le Monde and France Info radio, found that 56 percent of French people think the hard-right RN could become France’s ruling party in 2022.

However, only 35 percent want Ms Le Pen to be her party’s candidate, compared with 49 percent who don’t. 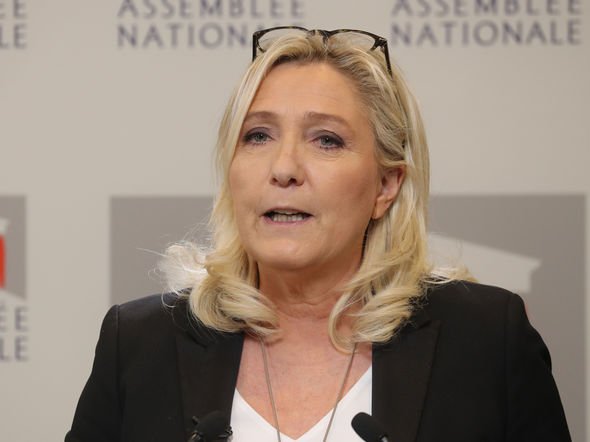 Ms Le Pen was defeated in the final round of the 2017 election, when she garnered about one-third of the vote.

Mr Macron’s five-year term ends in the spring of 2022.

Her decision to stand again comes as mainstream leaders across the bloc have been challenged by far-right populist leaders.