Iran creates elite band of pirates to rule the seas 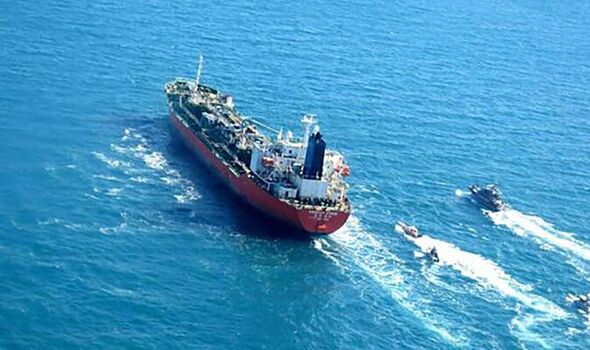 News of the unit emerges as diplomatic efforts to persuade Iran to rein in its nuclear programme continue. Iran’s elite Quds force is already a well-established branch of the  Islamic Revolutionary Guard Corps, tasked with mounting extraterritorial operations to support Iran’s proxy wars across the middle east. But its reach was drastically affected by the assassination of its famed leader, General Qassem Soleimani, who was killed in January 2020 by US drone strike whilst in Iraq.

Now, intelligence gleaned by the opposition-group National Council of Resistance of Iran  reveals that Tehran has been steadily attempting to make up for that loss of capability for its operations in Iraq, Yemen, Syria, Palestine, Lebanon and several African countries.

The efforts to engage foreign mercenaries in Yemen have intensified since the election of so-called “Butcher of Tehran” Ebraham Raisi as Iran’s president, in parallel with an increase in UAV  and missile attacks.,

The new Quds Naval force is based at the Khamenei Academy of Naval Sciences and Technology in Ziba Kenar on the Caspian coast, which is overseen by Second Admiral Abdolreza Dabestani

But it is Brig Gen Hassan Ali Zamani Pajooh who oversees the unit’s main aim – to provide commando training to foreign mercenaries, which is conducted through comprehensive six-month residential courses..

That commando training is being supplemented by additional, maritime courses on Qeshm and Farah Islands in the Gulf – provided by the same IRGC Aba Abdullah naval commando brigade responsible for attacks on British oil tankers.

In January 2020, more than 200 Yemeni mercenaries were trained in commando tactics, naval science and technology.

A similar sized contingent of Iraqis began their training in July of that year, according to the report.

After the completion of their training, the Iraqis were sent to al-Faw peninsula and Basrah to form a “naval unit” under the command of the Quds Force.

Using asymmetric warfare tactics established by the IRGC, the unit has established new smuggling networks which are already providing weapons and equipment  “to expand conflicts into the Arabian Sea, Bab al-Mandab, and the Red Sea”.

This has already equipped Yemen’s Houthi rebels with speedboats, missiles, mines, and other weapons, says the report.

One of the methods of transferring weapons to Yemen is to use third countries, such as Somalia. Others include using small boats and using drug-smuggling methods such as oversized six-foot fenders in which arms caches are hidden.

The fenders are then anchored under the water at set locations, and kitten with GPS trackers so they can be retrieved by other vessels.

Some of these weapons are being intercepted.

In December last year, the US Justice Department announced the successful forfeiture of two large caches of the Iranian arms, including 171 surface-to-air missiles and eight anti-tank missiles, destined for Houthi militants in Yemen. Also seized were 1,400 AK-47 assault rifles and 226,600 rounds of ammunition.

These and further sierras of thousands of rocket launchers, machine guns, sniper rifles are all beloved to have originated from the Iranian port of Jask.

Speaking last night Shahin Gobadi, a press Spokesman of the People’s Mojahedin Organization of Iran, said: “Since Raisi became president, missile and drone attacks have accelerated along with efforts to acquire nuclear weapons, and the regime has intensified maritime terrorist acts through foreign mercenaries.

“The Quds naval force unit, which trains and equips Iranian proxies, is a real threat both to regional stability and International shipping.

“Yet, instead of holding the Iranian regime accountable for its actions, Western countries have granted it concessions, a trend that has emboldened Tehran in its nefarious conduct in the region.

“Regardless of what Supreme Leader Khamenei might do with negotiations over its nuclear programme, Tehran must be held accountable for its proxy war in the region, its terrorism, its development of ballistic missiles, and its egregious violations of human rights.”