Hundreds of undocumented migrants remain detained and at risk in crowded centres across the northeast Indian state. 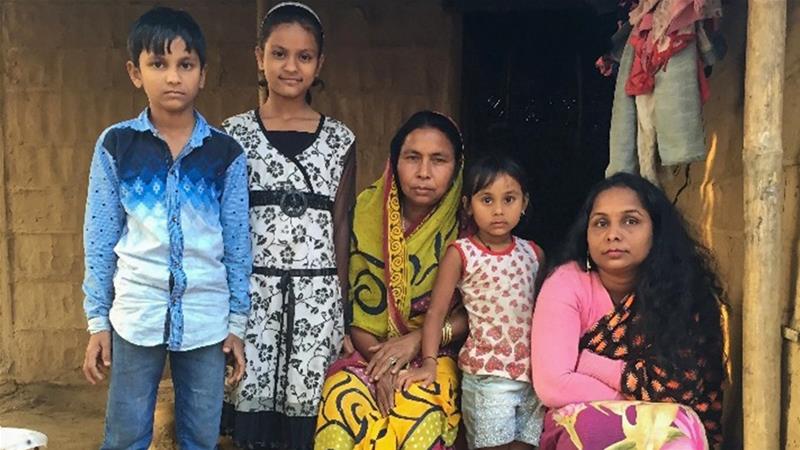 Goalpara, India – The last time Gulbahar Begum, 28, saw her father at home was in November 2017. Since then, every other month, she travels nearly 145km (90 miles) to Tezpur detention centre in Sonitpur district of India’s northeastern state of Assam to meet Gul Mohammad.

Mohammad, 69, was declared an “illegal immigrant” by the Foreigners Tribunal, a quasi-judicial court in Assam, and thrown into jail for not being able to produce enough documents to prove his citizenship.

Over the past three weeks, Gulbahar is waging a legal battle to free her father due to the global coronavirus pandemic. She says worries over the health of her father do not allow her to sleep.

“My father has various health issues including a kidney ailment. His left leg often swells up,” Gulbahar, who hails from Barkhal village in Assam’s Marigaon district, told Al Jazeera.

“He should have been home in this public health crisis and not in a detention centre.”

As India struggles to contain the spread of the pandemic, families of more than 800 undocumented migrants being held indefinitely in six detention centres across Assam are worried about the safety of their loved ones.

Last year, nearly 1.9 million people – many of them Muslims – were left off a National Register of Citizens (NRC), effectively rendering them stateless. They face either deportation or detention in camps such as the one in which Mohammad is detained.

Family members of those detained fear a potential coronavirus outbreak due to overcrowding in the dentition centres, which makes physical distancing nearly impossible.

Most centres lack proper hygiene and medical care for the detainees, exacerbating the chances of a viral transmission.

“People are stuffed inside common halls. At least 50 people are kept in one room,” Gulbahar said she witnessed during one of her visits. “It is very risky for him to stay in such a condition.”

Dozens of people have died inside the detention centres since 2009, the latest fatality occurring on Sunday. Officials cited cancer as the reason for 60-year-old Rabeda Begum’s death, according to a report. 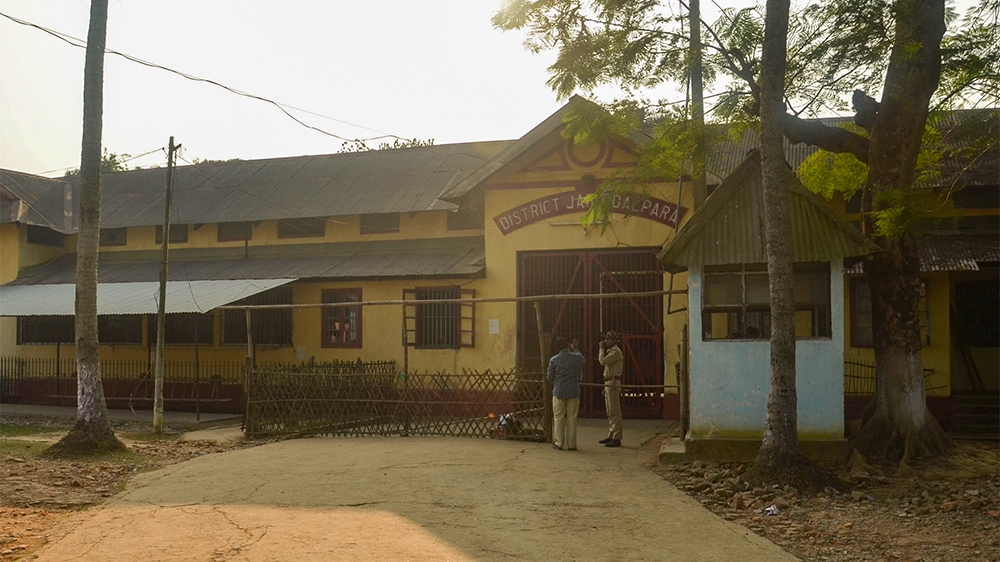 Botu Miya, 40, from Cachar district, is distressed as he fears his wife, Banesa Begum, being held in Silchar detention centre, might contract the coronavirus.

Banesa, a 45-year-old daily wage labourer, was first marked as a “doubtful voter” for not producing the requisite proof of Indian citizenship and later labelled an undocumented migrant.

Doubtful voters (or D-voters) is a category of voters in Assam whose voting rights were taken away by the government in 1997.

Since then, nearly 143,000 people have been marked as D-voters and referred to Foreigners’ Tribunals, facing charges of being “undocumented” migrants mainly from Bangladesh. Some of them are currently languishing in detention centres.

“The condition in the detention camps is inhumane and without basic facilities like bedding and toilets,” Miya told Al Jazeera. “And keeping her in such place amid this disease is dangerous.”

Manvendra Pratap Singh, deputy commissioner of Sonitpur district, however, said all the necessary measures were in place to ensure the safety of every inmate.

“We have stopped taking in new inmates. Everyone is being screened by the doctors on a regular basis and there does not seem to be any such possibility of a coronavirus outbreak,” Singh told Al Jazeera.

Some families are making desperate attempts to secure bail from the courts before the virus turns into a disaster inside the detention centres.

Anura Begum, 31, from Gobradhana village in Baksa district has collected all the documents, including the bond amount to bail out her husband Kadam Ali, lodged in the Goalpara centre.

But courts across the state suspended functioning last month following the coronavirus outbreak.

“Just before the lockdown, I had submitted documents for his bail. The officials rejected them and asked me to furnish additional documents,” Begum told Al Jazeera.

“But now courts are closed and I don’t know what will happen to him.”

Similarly, Anura Ali, 22, from Shaatbhoridhuk village in Barpeta district is also waiting for the courts to open, so that he can get his father Hanif Ali out on bail.

“Each passing day brings new tragedy for us. All I want is him to be home,” Ali told Al Jazeera. 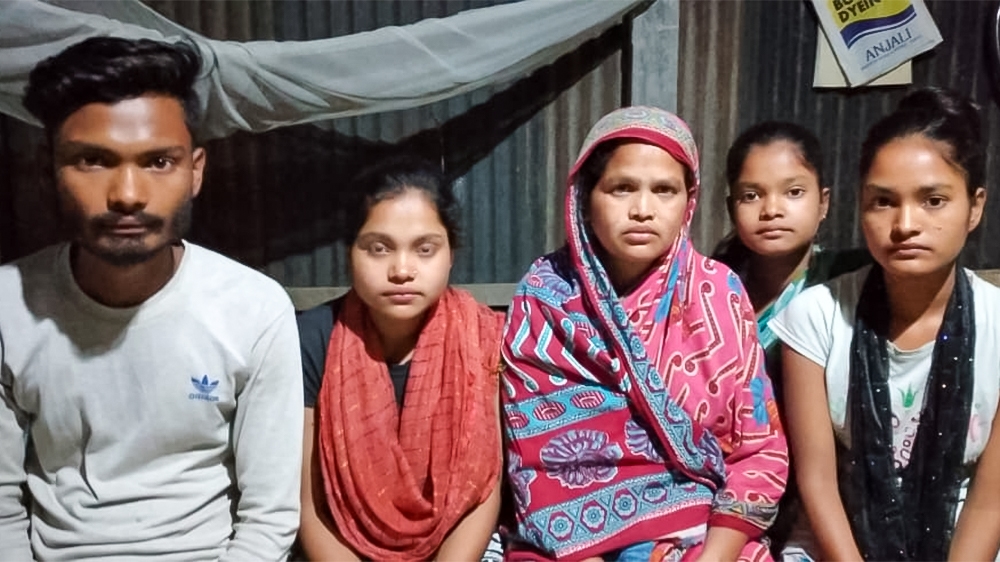 Meanwhile, various human rights organisations have demanded the release of the detainees amid the escalating coronavirus pandemic.

Amnesty International India, while projecting a grim picture of “appalling living conditions” inside the centres, in a statement on Monday called for the immediate release of inmates declared foreigners.

“Assam government must recognise that the detainees in overcrowded detention centres face a heightened risk of infection and must do everything to protect them starting with their immediate release,” Amnesty’s executive director Avinash Kumar said in the statement.

On Tuesday, India’s Supreme Court heard a petition filed by one of the detainees, Raju Bala Das, and issued notices to both the Assam and federal governments.

Das’s petition had sought the release of people who have spent more than two years in detention.

The top court also heard pleas by the Justice and Liberty Initiative, a non-profit group, which called for their release on humanitarian grounds.

“The government has deported just five ‘foreigners’ in the last seven years. It is because of the fact that most of those in the camps are Indian citizens. They should be immediately released,” the group’s founder Aman Wadud told Al Jazeera.

“And this is the best time to correct the historical mistake,” Wudud added.

The Supreme Court will next hear both the pleas on April 13.

But for Gulbahar, imprisonment amid the coronavirus pandemic is like a death sentence for her father. With each passing day, she says her hope of seeing him alive is fading.

“I think I would never see him alive,” she said. “And the government has to take responsibility for his death.” 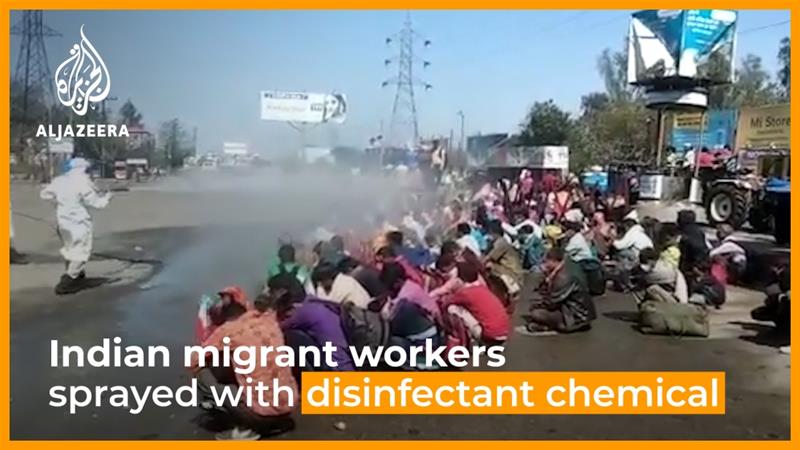