How to control the spread of the coronavirus: Lessons from Taiwan 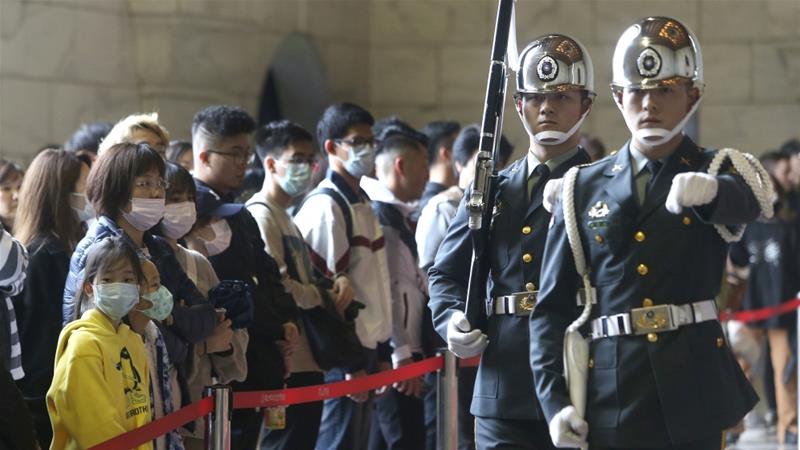 Taipei, Taiwan – With some 850,000 Taiwanese living and working in China, Taiwan could have been one of the hardest hit when the coronavirus outbreak emerged in late December in Wuhan, a central Chinese city of 11 million people and the epicentre of the outbreak.

But Taiwan, an island democracy with a population roughly the size of Australia, has so far managed to keep confirmed cases to 45 and one death, even as infection rates in China have topped 80,000 and the virus has mushroomed in places like South Korea, Japan, Iran and Italy.

The timing of the outbreak was devastating for China and the rest of the world, as it began to accelerate around Lunar New Year, a time when hundreds of millions of Chinese travel.

Taiwan’s success so far in handling the infection has largely been due to its early response at a time when the virus was still poorly understood and its transmission rate unclear.

It also relied on historical experience rather than waiting for cues from the World Health Organization (WHO), which continues to deny Taiwan observer status for political reasons.

“Taiwan was hard hit by SARS and, with that hard and bitter lesson, Taiwan came very prepared,” said Chunhuei Chi, a professor in the College of Public Health and Human Sciences at Oregon State University.

After the SARS epidemic, Taiwan established a central command centre for epidemics the following year, putting it a few steps ahead of other places in Asia before the coronavirus hit, Chi said.

The command centre made it easier for medical authorities to gather data, redistribute resources, investigate potential cases and follow up on their contact history, while they also were able to quickly isolate patients found to be carrying the virus.

Learning from SARS, Taiwan also quickly implemented health checks on passengers from Wuhan in early January, well before it was understood that the virus could pass between humans.

By the first week of February, Taiwan began rationing surgical masks and restricting the entry of passengers with a travel history in China, while requiring a 14-day quarantine for those who had been to Macau and Hong Kong.

Hand sanitiser and fever checks became customary in many public buildings, while the Taiwan Centers for Disease Control and other agencies issued daily mobile phone alerts about the latest cases and information on the places they had visited.

Jason Wang, director of the Center for Policy, Outcomes and Prevention at Stanford University, said the Taiwanese government “was really super-alert” in its response. 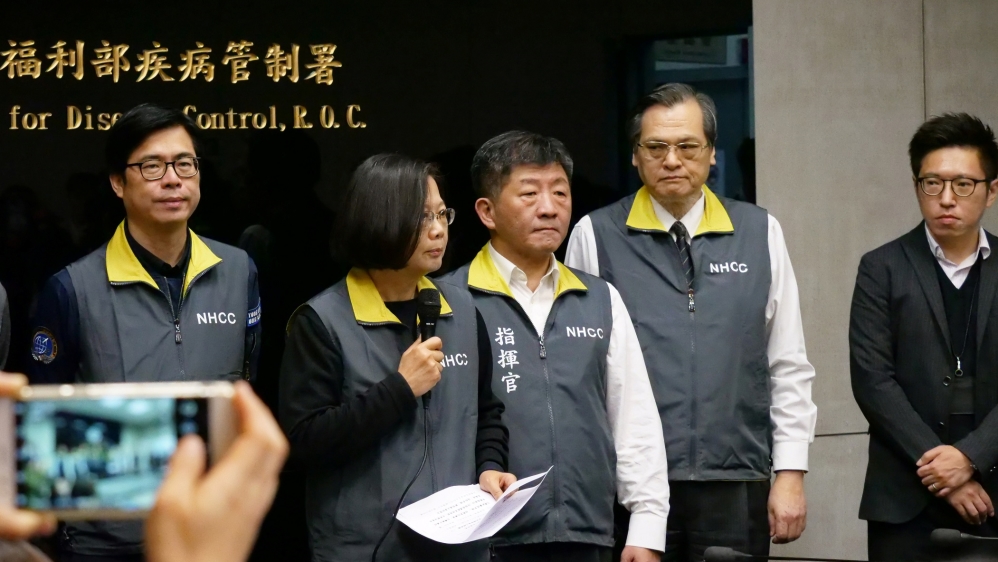 “When it became clear it was going to become a big issue, they started to do more. They were prepared.”

Experts said Taiwan’s success is comparable to Singapore’s. While there are now more than 100 coronavirus cases in Singapore, early action kept the illness from spreading further despite its high-risk status as a major Asian transit hub and strong trade ties with China and Hong Kong.

Learning from SARS, Singapore also moved quickly to impose health checks before closing its borders in late January to most travellers from China, as well as imposing heavy fines on anyone found violating self-quarantine orders. It also closed schools and universities.

Both Taiwan and Singapore also offered large stimulus packages as the economy felt the impact of the coronavirus and a loss of tourism from China.

In an article published in The News Lens, Roy Ngerng wrote that Taiwan’s handling of the crisis was even “better than Singapore”.

‘Others slow to act’

While Taiwan and Singapore’s leadership acted swiftly, other countries hit by the virus were slower to act, or to be open with the public about possible risks.

“My impression is – [although] I’m at some distance – that the political leadership [in Singapore and Taiwan] took this cue and advice from the ministry of health, from the scientists and the clinicians. I think that’s a very good formula,” said William Schaffner, infectious diseases specialist at Vanderbilt University.

He said places like the US have been slow to act.

Taiwan’s actions contrast sharply with China’s, where decisive action came only after the outbreak had already spread.

Japan and South Korea have also been criticised for their response. Infections in both countries have now reached 1,045 and 6,767 respectively, as of Saturday.

South Korea’s outbreak picked up following infections at the Shincheonji Church of Jesus megachurch in February, while Japan saw a spike from the large group of people on board the Diamond Princess cruise ship, which was quarantined in Yokohama.

Critics say Japan’s Shinzo Abe may have been slow to respond because he was also preoccupied with preparations for the 2020 Tokyo Olympics in July and the now-delayed visit of Chinese President Xi Jinping in April.

South Korea’s Moon Jae-in has also come under scrutiny as he downplayed the threat of coronavirus, saying in mid-February that the worst appeared to be over shortly before cases began to skyrocket.

As the coronavirus continues to spread east and west, many other countries are finding themselves unprepared to deal with a large-scale epidemic, the likes of which has not been seen for decades. 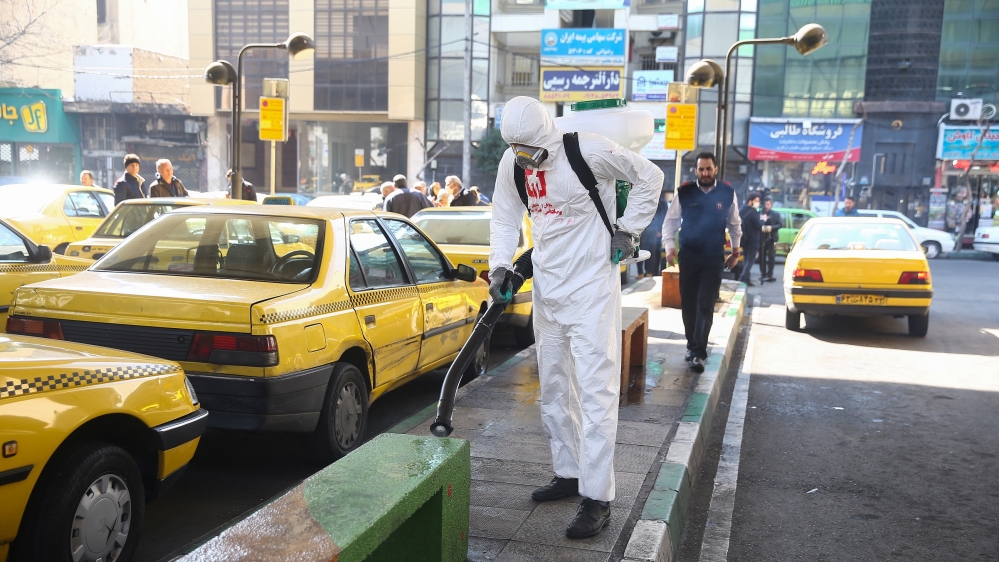 In Iran, political infighting and restricted access to information have been cited by experts as reasons why cases have now reached 4,744, with at least 124 deaths, after the virus reportedly first broke out in the holy city of Qom.

Narimon Safavi, an Iranian American entrepreneur and frequent commentator on Iran, said powerful conservative clerics prevented government health authorities from quarantining the city or halting travel there, including from China.

Top leaders and regime insiders have also continued to travel to Qom, an important political and religious centre, Safavi said, spreading the virus even among the Iranian elite, including Deputy Health Minister Iraj Harirchi and an adviser to Supreme Leader Ali Hosseini Khamenei.

In Italy, authorities were forced to scramble as the coronavirus spread rapidly across its northern towns. There were at least 4,646 cases and 197 deaths in Italy as of Saturday.

Europe’s Schengen Treaty, however, presents several challenges to EU health authorities, as it guarantees the free movement of people, according to Claire Standley, assistant research professor at Georgetown University’s Center for Global Health Science and Security.

Matthew Kavanagh, also a global health expert at Georgetown University, added that many world leaders, including US President Donald Trump, have repeated the mistakes of their Asian counterparts. 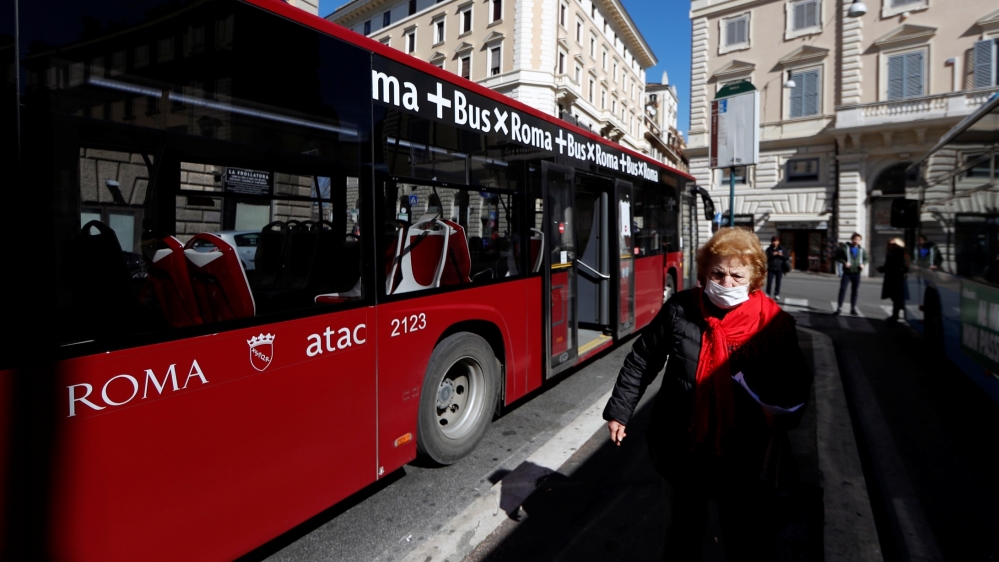 “We had an opportunity to really robustly get out there … Instead, Trump focused on a policy that was purely containment – keeping it out of the US through travel bans and quarantine,” Kavanagh said.

Delayed action from the US and much of Europe means that effective but laborious options that were available to Taiwan and Singapore, such as isolating anyone in contact with the virus, are no longer available because it is already spreading within the community.

The US Congress’s emergency $8.3bn coronavirus fund will go to initiatives such as rapid testing to assess how far the virus has already spread, public information campaigns, and offsetting economic losses as large scale gatherings and events are cancelled.

“At this point in China, in Italy, in South Korea and in the US, we are moving into a place where community spread is happening, which means you can’t quarantine all the people, you can’t stop things through a travel ban,” Kavanagh said.

As new challenges from the coronavirus continue to emerge and community infections take root, political leaders who have struggled to act quickly to contain the virus could face more trouble ahead.

In South Korea, more than 1.5 million people have signed a petition calling for Moon to resign, while approval ratings for Japan’s Abe fell eight points to 41 percent in February – the steepest decline in nearly two years – according to Kyodo News Agency.

US President Trump, who has faced several concurrent political scandals, could also face more serious questions about his handling of the crisis, threatening his bid for a second term in November.

Commentators say even Iran’s seemingly impenetrable leadership is under fire, while China’s all-powerful Communist Party has been forced to allow some public criticism over its handling of the outbreak.

Meanwhile, Taiwan’s President Tsai Ing-wen, who was re-elected by a landslide in January, may find that even as the island remains isolated from the WHO, her position may emerge even stronger.