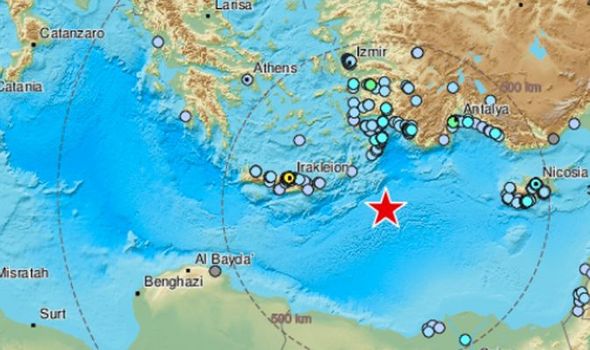 The earthquake’s epicentre is believed to be close to the island of Faliraki – which has been popular with heavy-drinking British holidaymakers for decades.

Initial estimates put its magnitude at between 5.8 and 6.4 on the Richter scale.

It is unclear whether it has caused any injuries, but the force was reportedly felt in Turkey, Egypt, Syria and Israel.

The epicentre is believed to be close to the island of Faliraki.