BERLIN (Reuters) – Friedrich Merz, one of the most likely candidates to take over the leadership of German Chancellor Angela Merkel’s conservative Christian Democrats (CDU), said on Tuesday in a tweet that he had tested positive for coronavirus. 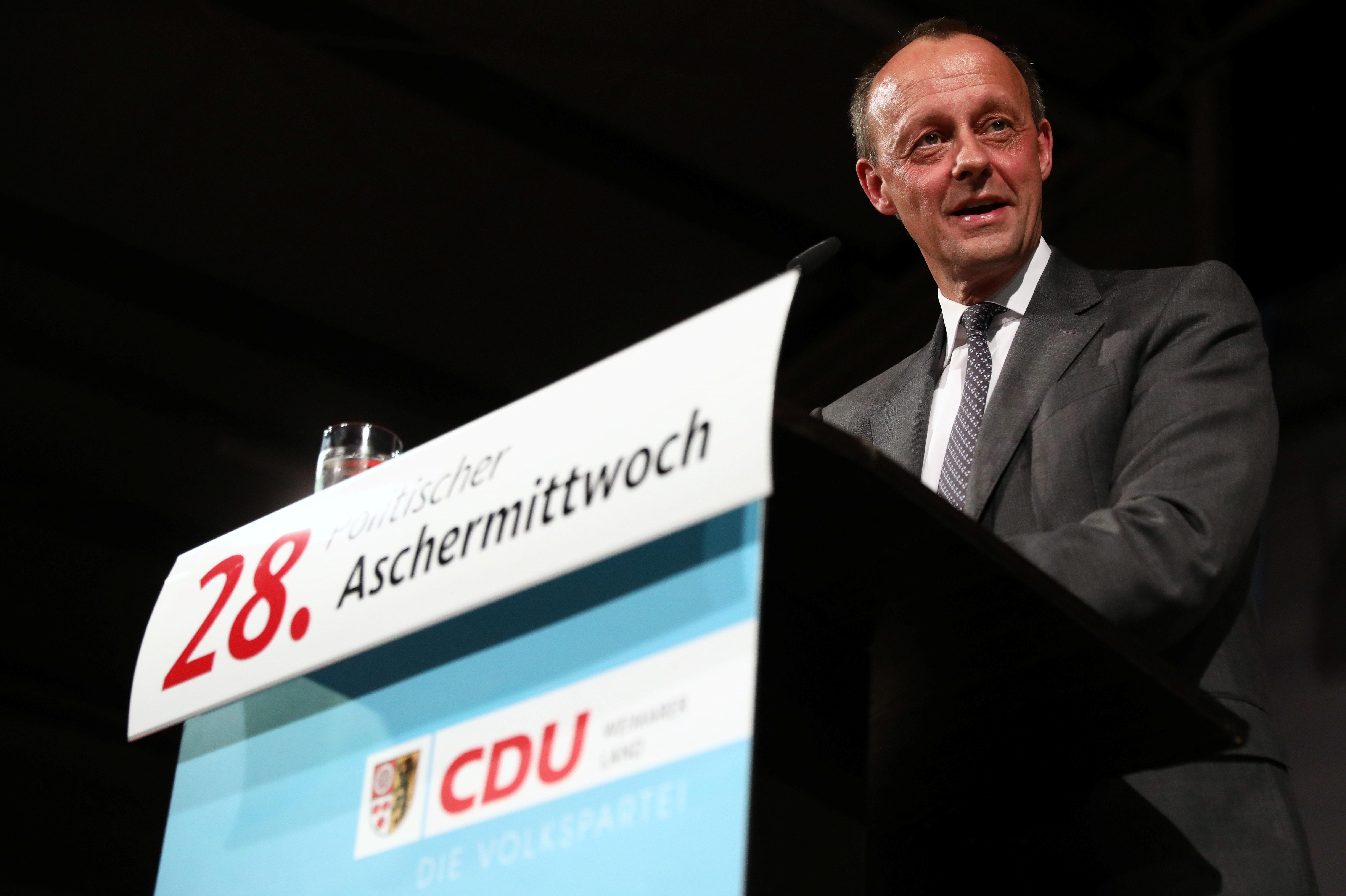 Merz, who wants to shift the CDU to the right in a clear break from Merkel’s more liberal brand of conservatism, was confirming a report first published by the dpa news agency.

“A #Corona-test carried out on Sunday is positive,” Merz tweeted. “I will stay home in quarantine until the end of next week. Luckily I have only light to mild symptoms, all appointments have been canceled.”

The CDU has postponed a conference planned for late April to pick a new leader after Merkel protegee Annegret Kramp-Karrenbauer said last month she would stand down.

Polls show pro-business Merz, 64, is ahead of his main rival, Armin Laschet, a centrist who offers more continuity after Merkel steps down in time for the next election, which is due by October 2021.

While the new CDU leader will be in a strong position to be the conservatives’ candidate for chancellor, this would still have to be agreed with the CDU’s Bavarian sister party, the Christian Social Union (CSU), which may prefer its own leader Markus Soeder.

Merkel, 65, who has led Germany, Europe’s biggest economy, for almost 15 years, has said she will not run for a fifth term.

To seek the CDU chair, Merz returned from the political wilderness after losing out to Merkel in a power struggle in 2002 and leaving the Bundestag in 2009.

His socially conservative, pro-business message appeals to the CDU’s core of western German, Catholic men who see Merkel – a Protestant woman from the east – as an anomaly.