LESBOS, Greece (Reuters) – Once better known for its ouzo, cheese, idyllic beaches and being the birthplace of the ancient Greek poet Sappho, Lesbos has been transformed under the weight of a humanitarian crisis not of its own making. 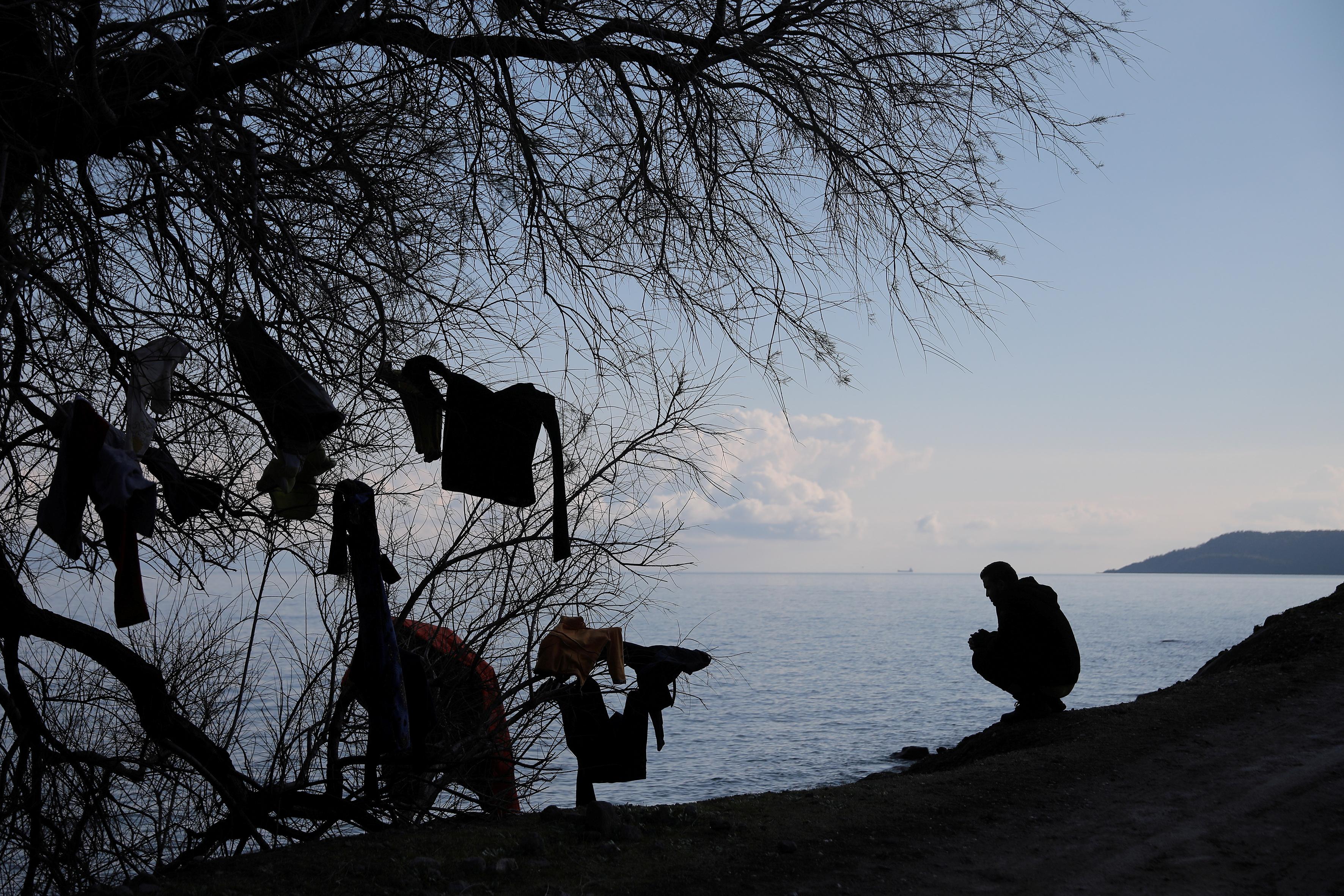 Now Lesbos, just a few miles (km) from the Turkish coast, is experiencing a fresh wave of migrant arrivals that its fishermen, hoteliers and shopkeepers fear will further harm the island’s image as a holiday destination and ruin them.

The island of 86,000 people already houses 20,000 migrants, mostly crammed into facilities meant for fewer than 3,000, but Turkey’s decision last week to open its border has prompted an upsurge in the number of migrants attempting the short – though sometimes perilous – journey across the Aegean Sea by dinghy.

“Most businesses, at least tourism businesses, are going to hell,” said Vangelis Papastavros, whose wife owns a hotel in Mytilene, the largest town on the island.

Clustered around a natural harbor, the town boasts graceful architecture and the dome of a local Greek Orthodox church dominates the skyline.

But Papastavros said the migrant crisis had brought “bad publicity” which threatened the islanders’ livelihoods.

Lesbos initially welcomed migrants when they first started arriving in large numbers in 2015-16, mostly fleeing wars in the Middle East and Afghanistan.

Many migrants carried on to the Greek mainland en route for western Europe, but after countries shut their borders, more were left stranded in Greece. Under EU law, the member state they first enter is responsible for processing their asylum claims – a process which has moved at a snail’s pace.

Now the decision by Turkey – which itself hosts 3.6 million refugees from the Syrian conflict and says it can’t take in any more – has raised the specter of many more arrivals on Lesbos and other Greek islands – and the locals are horrified.

Shopkeeper Thodoros said he might close his business if the crisis persists.

“I am already having a hard time making ends meet… You think you are in a war zone here,” he said.

Tensions on the island are running high, with frequent altercations between frustrated migrants and a badly stretched police force.

Greece has stepped up naval patrols in the area while accusing Turkey, its historic foe, of actively encouraging migrants to cross onto its territory.

The situation brings risks to the island’s fishermen, too.

“We go out at night and I can’t recall how many times we ran into them, almost getting ourselves killed,” said Yiorgos Mavrapidis, 67, referring to the risk of collision with dinghies carrying the migrants to Greece.

On a pebble beach a few meters away are strewn plastic bottles, unopened pots of baby food and discarded red and gray lifejackets, left by around 100 newly-arrived Afghan migrants who camped there this week before being moved to Mytilene.

The fishermen also fret over the economic impact of the crisis.

“If, God willing, we catch five kilos of fish we don’t know what to do with them any more,” said Nikos Katakouzinos, 47.

“As outlying islands we had a bit of tourism, well, now, that’s all but gone.”

“Our lives have changed… We can’t deal with our own problems and now we are having now to deal with this too.”