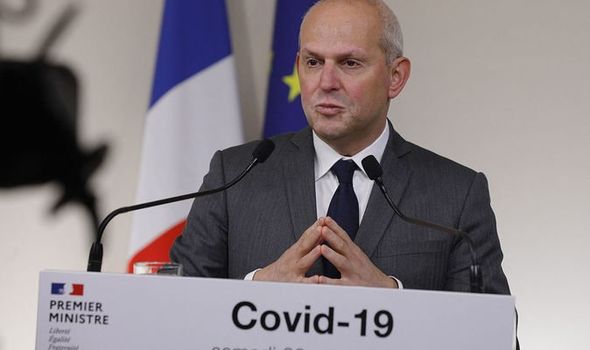 A total of 45,170 people have tested positive for the flu-like infection so far in France, the head of the country’s public health service Jérôme Salomon told a daily press briefing.

France is dealing with an “unprecedented, severe and deadly” epidemic, M Salomon told reporters, adding the country was fighting against a virus that is “very contagious” and “spreads very easily”.

Commenting on the record death toll, he said: “We are not in a drop at the moment. We hope that this increase will be more modest in the coming days.”

M Salomon also warned against the risk of self-medicating, insisting that “no drug has proved effective yet”.

Health officials consider new daily hospital admissions and the number of people going into life-support as the key indicators to see if the tide is turning and if the health system can cope.

Health authorities have also said that the drastic lockdown measures in place since March 17 would only start to bear fruit by the end of this week.

The full lockdown, which has been extended until “at least” April 15, bans people from leaving their homes other than to buy food, go to work, seek medical care or exercise alone.

Prime Minister Edouard Philippe has warned that the toughest weeks in the full-fledged war against the virus were still to come, as doctors in the capital said on Monday they were close to saturation point.