Russia: Commentator calls for Putin to ‘turn gas off’

The Kremlin has warned it will not return its gas exports to Europe to previous levels unless sanctions on Russia are lifted. Following Moscow’s invasion of Ukraine in February, western allies hit back with severe sanctions to try and damage the Russian economy. In retaliation, Russia has reduced its gas output to Europe, and now Kremlin spokesman Dmitry Peskov blames sanctions for the move. He said on Monday: “It is these sanctions imposed by the western states that have brought the situation to what we see now.”

But with prices already soaring across the globe, what is Europe doing to replace the gas it now cannot import from Russia?

Prior to the war in Ukraine, the EU relied on Russia for around 40 percent of its gas.

Data via Eurostat showed that, in 2020, the EU imported 21 percent of its natural gas from Norway, eight percent from Algeria, and five percent from Qatar.

With Russia now holding on to its natural resources, it has been estimated that the EU is now just getting 15 percent of its natural gas from Russia.

Professor Yannis Maniatis of Piraeus University in Greece recently wrote a report which said Russian gas only accounted for 11 percent of total EU imports of gas in August. 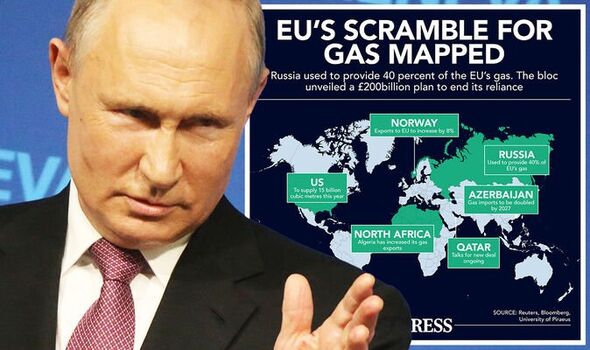 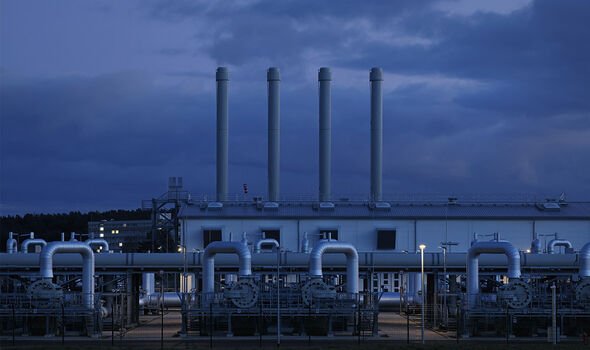 As reported by Greek newspaper Ekathimerini, the study also found that Norway contributed between 25 and 35 percent, North Africa made up 10 to 13 percent and Azerbaijan between three and four percent.

The EU has spent recent months looking for new sources of natural gas.

Reuters reported that the bloc has largely turned to liquified natural gas from the US and Qatar to plug the gaps.

This has been aided by Norway, whose gas exports are set to increase by eight percent this year to 122 billion cubic metres.

However, because the liquified natural gas facilities around the world are already running at full capacity, Europe needs to strike fresh deals. 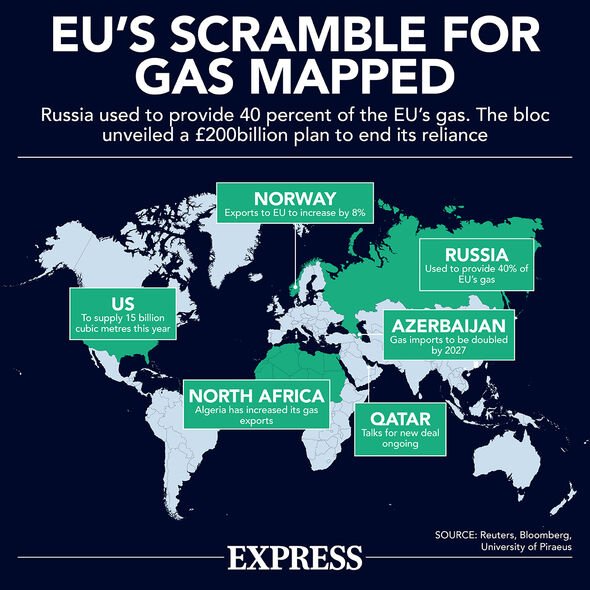 In July, the EU also turned to Azerbaijan, signing a new agreement to double gas imports from the country by 2027 – potentially rising to 20 billion cubic metres of gas.

On a visit to Baku, European Commission President Ursula von der Leyen celebrated the deal, saying: “From next year on, we should already reach 12 billion cubic meters”

The EU is also turning to Qatar for additional help, but negotiations with the Middle Eastern country could prove more complicated.

As Bloomberg reported in June, leaders in Doha want two decades of business guaranteed. But some European leaders would prefer a shorter-term agreement.

A major concern for EU figures is that a long term deal would see the bloc continue to use fossil fuels, potentially compromising their efforts to curb emissions.

Even with possible new deals in the pipeline, some experts are sceptical that Europe will be able to effectively replace Russian gas. 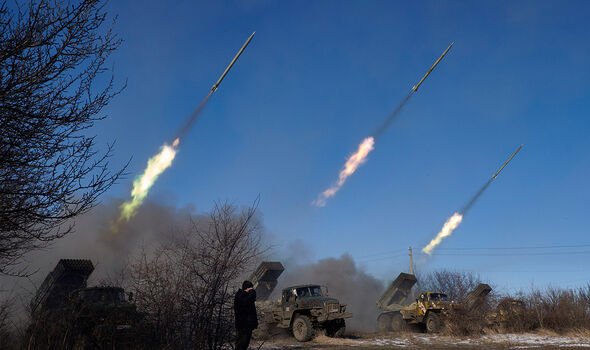 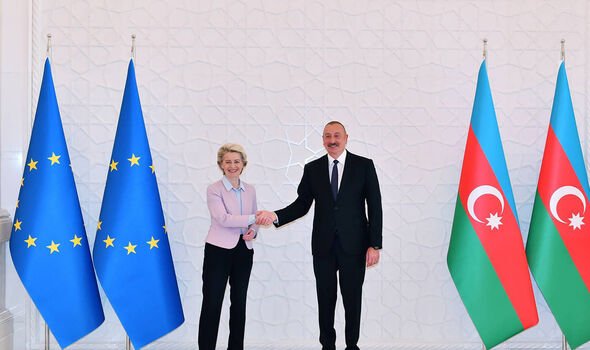 He told CNBC: ″[The EU] will pay more on average for its [non-Russian] oil and gas than its peers. Asian countries will buy more Russian oil at discounted prices.

“Liquified natural gas imported by Europe from the US will cost more than the price paid by US consumers owing to transport and liquefaction/re-gasification costs.”

The transition away from Russian gas is also proving to be painful, with many economic experts warning that Europe is headed for recession.

However, economists at Yale University recently wrote a report arguing that Russia will be hurt more than Europe by the gas standoff.

They also said Moscow was headed for “economic oblivion”.

The Yale experts added: “Looking ahead, there is no path out of economic oblivion for Russia as long as the allied countries remain unified in maintaining and increasing sanctions pressure against Russia.”