The demands on the nation’s delivery drivers are immense, but even after the death of a worker, few expect change. 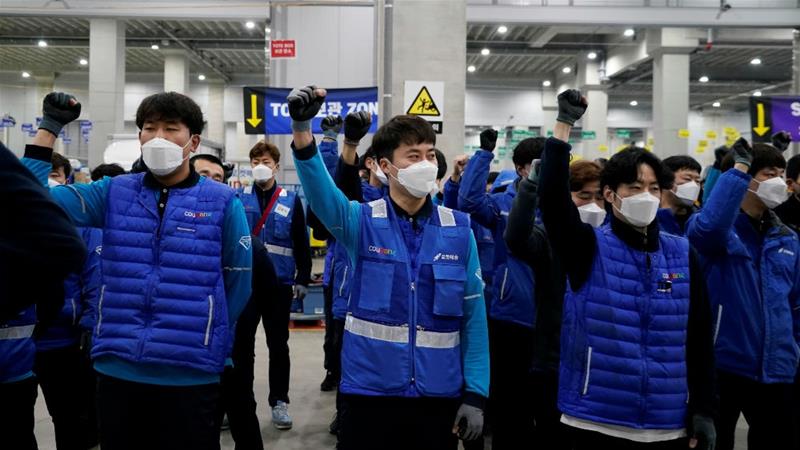 Seoul, South Korea – In the middle of last month, a delivery driver for Coupang, South Korea’s biggest online marketplace, was found dead between the fourth and fifth floors of the apartment building where he was supposed to be delivering a package.

The man, known only as Mr Kim, was in his 40s and had only been doing the job for a month.

The official cause of death was heart disease, but the tragedy convinced Ha Woong, a 34-year-old delivery worker at the same company, to step up his campaign for better pay and shorter hours.

“I think he died from overwork and the pressure to deliver packages quickly,” Ha said. “I think poor working conditions led to this … I always knew something like this would happen.”

Sometimes for no fee at all, South Koreans can get meals delivered to campsites, park grounds or their homes in less than an hour and with a minimum order as small as $8. Coupang’s “Rocket Wow” delivery service promises customers their packages by dawn and people can often return items they bought by simply leaving them in front of their door. 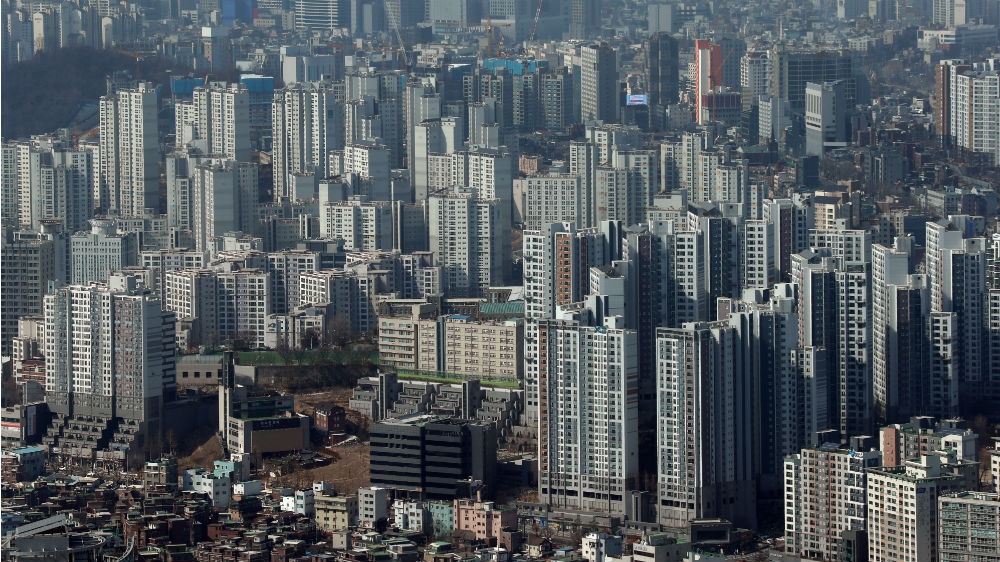 “We get everything delivered as if we are Prime members,” said Andrew Eungi Kim, a professor of sociology at Korea University, referring to the rapid delivery service offered by Amazon, the world’s biggest online retailer. “Because everything gets delivered so fast and at such a cheap rate, I think we just love to order things online.”

While the March death of the Coupang delivery man was all over the national news headlines, Kim is sceptical that the incident will lead to real change.

Coupang told South Korean reporters that the worker who died had half the customary workload because he was a new hire. At the same time, competition for jobs is growing – despite the conditions – because there are fewer opportunities elsewhere.

Work ‘anyone can do’

“In the delivery service industry, I have never heard of a shortage of workers. It’s the kind of work that anyone can do,” Kim said. “As a sociologist, I’ve observed the kind of men and women who deliver things to my house, and it really ranges from a young person to someone who definitely looks like he’s in his 60s, if not older.”

With the outbreak of COVID-19 making people reluctant to go out, the outbreak has further fuelled demand for delivery services.

“I’ve heard that more and more South Koreans are ordering online because of coronavirus,” Woo Ye-jin, a 25-year-old university student told Al Jazeera. “I was so surprised when I saw delivery services in other nations … When I studied abroad in New Zealand, I was shocked that I had to wait 20 days for something I bought online and pay for shipping.”

Coupang reported record-breaking numbers of orders at the beginning of the outbreak. On a single day in late January, Coupang said it received 3.3 million next-day delivery orders. That is a huge increase from the year before when Coupang broke its record of the time by delivering 1.7 million purchases to homes in a single day.

For Ha, this has meant a lot more work.

One year ago, he was delivering packages to about 80 households a day. Now, he visits between 130 and 150 homes, and he claims that some of his colleagues reach as many as 180.

Older apartment buildings often do not have elevators, so the delivery workers have to run up and down the stairs. It is often hard physical labour for Ha and his colleagues, on top of the long hours.

“If companies can’t change this, I think they need to compensate accordingly for the amount of deliveries we do a day, and to also think about our safety and health,” Ha said.

He added that many delivery workers are tracked by a GPS system and awarded a score based on how many packages they can deliver, as well as how quickly they drop them off. The higher the score, the better the pay.

“In some parts of the country, we have so much to deliver that we’re forced to start work even earlier. That’s the reality we irregular workers are forced to face,” he said. “If I am fast and do my colleague’s deliveries, that means I take a bowl of rice right from his hands.” 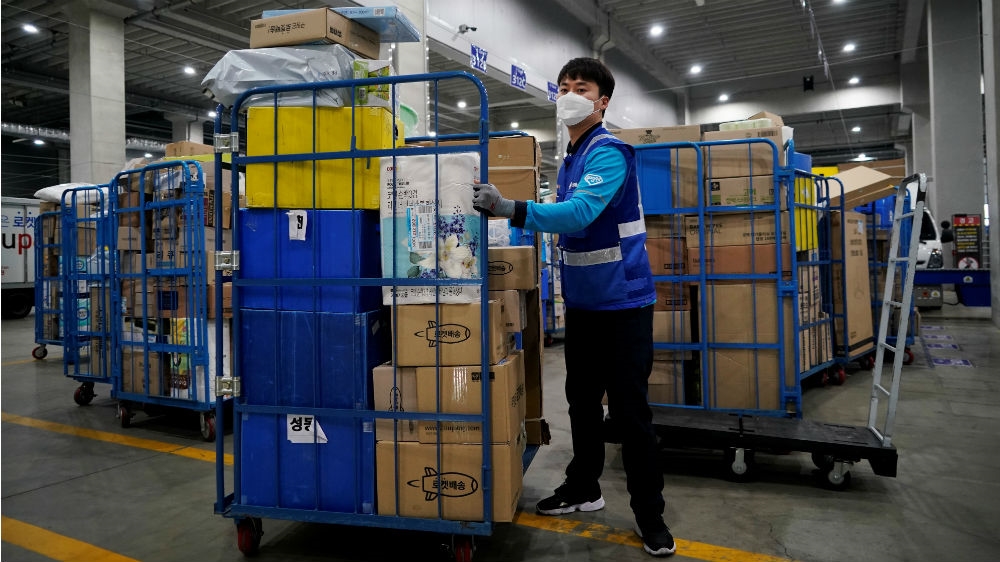 Making a living is an increasingly hard slog for many of South Korea’s working class. According to 2019 numbers, the average irregular worker made 1.72 million won (about $1,400) a month, which is far less than the 3.16 million won ($2,572) regular South Korean workers took home over the same period.

The number of packages may soon rise again as the South Korean government resumes campaigns urging citizens to keep “social distancing” and stay home. The number of new confirmed COVID-19 cases have hovered about 100 per day, but experts have warned that a new outbreak could happen at any time

Coupang also recently announced that it will step up efforts to boost delivery workers’ safety in the face of COVID-19 by providing regular health checkups to workers and remote health counselling services.

For now, Ha is doing what he can to keep up the hustle and continues to deliver packages at least five days a week.

But even as the coronavirus has highlighted the struggles of the country’s army of delivery drivers, the outbreak has brought an end to discussions on improved conditions.

“We have long been negotiating with the company on reducing deliveries, changing how we are evaluated and overall system reform, which has forced us to work in an atmosphere of endless competition,” he said. “But for the time being, negotiations are indefinitely suspended because of the COVID-19 outbreak.”