Coronavirus has caused more than 3,000 deaths across Italy, with the southern European country officially surpassing the dark record China had previously set. Hospitals in the peninsula have been facing insurmountable pressure, with medical staff now being forced to triage patients to prioritise those who may survive over those who are most likely to die. Speaking to Channel 4 News, Bergamo Red Cross volunteer Luca Valoti said: “You have to triage.

“The walking wounded are the green cases. Those who won’t make it are the black cases.

“Then there are those who have a chance of surviving. This is now the reality in our hospitals.”

Fellow volunteer Samanta Cortesi also opened up about the stress medical and Red Cross staff have been facing because of the overwhelming demand for care.

Ms Cortesi said: “You get the relatives over your shoulder saying, ‘Do something, he’s dying before our eyes. Take him to emergency. Why aren’t you doing anything?’

JUST IN: Britons told to STOP panic buying in coronavirus plea – ‘There is NOT a food shortage’ 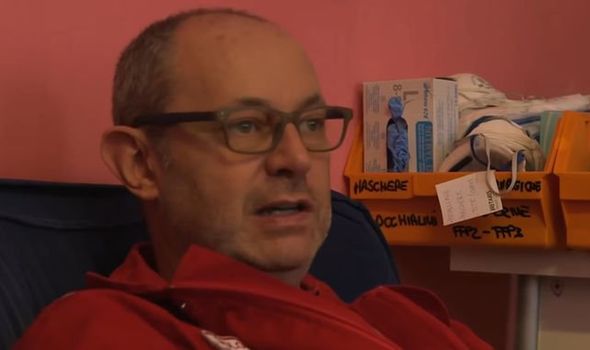 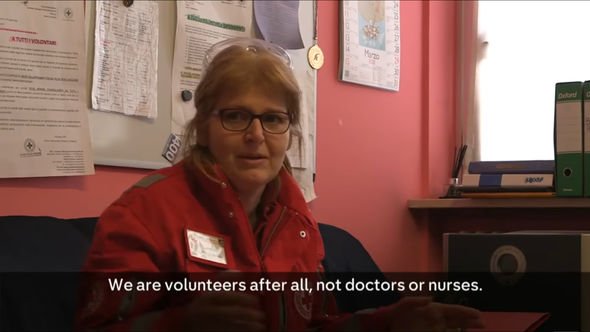 “Some of us can deal with it. Others see this once, twice, three times and can’t take it anymore. We are volunteers after all, not doctors or nurses.”

Prime Minister Giuseppe Conte ordered the whole country under lockdown nearly two weeks ago in a desperate attempt to slow down the spread of the coronavirus COVID-19.

The end of the quarantine was originally scheduled for April 3 but Prime Minister Conte earlier this week admitted the country is on the verge of extending the period of self-seclusion amid the growing number of cases. 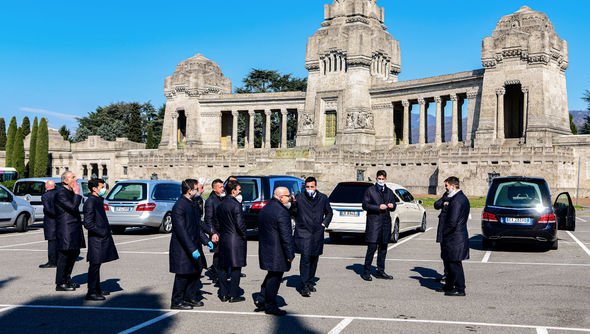 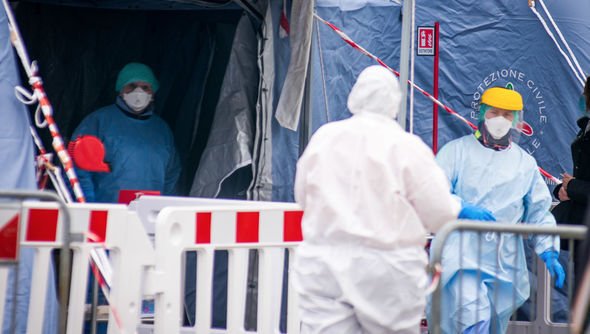 Mr Conte said: “We’re moving toward an extension of the total bloc imposed until April 3.

“The lockdown of shops, as well as schools and universities, can only be extended to a date yet to be set.”

There have been 3,405 dead in Italy, which is a rise of 427 on the day before, and the outbreak first started to take hold in Italy on February 21. China has reported 3,245 deaths.

Thursday’s figure represented a slight improvement on the day before, when Italy recorded 475 deaths – the most reported by any country in a single day since the start of the outbreak. 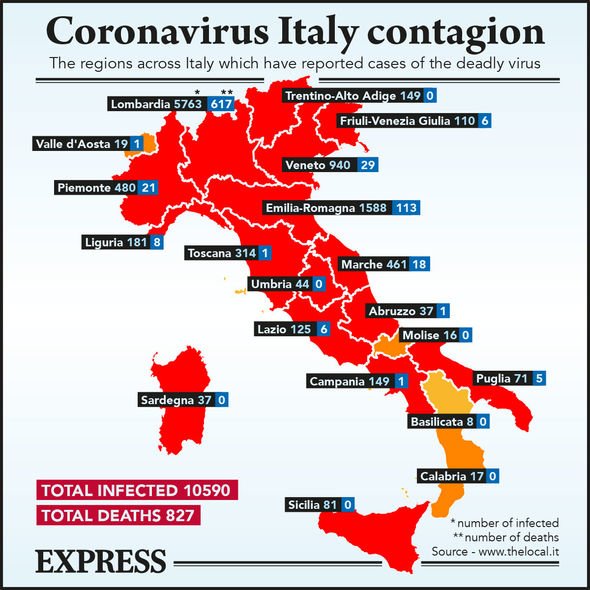 Coronavirus is known to be more of a threat to the elderly as well as those with underlying health conditions.

Italy has the second-oldest population in the world and the younger generation mingle more often with elderly loved ones.

University of Oxford researchers have put these two facts down as possible reasons for Italy’s death toll being so high.

University of Oxford demographer and epidemiologist Jennifer Beam Dowd, lead author of the paper said: “Extended longevity has played some role in changing the population structure.

“But it actually has most to do with how rapid the decline in fertility has been in a population.”