BRUSSELS (Reuters) – Protesters at a rally led by climate activist Greta Thunberg on Friday denounced governments for taking urgent action against the coronavirus outbreak but failing to treat global warming as an emergency.

Several thousand people braved the rain in Brussels with the 17-year-old Swede, marching through the city that is home to the European Union’s main institutions.

“It is shameful that for so long the climate and environmental emergency has been ignored. We are still in a crisis that has never once been treated like a crisis,” Thunberg told the demonstrators in a speech.

Some supporters said they had put aside concerns about being infected with the coronavirus in a crowd to join the march.

“It’s pick your evil. Do you want to die from global warming or from coronavirus?” said Gorkem, 40, wearing a face mask.

“One of them gets much more attention than the other, so we are trying to raise a bit more awareness about what is already affecting all our lives.”

Flo, a filmmaker from the Belgian city of Ghent who attended with her baby daughter, said the rapid spread of the coronavirus had demonstrated that governments can respond to crises.

“You see people all crazy with coronavirus and you see that governments can do things to make everybody aware about a situation, to make things happen … But they do so little about climate change,” she said.

Organisers said some 4,000 people attended the event, fewer than expected, probably because of the weather and concerns about the spread of the virus in large crowds.

Andaga, 25, a marine biology student from Ghent, said some of her friends stayed away because of worries about the virus.

“I thought, okay, maybe I should carry hand sanitizer, but it was sold out everywhere … Yes, it was a concern of mine but not enough to stop me from coming out and marching,” she said. 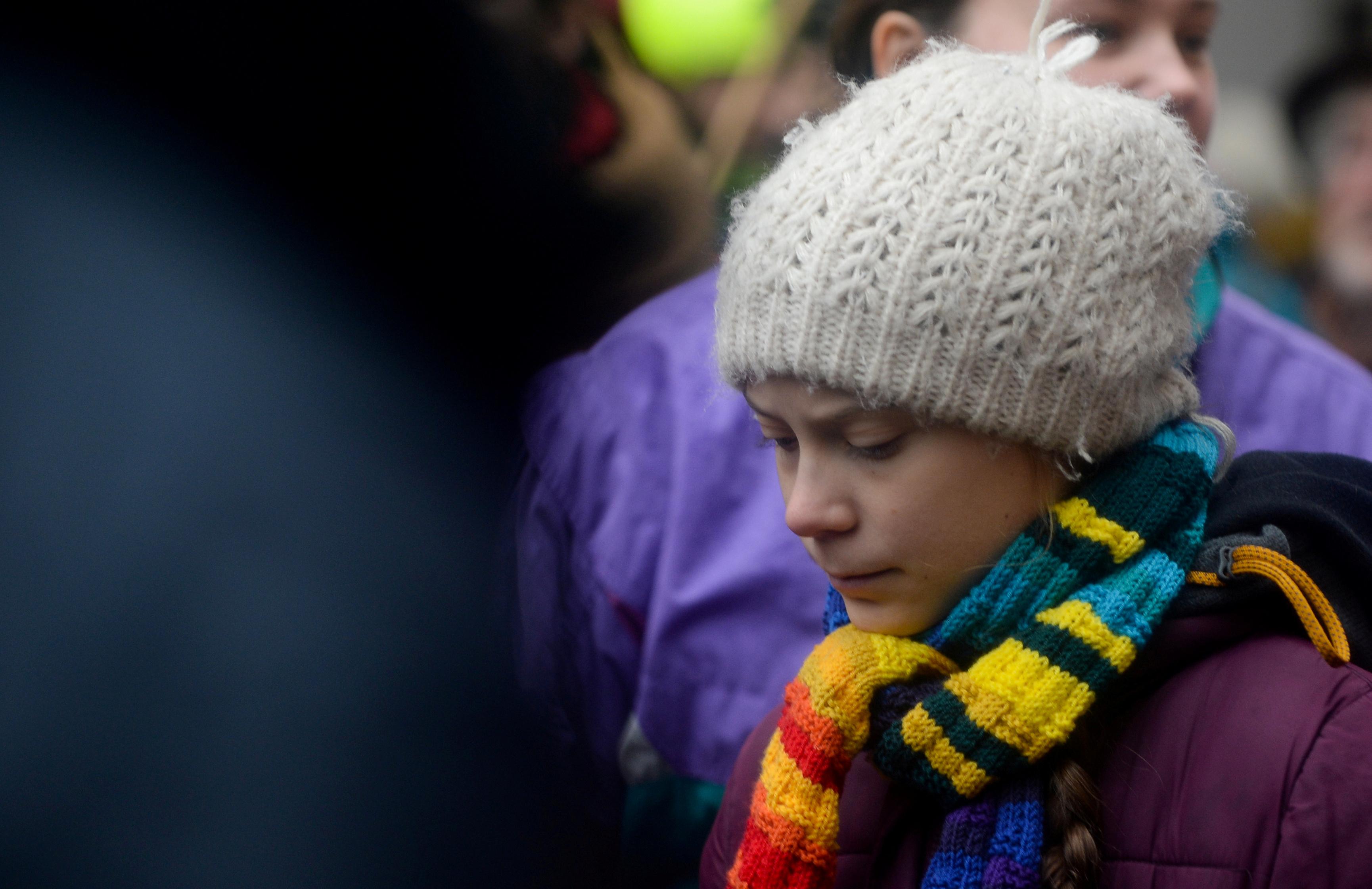 While the protest went ahead, some events in the European Union’s hub have been canceled as a precaution.

The European Parliament has banned external visitors for the next three weeks, although it waived its own rule on Thursday to allow Thunberg to give a speech.

Other climate events have fallen victim to the virus. The United Nations on Friday postponed a week of climate change events in Kampala, Uganda, which had been scheduled for next month.