BEIJING (Reuters) – Chinese President Xi Jinping visited Wuhan, the epicenter of the coronavirus outbreak, on Tuesday, the first time he has done so since the epidemic began and a sign that Beijing believes its efforts to control the virus are working. 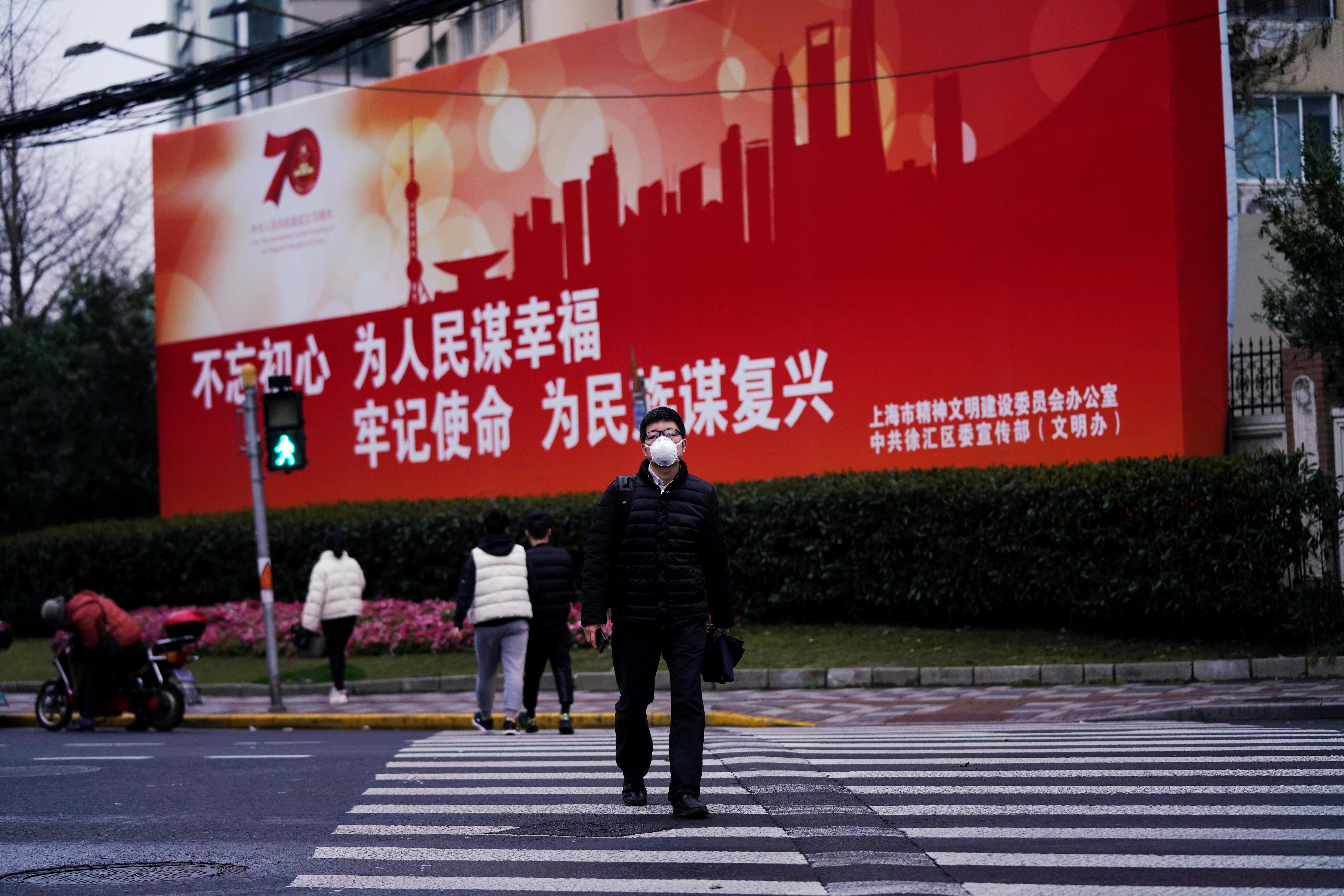 His arrival in the city, where the virus is believed to have first taken hold late last year, comes after its spread in mainland China has sharply slowed in the past week and as attention has turned to preventing imported infections from overseas hot spots such as Iran, Italy and South Korea.

News of the visit gave a lift to Chinese stocks, with the blue-chip index .CSI300 climbing back into positive territory after falling as much as 1% in morning trade.

“It is obvious that Xi could not have visited Wuhan earlier because the risk of him contracting the virus there was initially too high,” Zhang Ming, a professor at Renmin University in Beijing, told Reuters.

“He is there now to reap the harvest. His being there means the CCP (Communist Party of China) may declare victory against the virus soon,” Zhang said.

China came in for criticism at home and globally over its early response to the outbreak, suppressing information and downplaying its risks, but its draconian efforts at control, including the lock-down of Wuhan and Hubei province where it is originated, have been effective at curbing the spread.

Hubei province, of which Wuhan is the capital, said on Tuesday it would implement a “health code” system to allow people in areas at a medium or low risk of contracting the coronavirus to start traveling.

During his trip to Wuhan, Xi will “visit and express regards to medical workers, military officers and soldiers, community workers, police officers, officials and volunteers who have been fighting the epidemic on the front line, as well as patients and residents during the inspection,” state news agency Xinhua said.

Separately, Taiwan’s government said on Tuesday a second round of evacuations of its citizens who had been stranded in Wuhan had begun, after weeks of arguments between the Chinese-claimed island and Beijing over the arrangements.

Mainland China had 19 new coronavirus infections on Monday, the National Health Commission said on Tuesday, down from 40 a day earlier. It also marked the third straight day of no new locally transmitted coronavirus cases outside of Hubei.

Of the new cases, 17 were in Wuhan, while one was in Beijing and one other in Guangdong due to people arriving from abroad, according to the health authority.

That brings the total number of confirmed cases in mainland China so far to 80,754.

However, Chinese authorities have ramped up warnings about the risks from foreigners and Chinese nationals traveling to China from viral hot spots abroad such as Iran and Italy.

The one case in Beijing on Monday was due to a traveler from Britain, and the one in Guangdong was an imported case from Spain. As of Monday, there have been 69 imported cases.

More than 114,300 people have been infected by the coronavirus globally and over 4,000 have died, according to a Reuters tally of government announcements.

Outside China, Italy, South Korea and Iran have reported the most cases and deaths.

Since the outbreak, 59,897 patients have been discharged from hospitals in China. Recently discharged patients need to go into quarantine for 14 days.

In Wuhan, 12 of the 14 temporary hospitals dedicated to treating coronavirus patients have closed, with the remaining two due to shut on Tuesday.

On Saturday, a small hotel used to quarantine people under observation in southern Fujian province collapsed, killing 20, while 10 had yet to be rescued.

Of the 71 people inside the hotel in Quanzhou city at the time of the collapse, 58 were in under quarantine, the Quanzhou city government said.

As of the end of Monday, the overall death toll from the coronavirus outbreak in China reached 3,136, up by 17 from the previous day.

Hubei reported 17 new deaths, all of which were in Wuhan.

Xi, who was mostly absent from Chinese state media coverage of the crisis in its early days, has become for more visible in recent weeks. 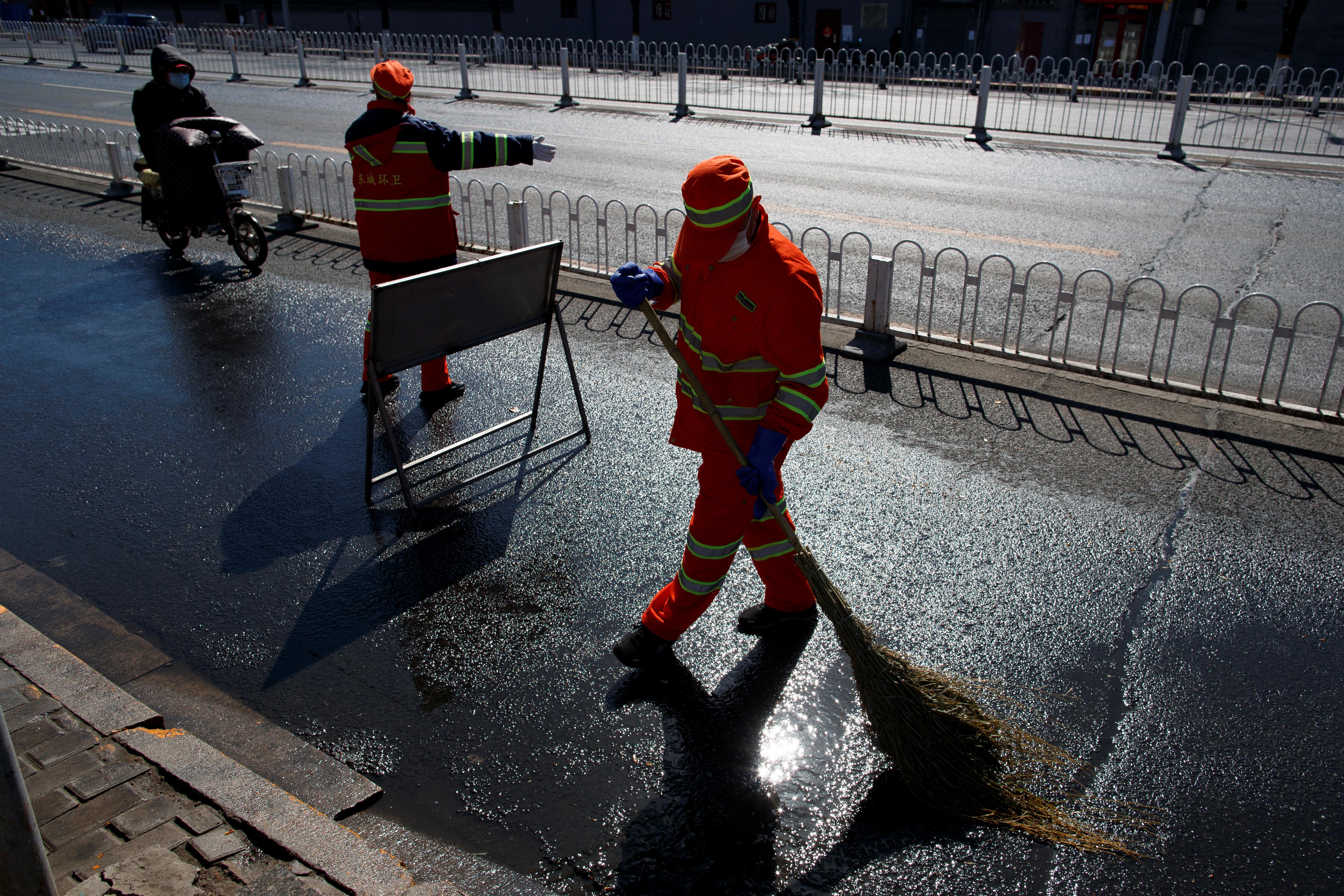 The Global Times, a nationalist tabloid published by the official People’s Daily, on Tuesday detailed the various instructions and actions Xi had given and taken between Jan. 7 and March 2 to combat the epidemic.

“Xi personally commands the people’s war against the epidemic. He has been paying constant attention to the epidemic prevention and control work and made oral or written instructions every day,” the newspaper said.