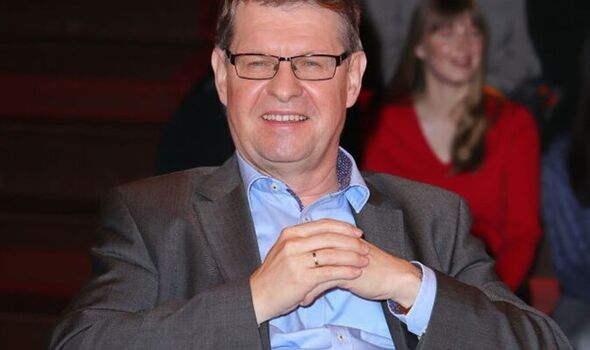 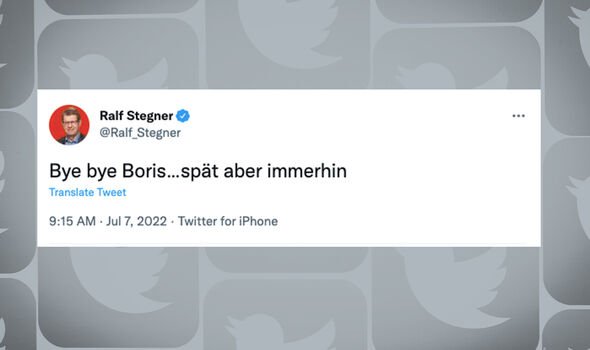 Mr Stegner is the latest politician in Europe to react to the news Boris Johnson has quit as Tory leader after ministers and MPs made clear his position was untenable.

Arch-europhile and Brexit critic Guy Verhofstadt wasted no time putting the boot in following Mr Johnson’s resignation as Tory leader, tweeting: “Things can only get better.”

Mr Johnson will remain as Prime Minister until a successor is in place, expected to be by the time of the Conservative Party conference in October.

A No 10 source said Mr Johnson spoke to Sir Graham Brady, chairman of the Conservative 1922 Committee, to inform him of his decision.

They said: “The Prime Minister has spoken to Graham Brady and agreed to stand down in time for a new leader to be in place by the conference in October.”

The ebullient Mr Johnson came to power nearly three years ago, promising to deliver Britain’s departure from the EU and rescue it from the bitter wrangling that followed the 2016 Brexit referendum.

Since then, some Conservatives had enthusiastically backed the former journalist and London mayor while others, despite reservations, supported him because he was able to appeal to parts of the electorate that usually rejected their party.

That was borne out in the December 2019 election. But his administration’s combative and often chaotic approach to governing and a series of scandals have exhausted the goodwill of many of his lawmakers while opinion polls show he is no longer popular with the public at large.

The recent crisis erupted after MP Chris Pincher, who held a government role involved in pastoral care, was forced to quit over accusations he groped men in a private member’s club.

Mr Johnson was forced to apologise after it emerged that he was briefed that Pincher had been the subject of previous sexual misconduct complaints before he appointed him. The prime minister said he had forgotten.