BETHLEHEM, West Bank (Reuters) – The streets of Bethlehem were near-empty on Friday as Palestinian police wearing masks patrolled the traditional birthplace of Jesus, hit hard by a state of emergency declared over coronavirus. Palestinian President Mahmoud Abbas announced the 30-day measure across the occupied West Bank on Thursday after seven coronavirus cases were found in Bethlehem among hotel workers thought to have caught it from tourists.

In other parts of the West Bank, Palestinian security forces staffed checkpoints and turned some foreigners away.

The full impact of the order to close schools and colleges and cancel foreign tourist reservations will only be felt after Friday, when most offices were closed for the weekend.

South of Jerusalem, the gate was closed at the main Israeli checkpoint into Bethlehem, where tourist coaches were turned away. While some visitors got in through other entrances they found the heart of the town, the Church of the Nativity, closed.

“It is sad because we really wanted to visit and see the city,” said Leonardo Cairoli, a tourist from the Netherlands as he stood in a near-deserted Manger Square.

Seeing Cairoli’s disappointed family, Father Essa Thalgi came out to talk to them. He said the church was being sanitized and would likely reopen in 14 days.

“You’re talking about a catastrophe economically but we should take care of our health,” said Nabil Giacaman, a souvenir shop owner.

“All the time we are ready for the political situation like war in Gaza or some clashes on the checkpoints or on the wall, but this,” Salameh said, “it’s something new for us.”

Religious authorities closed around 30 mosques, conferences were canceled and national parks shut across the West Bank.

Prime Minister Mohammed Shtayyeh said movement between areas should only be done “in cases of extreme necessity”.

The Palestinian Authority exercises limited self-rule in the Israeli-occupied West Bank under interim peace accords with Israel, where around 15 people have been diagnosed with the virus.

There were lower numbers than usual praying at Jerusalem’s Al-Aqsa mosque on Friday, but observers cited different factors, including heavy rain, checkpoint closures and health fears. 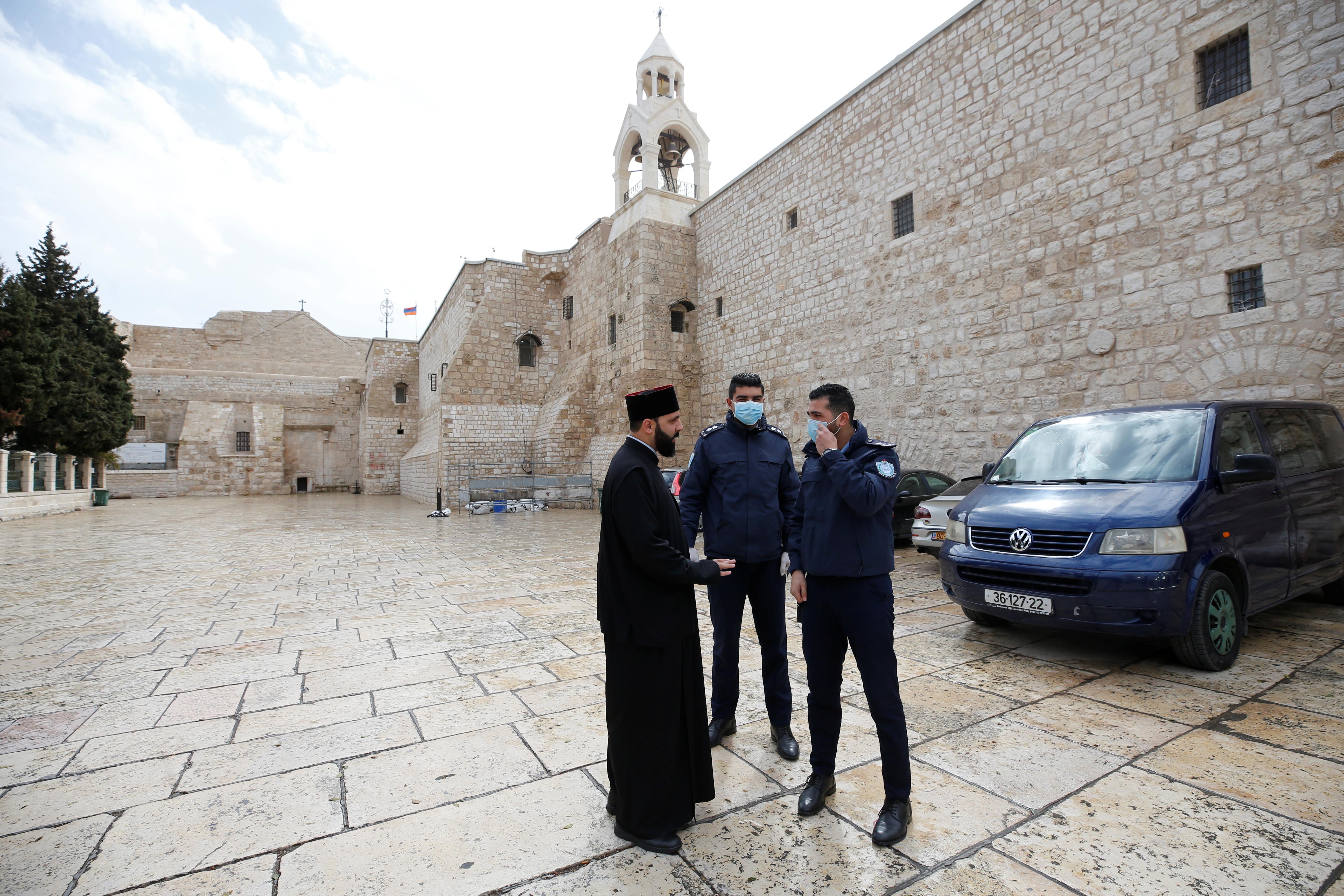 Elsewhere, West Bank towns such as Jericho have seen foreigners turned away at checkpoints and some visitors have reported feeling uncomfortable.

“I don’t feel safe. If I go out, people shout ‘corona’ or some people follow me for five minutes taking pictures,” said one East Asian student.

No coronavirus cases have been reported in Gaza, which is ruled by the Islamist group Hamas. Nonetheless, the U.N. agency which aids Palestinian refugees said it would close its 274 schools there on Saturday to assess the situation.