The UK is braced for a “freezing wintry weekend” according to the latest BBC weather forecast. BBC meteorologist Matt Taylor warned that Arctic air will spark a dramatic change in weather this weekend. There are even forecasts that show temperatures in Scotland and northern England “feeling like -13C” this weekend.

This comes after a week of warmth across much of the country, with temperatures reaching as high as 19C.

However, Taylor said that this would come to a swift end on Saturday, announcing a “weekend of weather change”.

He said: “It has felt like Spring for some of you over the last week – but it will feel more like Winter as we go into the weekend.

“It will turn much much colder with a significant wind chill.” 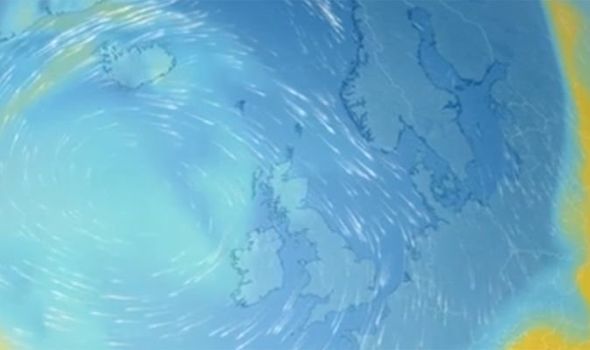 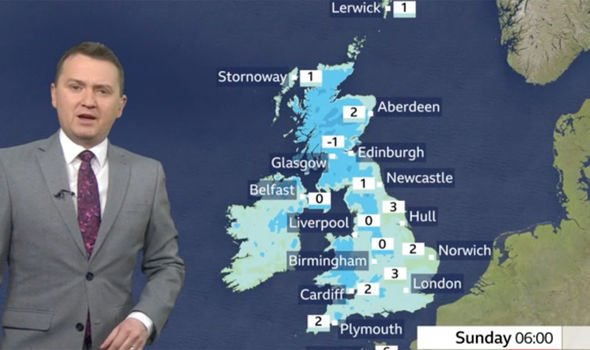 He continued: “The high pressure means we are dragging in air from Greenland and the Arctic, hence we will see things turn much colder.

“We will see showers develop this afternoon across Northern Ireland, northern England, and the Midlands.

“It will turn increasingly wintry as we move through Saturday with a mixture of hail, sleet and a bit of snow at times.

“Temperatures will only reach 3C – 4C in the north today. It will feel colder than it has done of late. 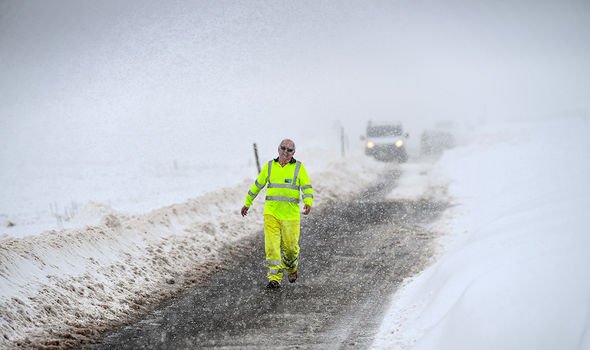 “This means there will be a frost developing overnight. Tomorrow the winds strengthen even further.

“Across England and Wales, they could reach 40 – 50 mph. With temperatures already in single figures across the board, add in that wind chill and it will feel much much colder.

“It will feel closer to freezing across many central and eastern areas.” 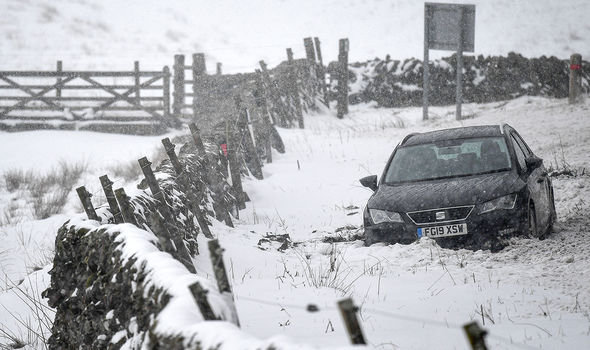 Other forecasts show the freezing wind chill making it feel close to -13C across Scotland and the north as temperatures resemble mid-winter, instead of spring.

Temperatures could drop as much as 10C on Saturday alone, after Britain bathed in temperatures up to 19C in some areas this week, with sunny conditions across the nation.

Jim Dale, meteorologist for British Weather Services, explained: “It is going to turn much colder at the weekend as high pressure brings Polar air across Scandinavia towards Britain.

“It is not out of the question that as well as the frost, some places could wake up under a late winter blanket.”