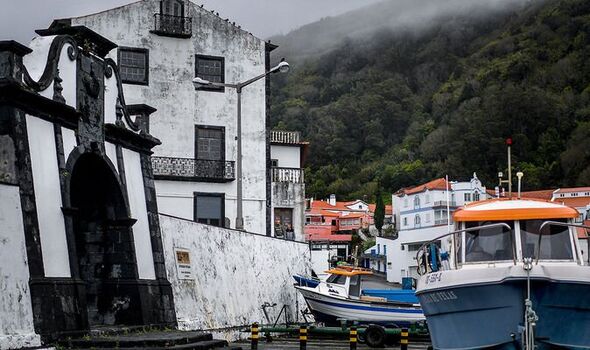 In just a week, the island has recorded over 12,000 tremors, of which around 200 the population have been able to feel. The highest magnitude recorded so far has been 3.3.

The region’s seismic surveillance centre raised the volcanic alert to four on Wednesday, meaning there was a “real possibility” that the volcano could erupt.

The last time the volcano erupted on the island was in 1808, which saw a series of explosions along the south-central part of the island, with lava reaching as far as the coast.

The surveillance centre said that there was “no evidence that a volcanic eruption was imminent”, but said such a scenario could not be discarded.

In the meantime, the island’s emergency strategy had been activated and preparations are in place to evacuate all 8,400 Sao Jorge residents if needed.

However, a large proportion of the residents have already made their own way off the island.

Government figures on Saturday showed that around 1,250 people left the island on Wednesday and Thursday alone.

Fatima and Antonio Soares, both in their 70s, decided to leave on Saturday along with many other residents – a week after the tremors began.

While waiting at the airport in Sao Jorge for a flight to a nearby island, Mrs Soares said: “I asked the taxi driver to please take a picture of us because I don’t know if my house will look the same when I come back.”

She added: “Tears started to fall straight away.”

Mr Soares commented: “Leaving our house at this age is hard.”

The island’s ports said they were in the process of preparing for a natural disaster scenario, and authorities were drawing up plans to keep livestock and other animals safe.

Meanwhile, care home residents and those hospitalised in the municipality of Velas, where the majority of the seismic activity has been recorded, have already been transferred to the other side of the island.

He added: “We are all very anxious. It is a phenomenon for which we are not prepared.”

The Mayor of Velas, Luis Silveira, has said that there was no need to evacuate all the residents, but admitted that many had left the island of their own accord.

He added: “We are living moments of anguish, of some fear. We have been asking people to keep calm, but it is becoming harder.”

However, people living around the small plains at the bottom of the cliffs originally created by volcanic eruptions have been told to leave their homes.

While many, like Kelly Fonseca, who moved to the island in search of a better life and is now “scared to death”, are getting off the island, some residents are saying put.

Luis Mendonca, a 52-year-old, seemed less worried by the seismic activity, stating: “I will only leave my house as a last resort.

“It’s not like they will touch a button and the bomb will go off. It will evolve slowly.”