Archaeology students would find themselves in dreamland if they found the ancient Chinese “Ghost Fleet”, sent out by the Yongle Emperor to create the earliest world map between 1390 and 1430 AD. The Emperor, whose project has gone down in folklore through the centuries, ordered that the fleet had to “sail to the ends of the earth” to map the globe and spread Chinese civilisation. The Chinese armada was so vast, National Geographic Magazine described it as “a massive shadow on the ocean that moved like a floating city that stretched across miles and miles of ocean”.

The man he tasked with the undertaking, Zheng He, wrote: “We have travelled more than 100,000 Li (around 31,000 miles) of immense water spaces and have witnessed in the ocean waves like mountains, while our sails, unfurled like clouds day and night, continued their course like a star, traversing those savage waves as if we were treading a city street.”

Historians and archaeologists alike tend to agree that the Chinese fleets made at least seven voyages between 1401 and 1435.

Referred to as “Ghost Fleets” because so much about them remains mysterious, legend has it that the ships were sent away and told never to return.

On one trip back to China, Zheng He is said to have been told by the Emperor: “You have everything you could possibly need. 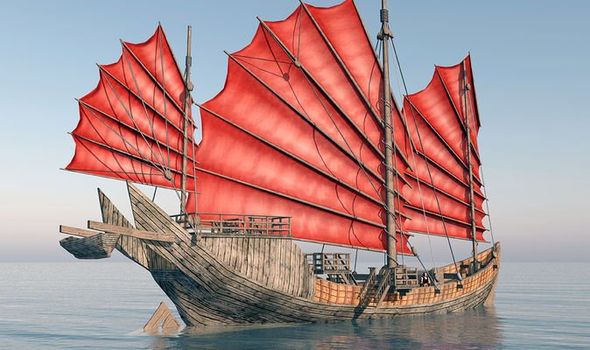 “You have overseen everything yourself. You cannot blame me if you are missing something. Talk to your officers. Determine whether there is still something you need.

“Take the fleet. Go away. I don’t care where you go. But, wherever you go, do not come back.

“Never come back! Do not let any of your officers or sailors come back.

“You have my best wishes. I never want to see you again! Be smart! Go!” 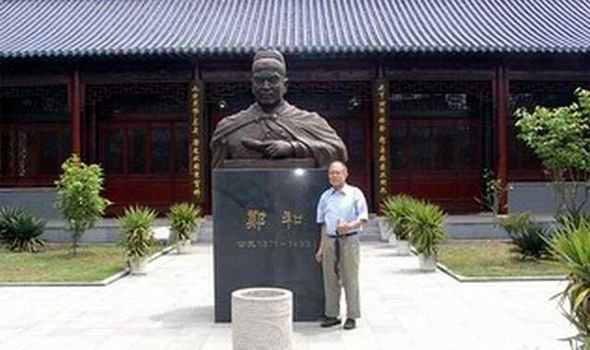 The traditional Chinese interpretation of the story adds that, around one year later, a tattered ship returned home and told the Emperor that every vessel in the fleet had been lost and Zheng He himself had gone down with his ship off the coast of modern day Sri Lanka.

Then, after Mao Zedong’s communist revolution in 1949, interest in the “Ghost Fleet” was resurrected, as the Communist Party saw the propaganda potential in a story about Chinese vessels exploring and mapping the world, spreading wealth and knowledge as they did so.

Until the 20th century, it was widely assumed that the fleet met its end in the Indian Ocean – true to the narrative that Zheng He’s vessel had sunk off the Sri Lankan coast.

But despite Beijing funding searches in these waters for decades, little has been found – meaning the fleet has effectively vanished. 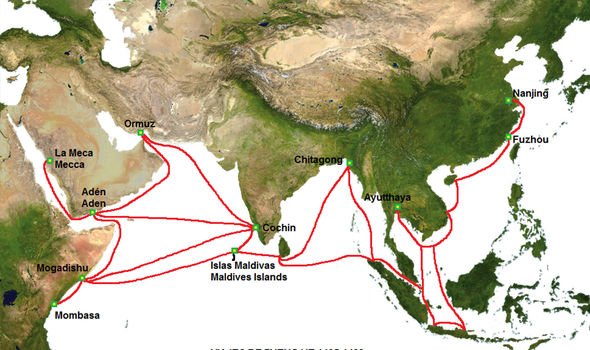 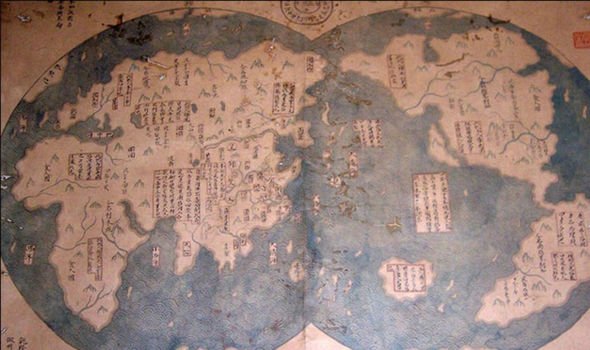 Some believe Zheng He may have had an almost complete map of the world during his last voyage, although this is disputed.

In 2010, a team of 11 Chinese archaeologists searched the remains of a ship believed to have sunk off the Kenyan coast 600 years earlier.

The shipwreck provided evidence of the first contact between China and East Africa. 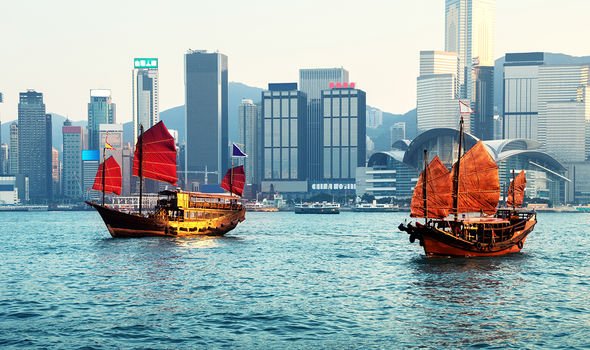 According to legend, some sailors survived the ship’s sinking, swam to shore, and were allowed to stay after they killed a deadly snake.

In 2005, as part of an event in the run-up to the 600th anniversary of Zheng He’s first voyage, the Chinese paid a visit to Lamu to undertake DNA tests.

A Swahili family was found to have had traces of Chinese ancestry.