Liz Truss was put on the spot over her past support for Remain in the Brexit referendum as she was challenged over her bid to take over from Boris Johnson in Number 10. The foreign secretary notably backed the campaign to remain in the European Union in 2016, a move some have suggested might hinder her efforts. During her address for her “Liz for Leader”, ITV correspondent Anushka Asthana grilled her voting record before suggetsing Ms Truss should “swing behind” Penny Mordaunt, who voted to leave the European Union, to ensure “party unity”. 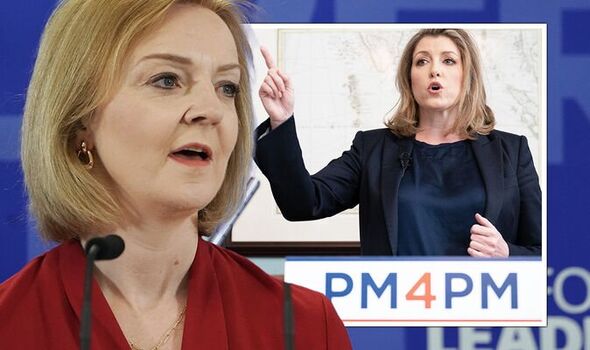 Ms Asthana said: “Elizabeth Truss, you voted remain, and you remained in the cabinet when tax rises came in.

“Penny Mordaunt backed Brexit from the start. Some say she is the real candidate of the right.

“Given that analysts say she is going to beat you, would not the right thing for party unity be to swing behind her?”

To a chorus of supportive Conservative MPs, Ms Truss said: “Well, since the referendum in 2016, I have done so much to deliver on the promises of Brexit.”