What are you up to Macron? Boris demands answers on France banning Britons 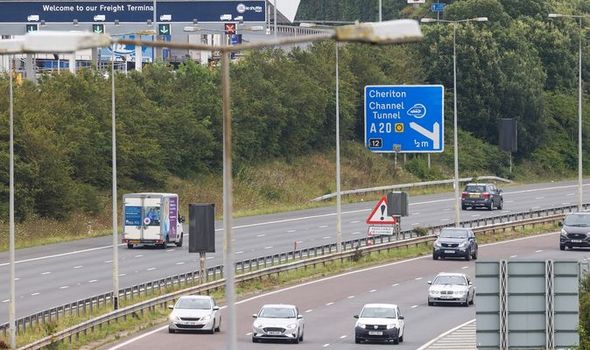 French border officials have turned away UK motorists wanting to travel across the Channel after restrictions were tightened up without any notice. The government was yesterday (THURS) seeking urgent clarification about the situation and advised Britons to check before travelling. Non-essential travel from the UK to France has been banned since December 18 to try to curb the spread of the Omicron variant of coronavirus, but several exemptions have been in place.

The tighter restrictions emerged after Roland Moore, a British public affairs executive, who lives in Brussels, was stopped by French border officers when he tried to drive onto the shuttle at Folkestone. He said: “I was told being a Belgian resident . . . was no longer a compelling reason for transiting [France] to go home.”

Mr Moore posted a copy of a document he said French border police handed to him to explain the rules. “Until now, British nationals benefiting from the (Brexit) Withdrawal Agreement residing in another European Member State could transit through France to return to their home . . . From now on border guards should no longer consider [this] as a compelling reason.”

Eurotunnel Le Shuttle, which operates vehicle-carrying trains between Folkestone and Calais through the Channel Tunnel, said the decision was made by the French government on Tuesday.

The Foreign Office updated its travel advice for France, stating: “The French government have indicated that UK nationals travelling from the UK who are not resident in France will not be permitted to transit France to return to their country of residence unless they are travelling by air.

“We are urgently seeking further clarification from the French government, and in the meantime advise UK nationals returning to other European countries via France to check with their carrier before travelling.”