Save it for politics! Brexiteer fury as England players ‘take knee’ during football game

Gareth Southgate’s side was lined up and ready for kick-off in their international friendly with Austria at Middlesbrough’s Riverside Stadium when the referee blew his whistle and all 22 players on the pitch took the knee.

The gesture, which has become a common sight throughout football as a collective message of support for social change, was met by boos of opposition from a significantly loud number of the England fans before the rest of the fans in attendance applauded loudly to show their support.

Now Brexiteers have hit back at the action of the players claiming debates about social injustice do not belong in football but in politics.

“Not an international football match.” 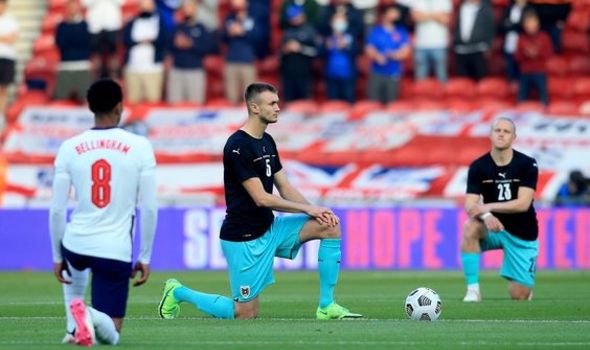 Another person tweeted: “Keep politics out of sport, it never used to be allowed.

“Fans need to talk with their feet but they can’t do away with their weekly fix.”

Someone else lashed out at the footballers and said: “If they are serious, what else are they doing? 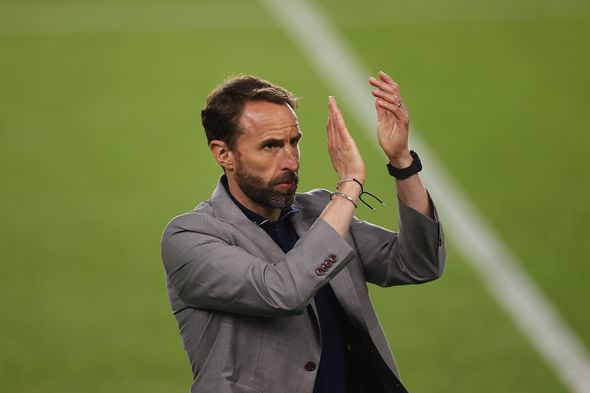 Others remarked how wearing a poppy was banned by Fifa and UEFA.

While many hit out at the action taking by the players, others took to social media to voice their displeasure at the booing fans on Teesside.

“Disgraceful that some football fans would boo the players taking the knee,” tweeted one, while another went further in his condemnation of those who booed.

“Wonder how England’s black players feel about the booing when they took the knee?” he tweeted. 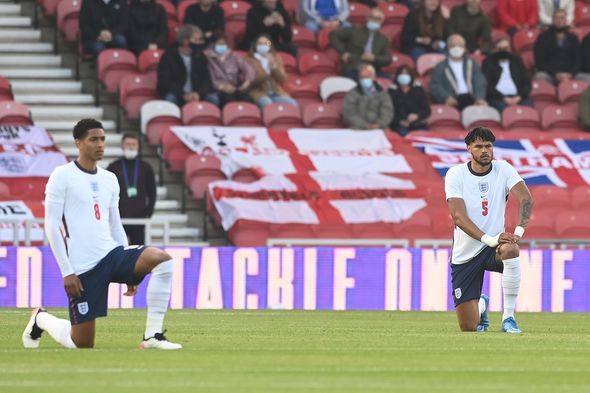 “Will those same booing morons cheer a goal scored by Sako, Bellingham or Mings?

“If you boo that, you’re supporting the racist abuse many black players get after games,” he continued.

“Kneeling is nothing to do with the BLM organisation. It’s about the aims of anti-racism. That’s what they just booed.”

Someone else said: “Boos against an anti-racism statement being drowned out by loud applause is my favourite song.” 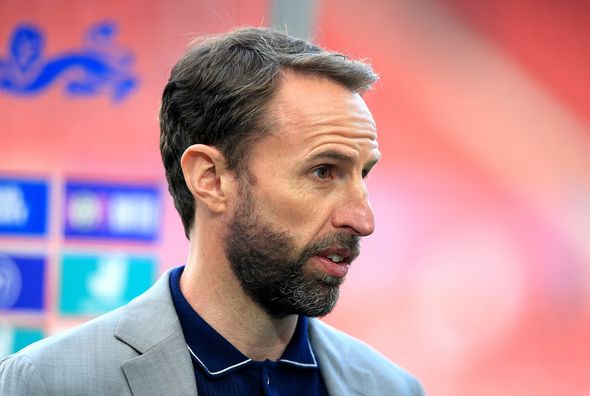 Broadcaster Max Rushden was among those dissenting voices on social media, and he tweeted with the #KickItOut hashtag as he praised those whose applause eventually drowned out the boos.

“The fact even one person boos taking the knee is reason to keep doing it,” he posted.

“Pleased with those at the Riverside whose applause drowned out the others. But still. #KickItOut.”

Another fan took aim at the vocal minority as they posted: “Some England fans at The Riverside decide to boo England and Austria players taking the knee. Other fans applaud.

“To those who booed the players – you are an absolute disgrace.”