The former Chancellor, Rishi Sunak, remains a firm favourite to replace outgoing Prime Minister Boris Johnson, who humiliatingly resigned from Downing Street last week. Mr Johnson still remains in charge, but once his replacement has been chosen will vacate his position as Britain’s most powerful figure, paving the way for his successor to take charge. The race to become Mr Johnson’s successor begins in earnest today, with the eight candidates vying for the role hoping to receive the necessary backing from MPs today.

The first round of voting is expected to start from 1.30pm, with hopefuls needing at least 30 votes to stay in the race to become Prime Minister.

While Mr Sunak is viewed as the most likely candidate, his time in Government has not always been easy, including when his wife Akshata Murty sparked fury with the public during the coronavirus pandemic.

Last year, it emerged Ms Murty, who is worth more than the Queen at approximately £500million, used taxpayer money to furlough staff at her gym business. 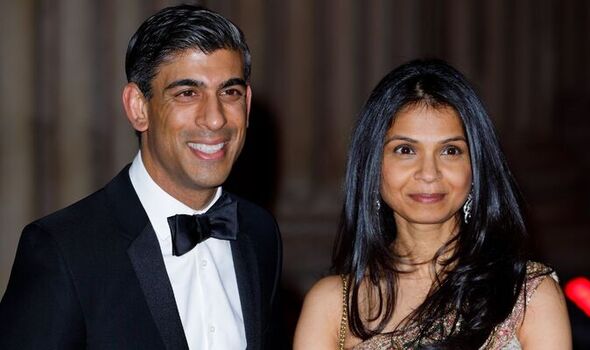 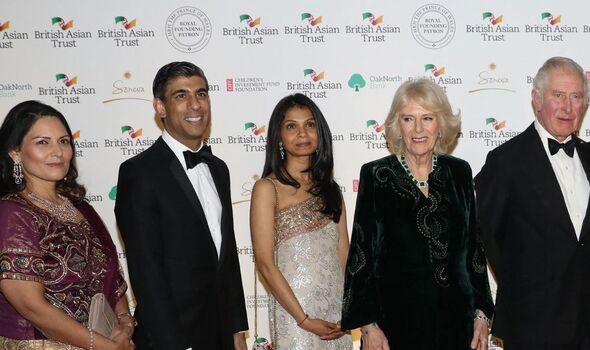 Her boutique gym business Digme was among thousands of premises forced to close as a result of the COVID-19 outbreak, which begun in 2020.

As well as her gym business, Ms Murty is the daughter of N. R. Narayana Murthy, one of India’s biggest, and wealthiest, businessmen.

The emergence of Ms Murty’s link to the firm placed Mr Sunak under fierce pressure from critics to ensure the furlough scheme was continued past its planned end in April.

JUST IN: Grant Shapps ‘edited’ grades on own Wikipedia page 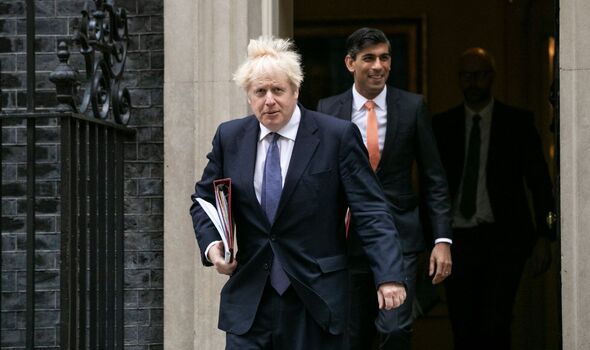 He was also heavily criticised for “failing to declare his wife’s family wealth in his ministerial register”.

At the time, a spokesman for the Treasury said: “The Prime Minister’s independent adviser on ministerial interests has confirmed he is completely satisfied with the Chancellor’s propriety of arrangements and that he has followed the ministerial code to the letter in his declaration of interests.”

In papers released by HM Revenue and Customs, a list of all employers who claimed furlough money for in December was released, but it did not include the firms that did so in the previous eight months.

How much cash received was also not included. 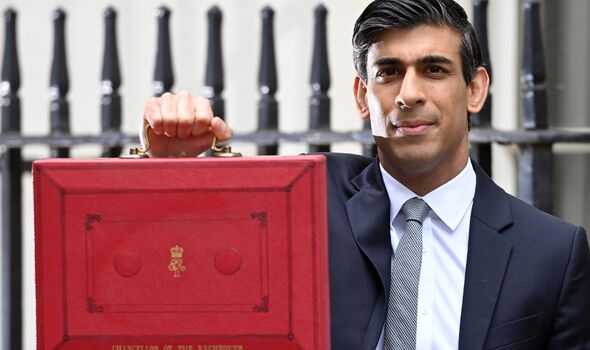 Former Treasury minister Lord Myners said: “Getting information from the Government of those who have benefited from taxpayer support is like drawing teeth.

“There is a clear reluctance in government to enlighten the public.”

The backlash Ms Murty, and Mr Sunak, received was fierce, with many outlining their horror over why taxpayer money was being used to prop up such wealthy business owners, while others struggled.

One commenter bluntly summed it up on the article, writing: “These people just keep getting worse, no shame whatsoever!!” 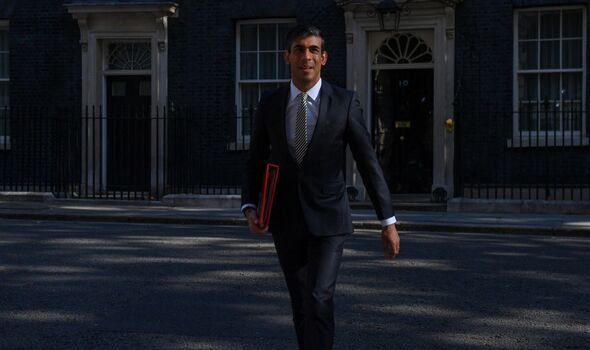 Another wrote: “There’s no getting worse, they are just what they are.”

A third replied: “Absolutely disgusting, there ought to be laws that prevent the wealthy from using such said schemes.”

A fourth continued: “These people with millions in the bank should not claim taxpayers cash and what does Rishi Sunak [know] about struggling financially… nothing.

“Most politicians have there fingers in other pies where money is not an issue and do not live in the real world like the majority of us.”

While a fifth concluded: “It’s a disgrace to this country in a time where people are struggling to survive.

“She CLEARLY DOESN’T NEED help from the Government scheme she could quite easily pay her staff without batting an eyelid she should be up on fraud charges.”

Mr Sunak’s time in Government, which begun with his surprise appointment as Chancellor in 2020, has also seen him face other allegations, including over the Partygate scandal.

As a result of his role in the scandal, Mr Sunak, along with Mr Johnson, was fined by police for breaking lockdown rules in Downing Street in June 2020.

Numerous calls were made for Mr Sunak to stand down, but he said in a statement earlier this year when the fine was revealed: “I understand that for figures in public office, the rules must be applied stringently in order to maintain public confidence.

“I respect the decision that has been made and have paid the fine.”