Rishi Sunak net worth: How rich is the Tory leader candidate?

Rishi Sunak grilled by host on lack of 'feeling deprived'

The extremely wealthy Mr Sunak is on track to become the next Conservative party leader, but his vast wealth has been the subject of criticism from the public and opposition benches. The former chancellor came top in Thursday’s second round of voting with the support of 101 MPs, ahead of his closest rival Penny Mordaunt who got 83 votes.

How rich is Rishi Sunak?

Earlier this year, the Sunaks found themselves at number 222 on the Sunday Times rankings of Britain’s 1,000 richest people.

The pair have a joint £730 million fortune, according to the annual list.

Mr Sunak was the first ever cabinet minister to appear on the list, which drew significant ire from the public and some politicians, given his role as Chancellor of the Exchequer. 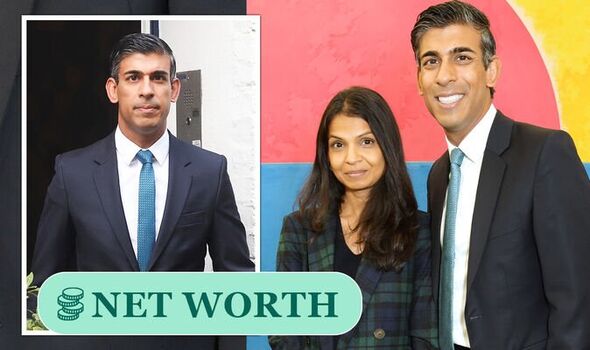 How did Rishi Sunak get rich?

Rishi Sunak enjoys huge wealth thanks to his wife, Akshata Murry, having a stake in IT giant Infosys.

But despite his vast riches, Mr Sunak has continued to insist he is just like everyone else throughout his leadership campaign. 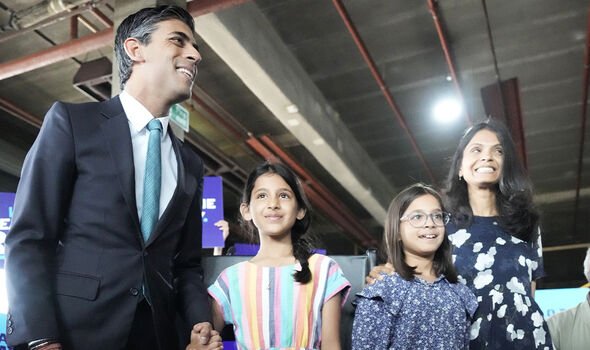 Mr Sunak has also worked as a banker for Goldman Sachs and as a partner at a hedge fund firm.

The pair live a lavish lifestyle in comparison to most Britons; the couple’s property portfolio includes a Kensington mews house, a west London flat, a manor house in Yorkshire, and a California penthouse, all of which are worth millions.

The Yorkshire MP has said he is not “too rich” to become Prime Minister, saying his wealth doesn’t make him out of touch with ordinary people.

He said: “As a Conservative is I believe in hard work and aspiration and that’s my story and if I’m prime minister then I’ll be making the case for that with vigour. 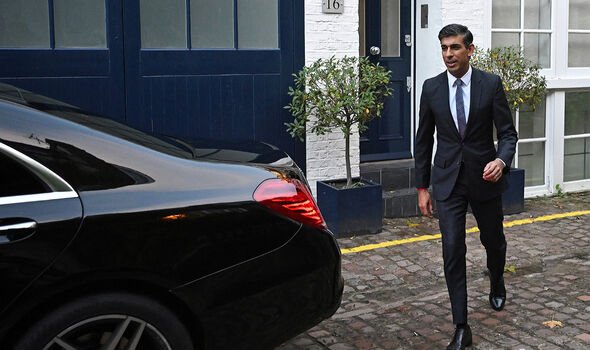 “I don’t judge people by their bank accounts, I judge them by their character and I think people can judge me by my actions over the past couple of years.”

As Chancellor, Mr Sunak came under scrutiny for his wife’s tax affairs after it was revealed she benefitted from non-domicile tax status.

It was estimated Ms Murty had saved around £20 million in taxes by using the status.

After a furious political row, Ms Murty agreed to pay UK tax on her worldwide income, including dividends and capital gains, saying she did not want her tax status “to be a distraction for my husband”.

In the wake of that revelation, it emerged Mr Sunak had held a US green card, meaning he declared himself a “permanent US resident” for tax purposes for 19 months while he was Chancellor and for six years as a member of the Commons.

The debacle also threatened to derail Mr Sunak’s political career, with his popularity plummeting thanks to the exposure of the tax affairs.

Mr Sunak was also slammed for reducing the pandemic uplift of £20 a week for those on Universal Credit, and again for raising National Insurance by 1.25 percentage points.

However, he has many supporters in his campaign to become Tory leader, with further rounds of voting and a leadership debate to come this weekend.

Should he take the top job, Mr Sunak has pledged to lower taxes and tackle inflation, saying he has a plan to deal with the current “headwinds” facing the country.

He said: “I have a plan to steer our country through these headwinds. Once we have gripped inflation, I will get the tax burden down. It is a question of ‘when’, not ‘if’.”

The former Chancellor also promised: “A return to traditional Conservative economic values – and that means honesty and responsibility, not fairytales.”