On the trail: Biden calls for Democratic unity, warns against 'bloodbath,' Sanders attacks

ST. LOUIS/DEARBORN, Mich. (Reuters) – U.S. Democratic presidential candidates Joe Biden and Bernie Sanders campaigned in the Midwest on Saturday, as the two prepare for a showdown in Michigan, Missouri and four other nominating contests next week. 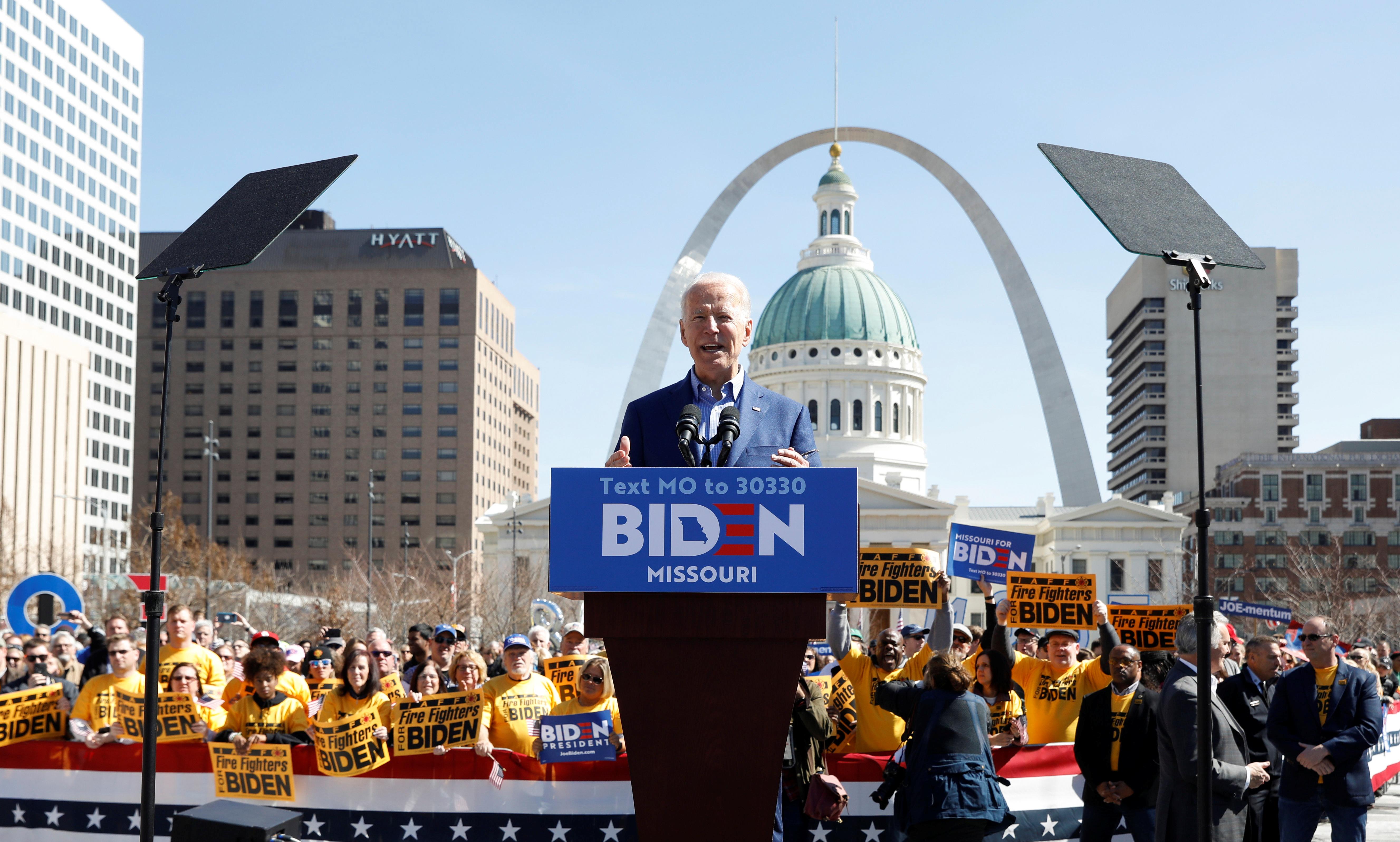 Sanders, 78, who until recently was the front-runner in the party’s race to face Republican President Donald Trump in November, is now trailing in delegates and desperate to regain momentum after Biden, 77, received a rush of endorsements from party establishment figures following his strong “Super Tuesday” showing this week.

Below is a summary of Saturday’s events.

Biden called for Democratic unity against Trump at a rally in St. Louis, Missouri, shortly after Sanders attacked his record and Biden had warned against a primary “bloodbath.”

“We’re going to unite this party and unite this country,” Biden said.

Biden thanked former Democratic White House rivals who recently dropped out of the race and endorsed him, including Pete Buttigieg, the former South Bend, Indiana, mayor, and U.S. Senator Amy Klobuchar of Minnesota.

Biden also unexpectedly thanked supporters of Kamala Harris, fueling speculation that the former Democratic presidential candidate may be about to endorse him. Harris, a U.S. senator from California, has been weighing such an endorsement, according to a person familiar with her thinking.

Sanders attacked Biden at a Michigan rally on Saturday, hours after Biden’s warning against a “bloodbath” in the primaries involving the U.S. senator from Vermont and self-described democratic socialist.

Speaking to a crowd in the Michigan suburb of Dearborn, Sanders lambasted the former vice president for voting in support of the Iraq war and for trade deals he says cost millions of American jobs, including in Michigan and the Midwest.

“Joe Biden voted for those agreements. I wish I didn’t have to tell you what you already know. Those agreements turned out to be an absolute disaster,” Sanders said, referring to trade deals including the 1994 North American Free Trade Agreement, or NAFTA.

“At the end of the day people understand that if you are taking lots of money from billionaires, you’re not going to be there standing up for the working class and the middle class of this country,” Sanders said.

Sanders questioned whether Biden could generate enough energy and enthusiasm to prevail against Trump. But he also called Biden a friend, and said both were in agreement that they would support the other against Trump should the other win the nomination.

On Friday night, Biden told a crowd at a fundraiser in Bethesda, Maryland, he was worried his battle with Sanders for the Democratic nomination could turn ugly.

“What we can’t let happen is let this primary become a negative bloodbath. We can’t tear this party apart and re-elect Trump. We have to keep our eyes on the ball,” Biden said as he telephoned in to the Bethesda event.

The race has become a two-man contest between Biden and Sanders. Tulsi Gabbard, a Hawaii congresswoman, is the only other Democratic candidate still in the nominating contest, but has virtually no chance of winning.

Biden and Sanders will face off on Tuesday in Idaho, Mississippi, Missouri, Washington state, North Dakota and Michigan. A big win for Biden in delegate-rich Michigan would deliver a major blow to Sanders’ hopes of becoming the nominee.

The moderate wing of the Democratic Party has been rapidly coalescing around Biden to stop a Sanders nomination, since Biden’s big win in South Carolina on Feb. 29. On Saturday morning the Biden campaign announced another slew of endorsements from Democratic lawmakers in Missouri – over 60.

Missouri is one of six states to vote on Tuesday, where Biden was due to hold two events on Saturday. Jay Nixon, the state’s former Democratic governor, swung his support behind Biden, leading a well-choreographed army of Missouri officials – 68 in all – to come out in support. They included current and former state politicians, judges, council members and aldermen.

After his rally in St. Louis Biden was heading to Kansas City, Missouri, where he is scheduled to be joined by U.S. Representative Emanuel Cleaver of Missouri, a former Congressional Black Caucus chairman who endorsed Biden in September. 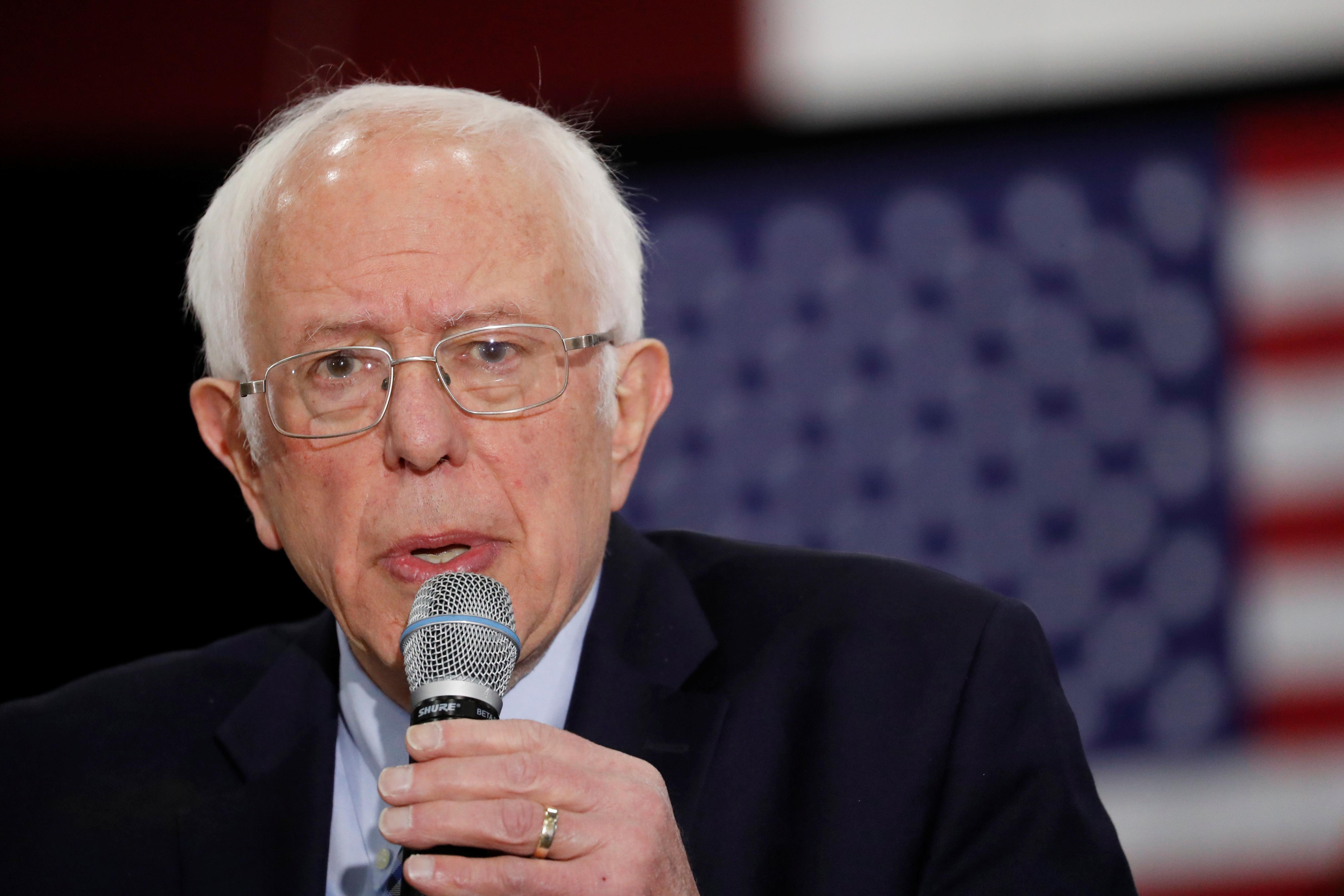 Sanders’ appearance in Dearborn began a weekend of campaigning in the crucial battleground state of Michigan, which offers 125 of the 1,991 delegates needed to win the nomination.

Sanders, who won the Michigan primary in 2016 when he ran unsuccessfully for the nomination against Hillary Clinton, was heading to Flint, Michigan, after Dearborn for a town hall focused on racial and economic justice. On Sunday he is set to visit Grand Rapids and Ann Arbor.