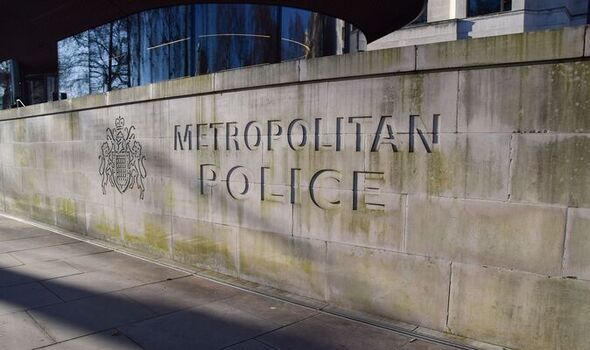 The hunt for a successor to Dame Cressida Dick was triggered when she announced she was quitting as Met chief in February because she had lost the confidence of London Mayor Sadiq Khan. Final interviews are due to take place in the next two weeks and applications have been encouraged from people in leading positions in forces in Australia, Canada, New Zealand and the United States.

Rick Muir, director of the Police Foundation think tank, warned that relations between Scotland Yard and London City Hall are in a “really bad state” and have “broken down politically”.

Mr Muir said: “That can’t carry on any longer so a new Commissioner, at least, is an opportunity to reboot that relationship.”

Claiming that officer morale is “pretty low at the moment”, he said the departure of Dame Cressida “went down really badly within the Met”.

He said: “She was a popular Commissioner within policing and so they really didn’t like the way that she was forced out and because of that I think it’s created a conflict between the Met – not just at a senior level but right throughout the organisation, I think – and the Mayor. I think there’s a real tension there now, and that is something that the new Commissioner and the Mayor are going to have to work on as a priority to get that relationship right.”

Former Conservative mayoral candidate Shaun Bailey argued that Met officers did not feel they had the support of the Mayor.

“If you speak to rank and file officers, they don’t believe that the Mayor, politically, is on their side.”

MPs from across the political divide say they have no confidence in the ability of officers from within the Met to solve its problems.

Former Cabinet Minister Andrew Mitchell said: “Being the Metropolitan Police Commissioner is probably one of the most difficult jobs in Britain to do well, and that is why we should look in an imaginative way outside the police ranks for someone with exceptional leadership skills.

“This is most likely to be found at the very top of the British army, something which has happened in the past between the wars.”

A number of Labour MPs have joined Andrew Mitchell in calling on the Government to cast the net wider.

But former Conservative policing minister Damian Green hoped that a successor to Dame Cressida could be found within UK forces.

He said: “The next Commissioner needs to be someone who is used to the model of policing by consent, which for many outsiders would be difficult. Surely somewhere in British policing we have a suitable candidate.”

Former Labour policing minister David Hanson said: “I would caution against appointing from outside the UK or from the army – it’s important for any Met commissioner to understand fully the UK policing role and in my view to have worked through the ranks.”

A spokesperson for the Mayor of London said: “The Mayor has been clear that the need for urgent police reform is not about being anti-police – far from it. It’s about facing up to some hard truths to ensure we have the best, most effective and most professional police force for Londoners.

“The Mayor has said that there are thousands of decent, brilliant police officers in the Met who not only share his concerns, but his aspirations for better policing in London.

“The Mayor’s top priority is to keep Londoners safe and he, more than anyone, wants the Met to succeed. That’s why he has invested record sums in policing from City Hall to support the police officers who have worked incredibly hard to bring violence in our city down. Sadiq is ready to work with the Home Office and a new reforming Commissioner to deliver the step change in policing culture and performance that Londoners deserve.”