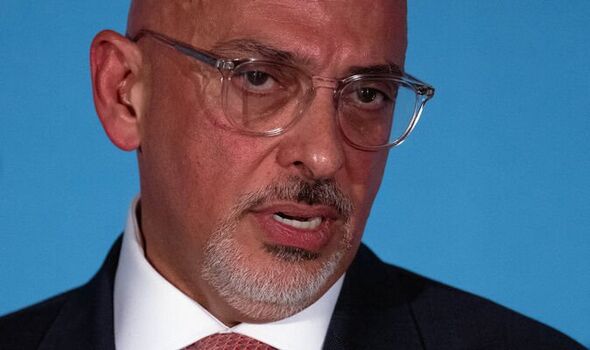 The Chancellor, who fled Baghdad as a child under threat of persecution from Saddam Hussein’s regime, told the Daily Express how protecting the country is a deeply personal mission. Mr Zahawi said he knows first hand the price of inaction and vowed he “will never let it happen on my watch”.

He insisted it is time for “action not words” in the face of the growing threat from tyrannical regimes.

In a detailed blueprint to put the country’s military on a sound footing, he pledged to raise defence spending to 2.5 percent of national income by 2025 – five years earlier than the current government target.

It would mean an extra £11 billion by the end of the three years, taking the annual budget then to £57.5 billion.

Plans to cut troop numbers by 10,000 – branded madness by army top brass – will be reversed and land, sea and air defences will all be bolstered.

Mr Zahawi, said: “The public rightly expects the Government to keep them safe and to stand up to the horrors being committed on our doorstep in Ukraine.

“But we cannot rise to the challenge without properly funding our selfless armed forces, and funding them fast.

“I escaped the horrors of Sadam Hussain – I know the price of inaction and I will never let it happen on my watch.” 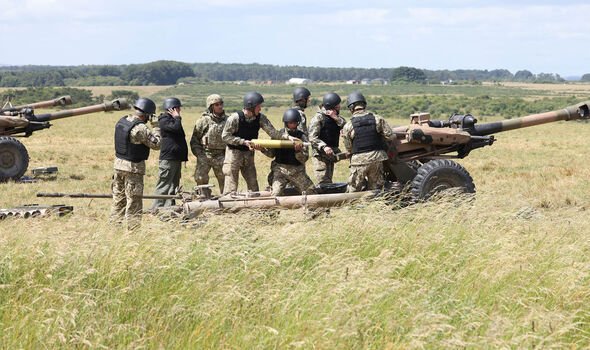 Mr Zahawi was born in Baghdad to Kurdish parents in 1967 and the family fled to safety in the UK when he was nine.

He started leading polling company YouGov from his garden shed in 2000 and floated the company five years later.

Mr Zahawi said Britain is a “beacon of hope” for oppressed people all over the world.

The Cabinet minister promised to close loopholes in the sanctions regime against Russia.

The Financial Conduct Authority will be given powers to close crypto accounts linked to “designated persons”, such as cronies of dictators such as Russia’s Vladimir Putin.

Oligarchs like Roman Abramovich will be stopped from offloading assets to avoid sanctions before they formally come into force.

Mr Zahawi will also clamp down on the flow of Chinese money into universities and strategic industries. 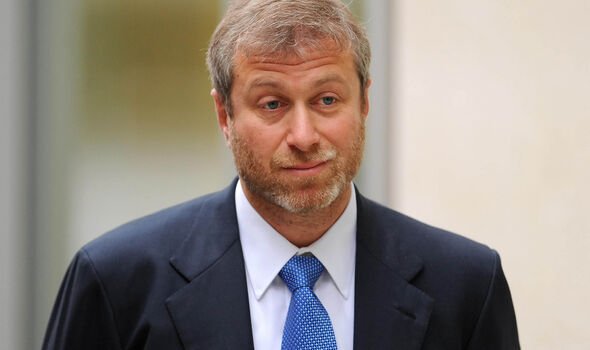 Conservative MPs have been increasingly concerned about the grip the Beijing government has on British infrastructure and its influence on academic institutions.

Ex-Chancellor Rishi Sunak reduced international aid spending from 0.7 percent of GDP during the pandemic but promised to restore it when the economic situation improved.

His successor insisted he will maintain the 0.5 percent level indefinitely.

Mr Zahawi said he would change aid rules so that military support for Ukraine and support for British overseas territories can count towards the figure.

Hei said: “The freedoms that we hold dear are facing threats not seen before in this century. From Putin’s barbaric invasion of Ukraine, to China’s murder of its own citizens, tryanny is on the rise.

“We must be prepared to keep our great nation safe and uphold commitments to our allies.

“But we need actions, not words. That is why I will increase our defence spending to 2.5 percent of GDP by 2025. This will reverse the 10,000 troop cuts and bolster our land sea and air defences.

“But warfare is evolving, and we need to use every weapon in our arsenal. Our economic sanctions regime rightly targets those complicit in Putin’s war crimes, but it must go further. “We cannot stand idly by while those on the sanctions list exploit loopholes to offload their assets and evade the consequences of their actions. 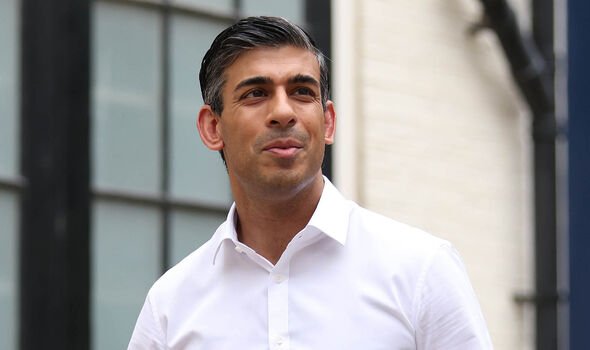 “My commitment to Trident and Nato is non negotiable. I want strong and thriving relationships with our core allies in the US, Europe and the Commonwealth to show a united front to our enemies.”

Mr Zahawi also challenged Mr Sunak on tax by promising to slash the burden on families and businesses by £30billion.

The new Chancellor tore into his predecessor’s record by saying tax and spending had been “skyrocketing” for ‘“too many years”.

Mr Zahawi, who took over at the Treasury after Mr Sunak quit last week, said the basic rate of income tax would be cut by a penny next year, followed by another penny in 2024, taking it to 18 percent.

But Bank of England governor suggested Mr Zahawi as Chancellor should only be setting out tax plans at a budget.

He said: “I don’t like offering views on the constitution, but I don’t think things that should be done in Budgets can ultimately be done outside Budgets but, obviously, all of you have all sorts of views on these matters.”

Mr Sunak remained the lone voice among the 11 candidates in sticking with taxation plans he put in place as Chancellor.

Party grandees warned against cutting taxes until the economy is in a stronger position.

Former Chancellor Lord Lamont said: “You can’t grow your way out of inflation, you’re just likely to add to it if you attempt to do that.

“And there’s a real danger if you cut taxes, let’s say cut VAT in order to increase spending, to boost the economy, all you get is a very temporary boost and then you get more inflation”.

“They might well undermine, not confirm, the priceless reputation of the Conservative Party for disciplined economic management,” he added.