Sky News Deputy Political Editor, Sam Coates, revealed a “blame game” was ongoing in the Labour party with some critics pointing the finger at Angela Rayner after the Hartlepool by-election disaster. Insiders state her lack of commitment – with one telling Mr Coates she only visited 22 locations during the campaign – as being behind the Labour loss as reports reveal she has been sacked by Sir Keir Starmer. Labour insiders state there will be a policy rethink and a potential frontbench reshuffle following the “Super Thursday” elections which saw Labour losing several safe seats.

Mr Coates told Sky News Ms Rayner has been sacked by Sir Keir and quipped the news travelled so quickly the news of the sacking reached newsrooms before the meeting ended.

He told Sky News: “Deputy heads should roll it appears, just a day after Keir Starmer told the TV cameras that he takes full responsibility for Labour’s defeat in the election.

“There appears to be a bitter blame game underway with people attacking Keir Starmer’s office for the decision.

“Things are so fast-moving that news of her people being removed appeared to seep out before the event had concluded.”

Mr Coates explained the reasoning behind the sacking which he says is down to Ms Rayner’s campaigning responsibility and her failure to protect Labour seats.

The political editor added many in the party and even non-allies of the former deputy leader say the sacking is “ridiculous”. 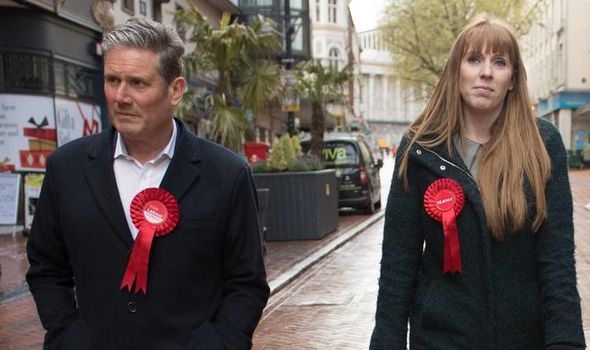