Grenell Pursued Talks Over Change of Power in Venezuela

A close ally of President Trump quietly met with an associate of President Nicolás Maduro, whom the United States does not recognize as the leader of Venezuela. 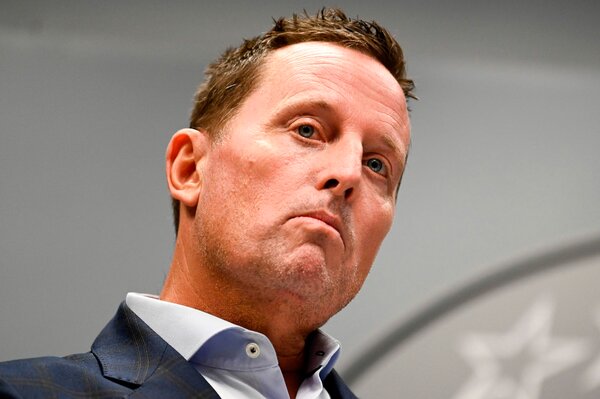 WASHINGTON — Richard Grenell, a close Trump ally who has served numerous roles in the administration, quietly embarked on a pre-election mission last month that was at least partly intended to persuade President Nicolás Maduro of Venezuela to give up power.

Had Mr. Maduro agreed to stand down, it could have been a major foreign policy victory for Mr. Trump in the weeks before the election. But there is no evidence that Mr. Grenell’s trip had any effect, and it was not clear why Mr. Maduro, a socialist strongman who has maintained power despite international opposition, would suddenly consider stepping down.

The trip, which was reported by Bloomberg News on Wednesday night, caught the State Department and even some White House officials off guard and created confusion about its purpose.

A person involved in the planning of the trip said that it was intended at least partly to negotiate for the release of American detainees in Venezuela, but the White House official and Mr. Grenell denied that. Under current U.S. policy, officials can negotiate only with Mr. Maduro or his loyalists to discuss the terms of his departure.

Mr. Trump’s stance, which was at the fore of the international community’s condemnation of Mr. Maduro, won him plaudits among American hard-liners, including among Latino voters in Florida, a pivotal swing state.