Francis Collins, Who Guided N.I.H. Through Covid-19 Crisis, Is Exiting

The agency’s director under three presidents said he was planning to shift his focus back to the lab, and that he hoped his replacement would be a woman. 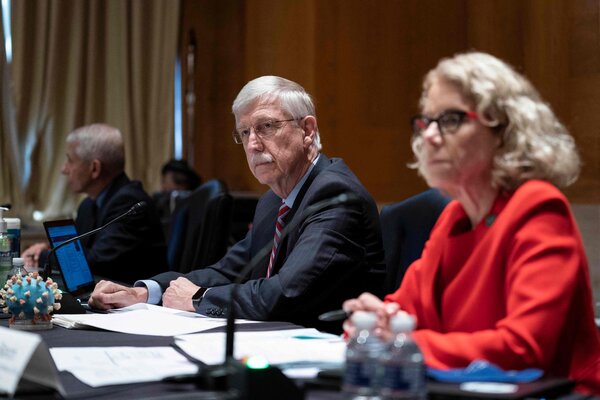 By Noah Weiland and Gina Kolata

WASHINGTON — Dr. Francis S. Collins, the director of the National Institutes of Health, holed up in an Airbnb in the countryside in May to ponder leaving the job he had held for more than a decade, over three presidencies.

“I spent a long weekend thinking about this and mapping out timetables and pros and cons,” he said. He prayed over it.

On Tuesday he announced his decision: He would step down by the end of the year.

Dr. Collins’s replacement, once nominated by President Biden, will have to be confirmed in an evenly divided Senate. A division of the Department of Health and Human Services, the N.I.H. describes itself as the largest biomedical research agency in the world. In a statement on Tuesday, Mr. Biden called Dr. Collins “one of the most important scientists of our time.”

“After I was elected president, Dr. Collins was one of the first people I asked to stay in his role with the nation facing one of the worst public health crises in our history,” Mr. Biden said. “Millions of people will never know Dr. Collins saved their lives. Countless researchers will aspire to follow in his footsteps. And I will miss the counsel, expertise and good humor of a brilliant mind and dear friend.”

Dr. Collins, 71, was appointed in 2009 by President Barack Obama after more than a decade leading the National Human Genome Research Institute, which is part of the N.I.H. There, he led the international Human Genome Project, which mapped the genes in human DNA. The N.I.H. said on Tuesday that Dr. Collins would continue to lead his laboratory at the genome institute, which is studying the causes and prevention of Type 2 diabetes and new therapies for Hutchinson-Gilford progeria syndrome, a form of premature aging.

Among the N.I.H.’s accomplishments under Dr. Collins was its support for research into mRNA vaccines, said Dr. Anthony S. Fauci, the director of the National Institute of Allergy and Infectious Diseases at the N.I.H. Scientists at the health agency then made crucial discoveries that enabled the development of the Moderna and Pfizer-BioNTech vaccines.

In its announcement, the N.I.H. noted that Dr. Collins had increased its substantial budget by more than a third, to $41.3 billion in 2021 from $30 billion in 2009 — the result, his admirers say, of a steady campaign to win over Congress.