The GB News presenter insisted the death knell for the Prime Minister came on Tuesday after Downing Street admitted he “forgot” he had been told that Chris Pincher was the subject of an official complaint about his conduct in 2019. No 10 had previously claimed Mr Johnson had not been aware of any “specific allegations” after the Tamworth MP’s resignation as deputy chief whip last week following claims he groped two men at a private members’ club.

Writing in the Telegraph, Mr Farage said: “The final nail in the coffin came in the afternoon, when Number 10 admitted that Boris Johnson ‘forgot’ last week about the claims against Chris Pincher dating from 2019 when the Carlton Club incident broke, only to suddenly remember them at some point over the weekend.

“You can only stretch people’s credulity so far, and the faces of the Cabinet as they met yesterday spoke volumes about their collective state of mind.”

The former Brexit Party leader said the dramatic resignations of Sajid Javid and Rishi Sunak within minutes of each other last night marks the “final furlong” of Mr Johnson’s premiership as he warned the Prime Minister is “wrecking” his party.

But Mr Farage insisted the departure of Mr Johnson would be a “golden opportunity” for the Tories. 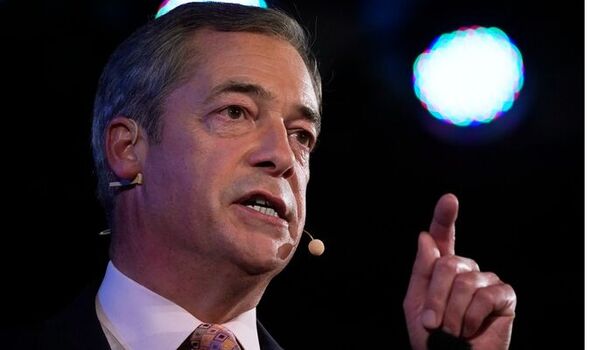 He said: “If the Conservatives installed in Number 10 a prime minister who wanted to restore honesty and decency to British politics, and not just showmanship and humour, they would be in with a chance of winning a historic fifth term.

“Replacing Johnson would also be a wonderful opportunity for the Conservative Party to rediscover its purpose.”

The GB News host said a new leader could “redefine Conservatism in the 21st century and use this moment to restore its fortunes”.

Mr Farage questioned if any members of the Cabinet or Tory backbenchers have the “courage or leadership skills to do these things”. 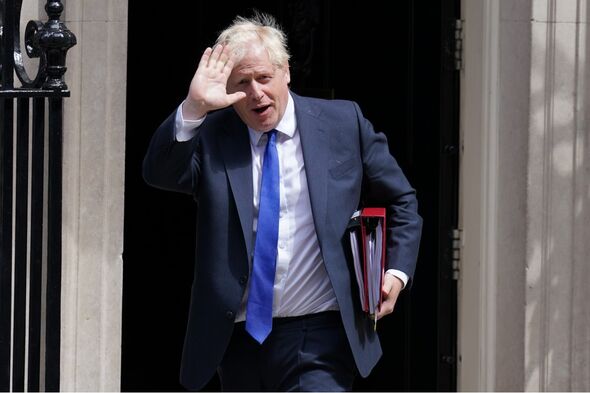 But he added: “Either way, the end of Boris Johnson’s time as premier is not a disaster for the Conservative movement. It is a big opportunity, and it must be grabbed with both hands.”

The Prime Minister is facing a fresh wave of ministers and aides submitting their resignations today, while previously loyal MPs are abandoning him.

Speaking at Prime Minister’s Questions today, Mr Johnson vowed to keep plugging on despite the mutiny.

He said: “Clearly if there were circumstances in which I felt it was impossible for the Government to go on and discharge the mandate that we have been given or if I felt, for instance, that we were being frustrated in our desire to support the Ukrainian people… then I would.

“But frankly the job of a Prime Minister in difficult circumstances when he has been handed a colossal mandate is to keep going and that’s what I’m going to do.”

The Prime Minister’s fate may ultimately lie with backbench Tory MPs if the 1922 Committee’s rules are changed to allow another confidence vote within 12 months.

Elections to the committee’s ruling executive are expected next week, which could then lead to a decision on changing the rules.