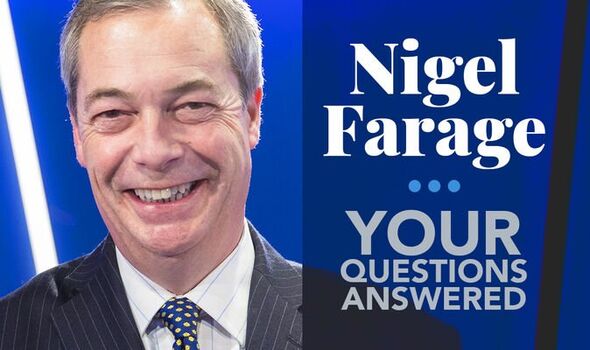 1) Following the failure of our Government to get Brexit done, what do we do next?

One way in which Brexit is done, is we’ve left the EU and there is absolutely no going back (however much Lords Adonis and Heseltine may try to argue to the contrary). The problem is that Brexit has not been done properly. I did try to warn everybody in 2019 that the “oven-ready” deal was far from perfect. So, what next?

Well, Northern Ireland has to become fully part of the United Kingdom, which means that Article 16 of the Northern Irish Protocol needs to be triggered.

Secondly, the fisheries deal was a complete sell-out, not just of our industry, but of our marine stocks as well, which are currently being diminished in the English Channel by European fleets. A government that says it’s “green” really ought to start dealing with that.

And thirdly, I’m pleased to see Jacob Rees-Mogg has been appointed the Minister for Brexit opportunities. He needs to move very, very quickly to start bringing us the benefits of Brexit. In particular, for our five and a half million self-employed and sole traders… The simplification and cutting of EU rules would benefit our country hugely.

2) I am increasingly convinced that Boris is a Remainer at heart evidenced by his response to Article 16, fishing, illegal immigration and a raft of other matters. What are your views?

Boris Johnson was always a Metropolitan Liberal. The truth is, he’s barely conservative. His pro-China views are clear, he supported amnesties for illegal migrants when he was Mayor of London, and on the referendum, I think he chose to back the Brexit side as a matter of career opportunity ‑ not as a matter of principle. Just look at his face the morning after the referendum result was declared. It was as if he was completely in shock and felt that he’d done the wrong thing.

The UKIP insurgency was the first time in England that we’ve seen the growth of a new party reaching major status. There is no doubt without UKIP, we would still be firmly in the European Union and not be having many other debates in British politics.

However, whilst UKIP and indeed the Brexit Party were able to top the poll in European elections held under proportional representation, breaking the First Past The Post system (although we did get close) proved to be impossible.

The system is designed so that nothing will change. And even when you are on the verge of winning seats, the establishment just bends the rules; misusing the postal voting system and massively overspending limits. The only way that we will stop the game of ping pong is if we have radical overhaul of our electrical system.

4) When, if ever, is a genuine Brexit going to be done?

That all depends on the will of the British government.

5) Are we ever going to diverge in meaningful ways or is Boris basically going to keep us aligned to the EU rules and regulations?

Thus far, we have stayed firmly aligned to EU rules, much to the dismay of many. The burden is now upon the shoulders of Jacob Rees-Mogg, who is a genuine Brexiteer and a very honest man. I wish Jacob well.

6) Nigel why are you not back in the front line? Sniping from the edges is all well and good but we need you in a place where you can really make a difference?

I can make a difference in the media, on GB News and via social media. Indeed, in the course of the last week, I was alone in arguing against further NATO expansionism. That argument is now gaining traction and being debated.

As for being in the front lines, no man can stay in that position forever but I continue to keep a close eye on this government…

7) Will we EVER get to WTO? It’s really a must to complete Brexit

I strongly favoured a WTO Brexit as opposed to Boris Johnson’s deal. However, if I’m being honest, that outcome now looks unlikely.

8) Who is to blame for the current Brexit stalemate?