Coronavirus: After a pub trip and a trim, PM urges Britons not to ‘stuff this up’

Boris Johnson has urged Britons not to “stuff this up” after he joined many in taking advantage of pubs reopening in England.

The prime minister said while there were “some people who have been getting it wrong” – with drinkers seen packed together in central London on Saturday night – most people “did the right thing”.

He urged the public to “enjoy ourselves safely” as coronavirus lockdown measures are eased, and revealed he has had a haircut.

His political opponent, Labour’s Sir Keir Starmer also got a trim over the weekend and was pictured pulling pints and posing with a beer that’s name poked fun at Dominic Cummings on Monday.

Asked during a visit to a rail construction site in Yorkshire if drinking and social distancing can mix, Mr Johnson said: “I think they can mix if people are sensible.

“Actually my evidence I’ve seen is yes – there have been some places where people have been imprudent and you can see there’s been some people who have been getting it wrong.

“But actually overwhelmingly over the weekend I think the people of this country did the right thing.

“But we cannot be complacent, we really can’t afford to stuff this up, to blow it now.” 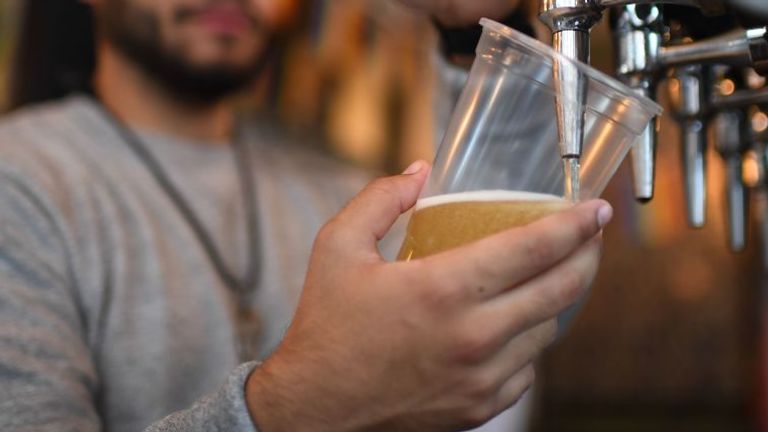 Number 10 said earlier police forces reported being “quieter than expected” after pubs and restaurants were allowed to open on Saturday.

They also confirmed he got a trim over the weekend and went for a drink near his Chequers country retreat.

“If you go to a bar or a restaurant outside right now, if it feels totally normal, exactly like it was before this pandemic, then something is wrong,” she said.